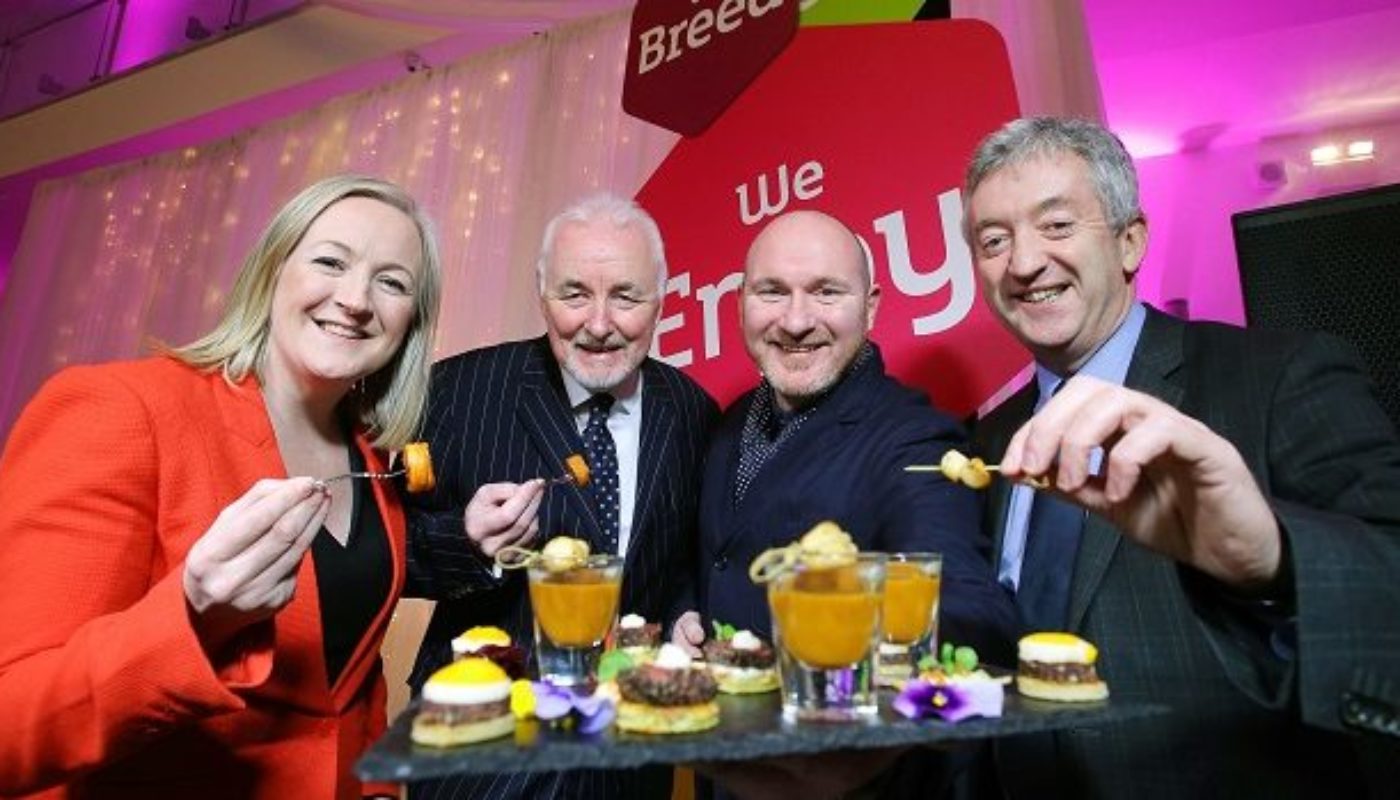 Nobody is going to forget Northern Ireland Year of Food and Drink in a hurry – it’s been a lip-smacking, thirst-satisfying taste sensation. The resounding success was highlighted last night during an event in the Ulster Museum Belfast celebrating the impact and achievements of the 12-month-long initiative, which was aimed at putting food and drink at the heart of the tourism experience.

Farmers, processors, bakers, butchers, micro-brewers and distillers joined seamlessly with chefs, restaurants, hotels, cafés, pubs, supermarkets and many more to play their part in helping to cook up a totally tantalising banquet. Thanks to an array of local foodie celebrations, festivals and events, and all kinds of food and drink innovations and initiatives, 2016 has served up nothing but a 12-course super-feast.

Tourism NI Chief Executive, John McGrillen, commented: “Tourism in Northern Ireland generated £764 million last year, a third of which was spent was on food and drink. The Northern Ireland Year of Food and Drink has been a prime opportunity to showcase to the world, ourselves and our visitors the unique food offering we have and this will only serve to increase Northern Ireland’s reputation in food and drink both at home and with our visitors. 2016 leaves us with an excellent foundation upon which to build further tourism success.”

Watch the wrap-up video from the Northern Ireland Year of Food & Drink below.

A Year of Stand-outs Key to the success of Northern Ireland Year of Food and Drink were the 12 monthly themes, which encouraged everyone involved in food and drink to get creative. Once the creativity was unleashed at the opening Ulster Hall gala banquet showcasing local fare in January, the tasty treats and stand-out events just kept on coming. Up and down the country, restaurant weeks, markets, game fairs, food tours, ‘catch and cooks’ and even a world record pancake flip attempt, all celebrated everything from our breads, meats, seafood, craft beers and ciders, dairy produce, Comber earlies, spirits and every imaginable food and drink that could be laid on a table. September brought the Great Taste Awards, and how appropriate was it that Northern Ireland provided the UK’s food Oscars with their 2016 Supreme Champion? Moira’s the Meat Merchant, owned by Peter Hannan, beat 10,000 other entries to the title with his Glenarm Shorthorn 4 Rib Roast. Even better, his business is the first to ever to win the industry’s top award for the second time. The Meat Merchant broke record after record with 36 product awards and a total of 59 stars. Also, 13 products from eight local companies netted the highest accolade of three gold stars, with 84 local companies securing 303 gold stars in total.

The Northern Ireland Year of Food and Drink 2016 also saw several local restaurants and hotels achieve awards for excellence, including Michelin Stars for OX and EIPIC at Deanes and Bib Gourmand awarded to Wine and Brine, Old School House Inn, Bar and Grill at James Street South, Deane’s at Queens, Home and Fontana. Then the BBC Good Food Show arrived to Belfast’s Waterfront. Thousands lapped up October’s live cookery demonstrations from TV favourites such as Paul Hollywood, The Hairy Bikers, James Martin and our own local celebrity chefs, Paul Rankin and Paula McIntyre.

During Northern Ireland Year of Food and Drink 2016, ‘Born and Braised’ was announced as Northern Ireland’s New Signature Dish at a grand unveiling in December. A number of new food tours came to market in 2016 offering visitors an insight into our local provenance and NI now has a total of 17 food and drink experiences on offer. These vary from the water based Lough Erne Food Trail, McCombs Grub Bus Crawl and the Mourne Trails & Ales Bike Tour.

Northern Ireland Year of Food and Drink was an unforgettable feast. It’s legacy is surely going to be a new-found appreciation of local tastes, brands and culinary talent and an increase in awareness of just how important local food and drink is to our cultural identity, heritage and well-being.

Find out more as the celebration of all that is great about Northern Ireland’s Food and Drink continues at www.discovernorthernireland.com/food.