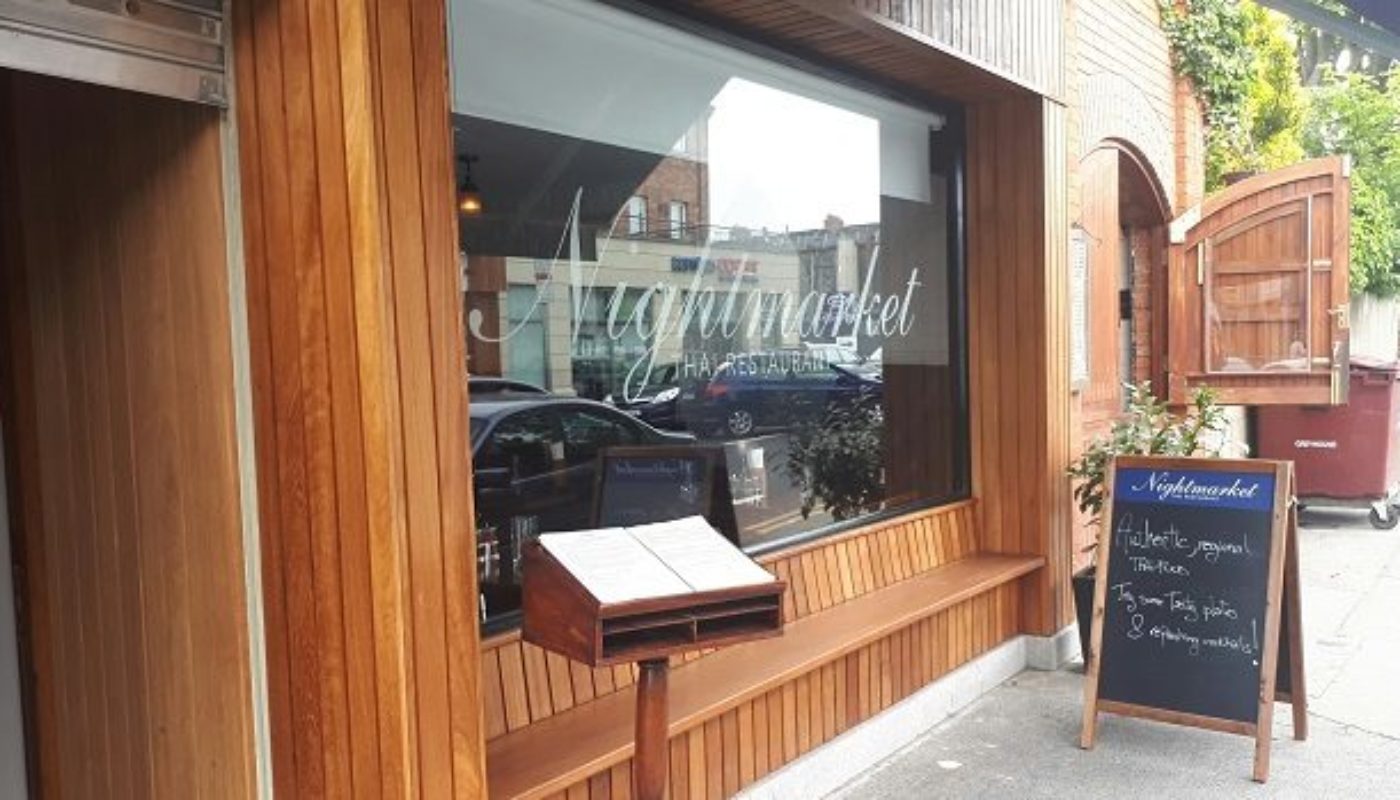 Nightmarket has officially opened in Ranelagh and visitors to the restaurant will enjoy a menu packed full of genuine Thai dishes inspired by the vibrant street markets of Hua Hin and Chiang Mai.

The latest offering from seasoned Restauranteurs, Conor Sexton and partner Jutarat Suwankeeree ‘R’, is located on 120 Main Street, Ranelagh and opened on the ground floor earlier this year, but has now expanded to include a first floor seating area. If you have struggled to get a booking in the already hugely popular hotspot, this expansion will be music to your ears.

Nightmarket introduces a taste of regional Thailand to Dublin, using original Thai ingredients cooked with the very best of fresh Irish produce, dishes packed with big, punchy flavours, pungent aromas. The honest, tasty food will satisfy the Thai-Irish community and spark memories for those who have travelled to R’s incredible country. Inspiration behind the concept and menu has been driven by Jutarat Suwankeeree, known affectionately as ‘R’, who grew up in Hua Hin, a coastal city at the top of the southern Malay Peninsula and later Chiang Mai in the North of Thailand.

Her partner, Conor Sexton, grew up in Kildimo, a small village just a few miles outside Limerick city. They met when Conor opened Koh Restaurant in Dublin city centre and R came to work with him as a duty manager.

With the arrival of their daughter Emily, Conor and R decided it was time to focus their efforts on finding a great location in Ranelagh near their home, where they could open a restaurant together in the heart of their own community. R wanted her Irish family and friends to experience the genuine flavours of Thai home cooking, to create a restaurant that was authentic and real, where people could gather to enjoy the tastes and flavours of her homeland.

They ultimately devised a menu which is the very essence of the Thai Nightmarket tradition. So whether it’s lunch, dinner, brunch or a flavoursome cocktail, their team of chefs will delight customers with an authentic serving of Thailand.

Speaking about the restaurant, owner Conor Sexton said: “At Nightmarket, you step into a home kitchen, where the food reflects the tastes, traditions and values of authentic regional cooking from Thailand. We feature a number of dishes which have not been seen on menus in Ireland before, all served with a traditional Irish warmth, marrying the heritage of our two countries. And of course our fantastic cocktail offering is extensive.”

For more information about Nightmarket, its menus and opening hours, visit www.nightmarket.ie.