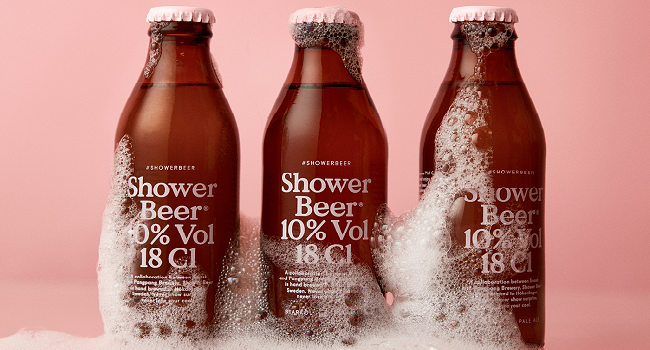 Made in Hökarängen, the concept was created as “something that could kickstart the night and act as your power up while fixing your hair and listening to ‘Dressed For Success’ on repeat”, Snask had previously worked with PangPang so while the creatives took charge of coming up with… well, the creativity, Frederik “PangPang” looked after the brewing.

As explained by the makers, it’s “a sweet but strong pale ale in a 18 cl small bottle meant to gulp in three sips while standing in the shower getting ready for the night. It will of course also work to start the night in any bar alone or with your friends.”

The first batch sold out almost immediately and a second is currently in the making.

Bartleys Beers: Strawbeeri – Craft Beer Review
The combination of wheat and strawberries has given the world more than its fair share of tasty combos: strawberry shortcakes, tartlets, Victoria sponge cakes, cheesecake and many other pink and fruity baked goods to…
Read More