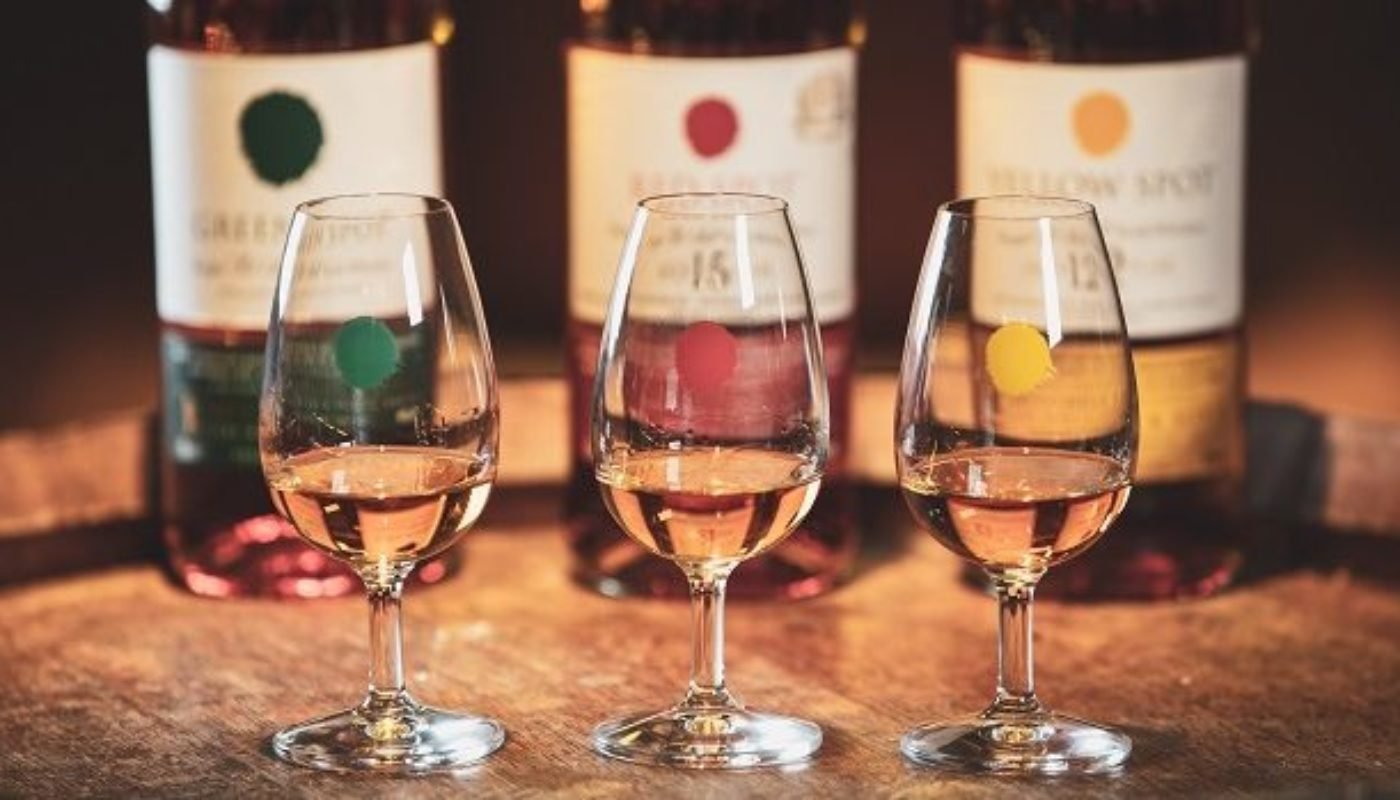 This new member of the Spot Whiskey range is created from a unique recipe that has been handed down by the Mitchell & Son family of wine merchants, who were the creators of the original Spot Whiskeys range in the early 1900s.

The spicy new tipple is a triple-distilled, single pot still Irish whiskey. The blend has been matured for a minimum of 15 years in a combination of casks pre-seasoned with Bourbon, Oloroso Sherry and Marsala fortified wine. When creating this new blend, the Mitchell family worked with the team at the Midleton Distillery. In the early 2000’s Marsala fortified wine casks were purchased from Sicily and filled with a five-year-old Bourbon matured single pot still Irish whiskey in 2004.

This gave the whiskey delectable heavy spice and ripe fruit flavours. Master of Maturation at Midleton Distillery, Kevin O’Gorman described the whiskey as “a bold whiskey that packs a punch, has incredibly rich flavours and an extra-long infusion of fruits and spices on the finish that provides a truly unique and colourful ending”.

Jonathan Mitchell, Managing Director at Mitchell & Son, said: “It has been fascinating to work with Kevin O’Gorman and the craftsmen at Midleton Distillery to recreate Red Spot and a real journey into the rich history of our family and its role in Dublin’s whiskey bonding era.” The Mitchell family have a long rich history in trading within Ireland. In 1805, they opened a confectioner and fine wine shop at number 10 Grafton Street. In 1887, the expanded into whiskey bonding. Mitchell’s sent empty casks to the Jameson Distillery on Bow Street to be filled.

Brendan Buckley, Innovation & Prestige Whiskeys Director at Irish Distillers, added: “The release of Red Spot marks the next colourful chapter in the story of the Spot Whiskeys range, which is becoming increasingly popular among modern whiskey drinkers across Europe and the USA due to its focus on innovation, unique role in Dublin’s whiskey bonding history and world-renowned high quality.”