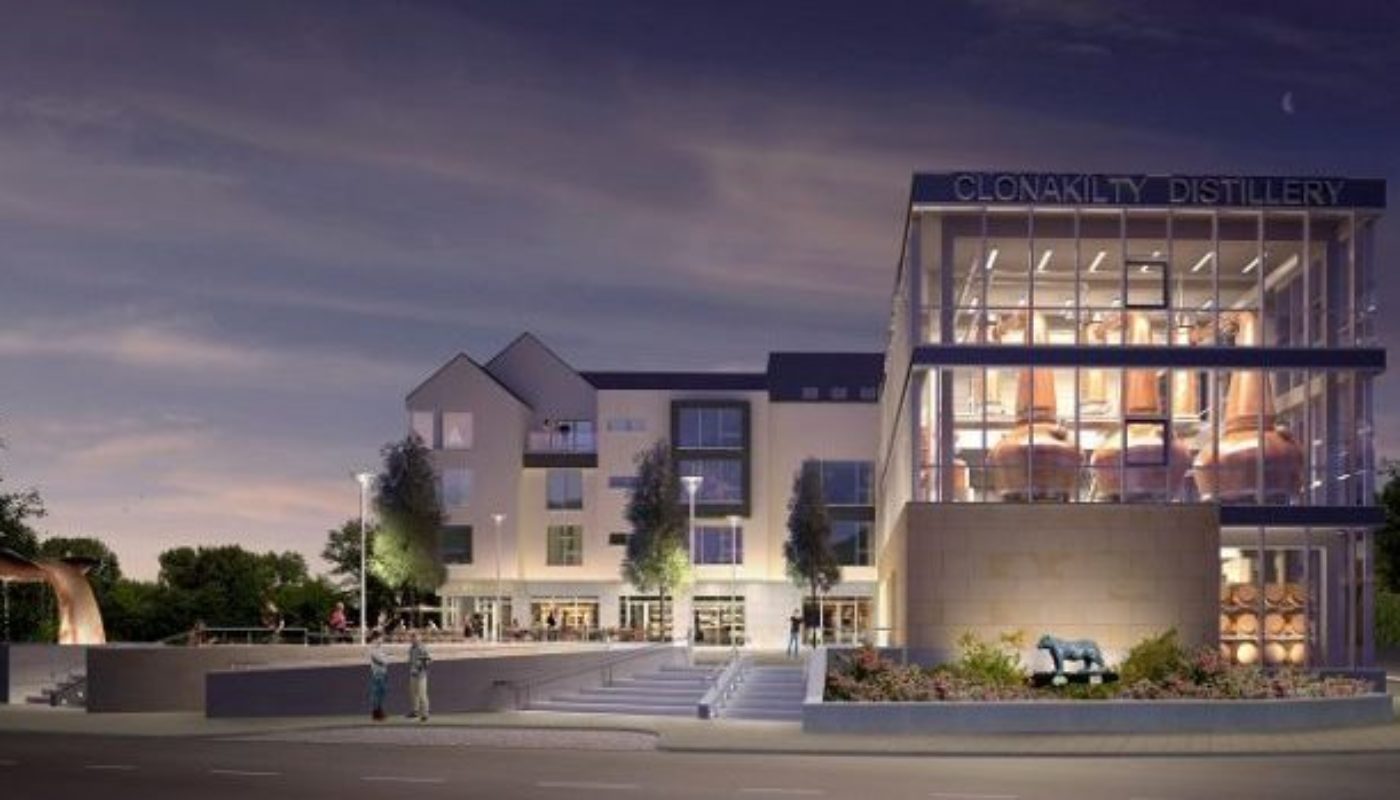 Irish Whiskey was the most widely consumed spirit enjoying global domination in the latter part of the 19th century. There were over 88 licensed distilleries throughout Ireland, making Irish Whiskey the global brand leader of the spirits world.

However, if the 19th century was Ireland’s golden era for her golden spirit, by the latter part of the 20th century the number of Ireland’s distilleries had evaporated to just two. The demise had several reasons, including the loss of our biggest market, America, due to Prohibition.

The illicit production of moonshine in speakeasies but labelled as Irish Whiskey eroded reputation. Two World Wars restricted transportation and our own War of Independence reduced production. By contrast, the 21st century began with a massive resurgence in new distilleries, eighteen now and potentially thirty-seven, including up to twenty-three Distillery Visitor Centres. Asked if Ireland could sustain such growth in new distilleries, William Lavelle, Managing Director of the Irish Whiskey Association answered with confidence: “Yes, we can sustain growth because Irish Whiskey has the fastest growth in the world of brown spirits. The value of Irish Whiskey grew by 14.3% last year compared to 10% for French Cognac. More growth is possible, but growth in new markets. While Ireland is very reliant on the USA, there is great potential in emerging markets in the Far East, Asia, Canada and especially Mexico, following Ireland’s recent success in trade negotiations.

“Competition drives innovation. Currently, there are an estimated 175 brands of Irish Whiskey. With the growth in more distilleries, inevitably, this leads to more types of liquid being available on the market. While the Technical File ensures high standards, based on tradition, new distilleries will focus on a premium product developing their own unique selling point through innovation. Established distilleries have also responded by launching some new brands in the last four-to-five years.

A lot of capital is required to invest in a long-term return for at least four-to-five years. As a result they have to have a very serious business plan. Not all brands may last, but distilleries will and many will have a 50-100 year plan.

“Irish tourism can benefit with increased visitor numbers. How you sell your brand and how you sell the home place of the brand is so important. Authenticity is key. We enjoyed 11% growth in visitor numbers in 2017. Attracting one million visitors by next year is very achievable.” Dublin’s Jameson Distillery Bow Street reopened in March 2017 following an €11M refurbishment to the visitor attraction. In the past twelve months, visitor numbers topped more than 350,000 from over seventy countries, making it the most-visited whiskey experience in the world.

These figures will further contribute to the Irish Whiskey Tourism Strategy, which aims to increase whiskey tourism visitors to 1.9 million by 2025. According to the Irish Whiskey Association, 814,000 people visited the 12 distillery visitor centres on the island of Ireland in 2017.

Claire Tolan, Managing Director, Jameson Brand Home said: “As is evidenced by the incredibly strong visitor figures recorded over the past year, the new-look Jameson Brand Home has fast become the must-visit whiskey destination in the world. “Entertainment is more immersive and interactive than ever before, and audiences place more value on storytelling and the quality of the guest experience. Our redeveloped Jameson brand home draws on technology to complement the historic surroundings of the iconic distillery to deliver an unforgettable experience. Visitors are invited to touch, smell and most importantly, taste Jameson in the original Bow St. Distillery building – this has been the key to our success in our first year.”

On 9th April 2018, the Jameson Distillery Bow St. received the most prestigious award for a Visitor Attraction: a Themed Entertainment Association (TEA) Thea Award for Outstanding Achievement in the Brand Experience category at the Awards ceremony in California. TEA is the international association for the makers of compelling places and experiences. The TEA Thea Awards are internationally acknowledged as the equivalent of an Academy Award in the themed entertainment industry.

Here are some of the newest distilleries that are about to start distilling their own spirit and each will have a distillery visitor centre. Because spirit must be aged in barrels for a minimum of three years and a day before being legally called whiskey, many new and emerging distilleries buy mature stock from another producer and may continue to age it further or finish it in barrels that previously contained another drink: wine, Sherry, Port, Madeira, rum, stout, beer, etc. for added complexity. This practice is often a financial necessity to establish a reputation, brand identity and cash flow. The distillery will be in the town of Clonakilty and opening in October 2018. It will also be a tourism distillery offering an introductory video followed by a full tour of the distillery, cask maturation and tasting rooms for both whiskey and own brand Minke Gin (named after the Minke whale that visits the coast).

A café and restaurant will cater for the hungry and there will be parking spaces for 70 cars. Clonakilty Whiskey is currently on sale in the USA and Germany. It will be launched in Ireland in June-July. The distillery will begin distilling over the summer of 2018 and laying down their own spirit.

The visitor centre will open early 2019 and offer tours and a café. Uniquely, Boann will be the only combined distillery and brewery experience with a Tap Room serving twenty beers. Alex Peirce’s family background is in whiskey with his father the Chairman of the Isle of Arran Distillers in Scotland.

The distillery is located in the Old Mill House on the Powerscourt Estate and is in the closing stages of the plant being commissioned by late May 2018.

The visitor centre opens late summer/early autumn and will have tasting rooms.

The Master Distiller, Noel Sweeney was recruited a year ago. Noel worked previously at the multi-award winning Cooley Distillery. Powerscourt Distillery will be producing old stock made by Noel previously until they have their own spirit produced on site and aged. Dublin Liberties Distillery, 33 Mill Street, Merchant’s Quay, Dublin 7
The location is currently a hive of activity with equipment arriving and the new stills in place by early June 2018. Three brands were recently launched, The Dubliner, The Dublin Liberties and Dead Rabbit in London, New York and Belfast.

Opening in the autumn of 2018 in a 300 year old former mill and tannery with an investment of €28 million (the average investment in a new distillery is €10 million). Stocks Spirits from Eastern Europe are the investors and are on the London Stock Exchange. It is a testimony to the confidence in Irish whiskey that these Vodka producers see Ireland’s potential for lucrative growth. It will be a fully operational distillery with its own spring water source. Darryl McNally is the Master Distiller, formerly of Bushmills.

The unique selling point will be crafts and heritage and local community. Story telling will give it a local and colourful accent including “The Liberties – the history of hell” – the fire of 1875 in the Liberties, thought to have been caused by a pig. No one died but don’t ask about the pig. The visitor centre will have a 35 seater café, audio visual with an experiential taste and smell. As a part of the community, there will be a bar open to the public as well as to visitors.

Planned or in Development (19) 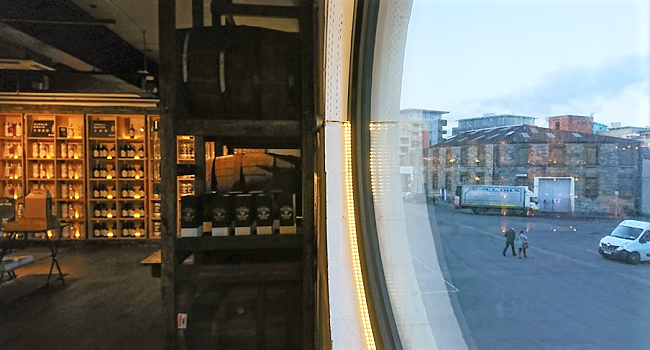 The Big Four, Reloaded – How Dis… 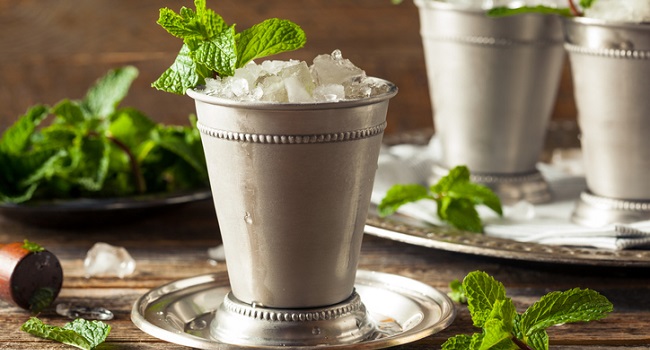 Keep it Cool with Ten Refreshing… 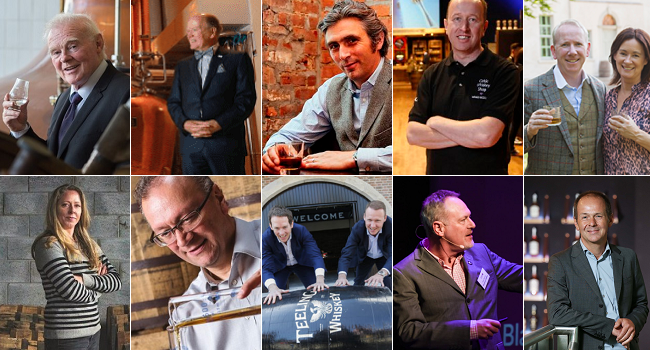 Meet the 20 Most Influential Peo… 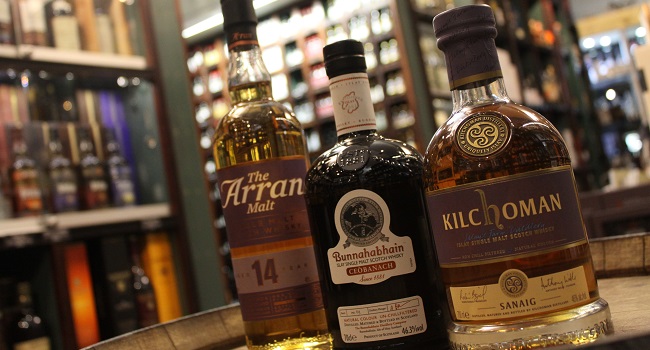 The Return of the Lost Distiller…