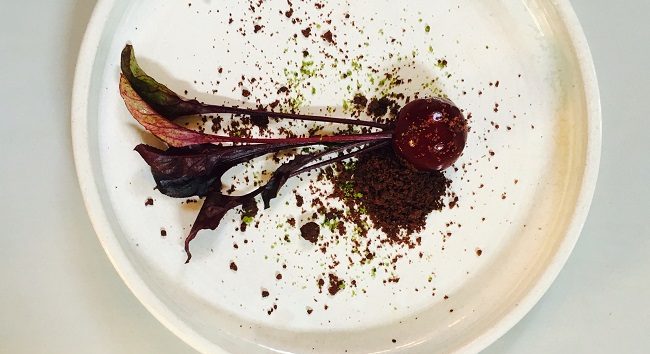 West Cork is known as a Mecca for food lovers, with a concentration of passionate artisan producers from charcuterie to cheese and beyond, access to seafood of unrivalled quality and a spate of incredible restaurants dotted across the region.

One of Ireland’s most talented chefs, West Cork native Rob Krawczyk is set to return home having manned the kitchen in five star Tankardstown House for a number of years. A Eurotoques and JRE Ireland & UK member, Rob has had his sights set on opening his own restaurant for quite a while. Having tested the waters in West Cork with a residency in Glebe Gardens last summer with great success, Rob will open the doors to the hotly anticipated Restaurant Chestnut this week in the quaint village of Ballydehob.

Described as an intimate 18 seater restaurant, this new eatery is housed in a former pub and promises to become a dining destination in itself with Rob running the kitchen. Menus will be centred around the best of the seasons ingredients plucked from West Cork’s rich natural larder and dishes are sure to wow diners, as Krawczyk is known for serving dishes as captivating to the eye as the tastebuds.

Along with his father Frank, Krawczyk is also passionate about creating his own charcuterie, which will feature on the menu also. Restaurant Chestnut is now taking bookings and will be open from Wednesday to Saturday from 6.30pm to 9pm for dinner and on Sunday for lunch between 12 noon and 4pm. To make a reservation or for more information click here.