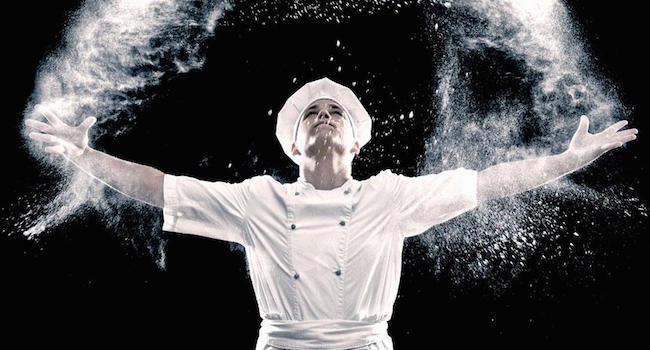 Young Chefs from all over the world were invited to apply, outlining their signature dish on finedininglovers.com,the online magazine for worldly food enthusiasts.The Chefs had to be 30 or under and working as professionals in a restaurant as chefs, sous chefs or chef de partie for at least a year.

Four young Chefs from Ireland have made it to the UK-Ireland shortlist. Mark Moriaty of The Culinary counter; Stephen Holland of Lough Erne Resort, Enniskillen; Maria Elena Martinez Otero of The Four Season and Sarunas Godovan of Tankardstown House, Slane.

They will now embark on a once in a lifetime journey and cook their way into the hearts of four of Ireland and the United Kingdom leading Chefs, all with incredible gastronomic success stories and no less that 5 Michelin * between them, Oliver Dunne of Bon Appetit, Clare Smyth of Restaurant Gordon Ramsay, Atul Kotchar of Benares and Daniel Doherty of Duck & Waffle, to earn their place in the final taking place in Milan later in June.

Following on from previous collaboration with Missoni and Bulgari, San Pellegrino announces a new partner this year in Vogue Italia, another iconic Italian brand that shares the same quintessentially ideals including culture, togetherness, creativity and beauty. Vogue Italia will match the 20 chef finalist with 20 emerging fashion designers and each designer will interpret the chef’s signature dish with his/her own creation. The culmination of the San Pellegrino Awards will be on June 25th – 27th in Milan, where S. Pellegrino will be the official sponsor of Expo Milano 2015.

These five great female chefs have been very consistent and are constantly chasing standards in presenting us with innovative menus bursting with flavours, textures and colours, while using fresh organic produce from local artisan suppliers.

Ms O’Keefe of Pichet is ready to be the next Clare Smyth and has already shown her skills by working her way through the ranks at Pichet for the last 3 years and is presently Senior Sous chef at the award winning restaurant. With its’ upbeat atmosphere and impeccable service, the Michelin Bib Gourmand restaurant is going from strength to strength, weekday, lunchtimes and weekends, for lunch and dinner, at each seating, every table is full. While in Cork, following her beliefs in using the very best of Irish produce available both locally and elsewhere, Kate Lawlor of Fenn’s Quay has worked very hard in putting her stamp on the restaurant menu, hence it is of no surprise that it is one of the culinary delights of Cork. In cosy surroundings , where service blends friendliness and professionalism, Kate’s award winning cuisine is sure to impress any visitor to Cork City. This has become a house speciality and goes spectacularly well with her legendary Smoked Gubbeen mash. Otherwise known as the Irish pannacotta as well as a traditional dish given a new lease of life here.
Fenn’s Quay, no 5 Sheares street, Cork City.
TEL: (021) 4279527

Jessica Murphy of Kai, Galway is constantly pushing boundaries with furious creativity. Her ingenious cooking is a wild riot of flavours, textures and colours. Whether it’s smoking, pickling, curing, foraging , it just seems that there is nothing that she can’t cook. Her philosophy is all about the finest, freshest seasonal local produce.

I am a fervent follower of Jess’s instagram acc, curious to see as to what she is up to next and it is always thought provoking with plenty of humour. Louise Bannon of Noma is currently rocking it with Rene Redzepi ‘s team, launching Noma, Japan. This is a lady with the ability to produce great cooking appropriate to the season and relies on the finest sustainably sourced, organic produce. Her concept in striving for delicious flavours and environmental harmony, will invite diners to partake in the immediacy and excitement of vegetables just out of the soil, fruits right off the branch and fish just out of the sea such as this dish I sampled a while back. Maria Raftery of Zuni has been a key player in the now thriving Kilkenny food scene, helping to support local producers and growers. She is active in the Kilkenny food festival and the flavours and tastes she creates are modern Irish with hints and influences from around the globe. It seems that Girl Power is Back in force , so take note boys !!! you don’t want to be left behind.

A Classically trained Chef, food writer and Culinary instructor having worked in some of Dublin and London Michelin star establishments such as Chapter One, Dublin, Gordon Ramsay, London & the 5* Boutique hotel, The Dylan among others. His work is regularly featured in some of the leading magazines and newspapers in Ireland and he is currently working on a book about Irish Honey due to be published later in 2015.