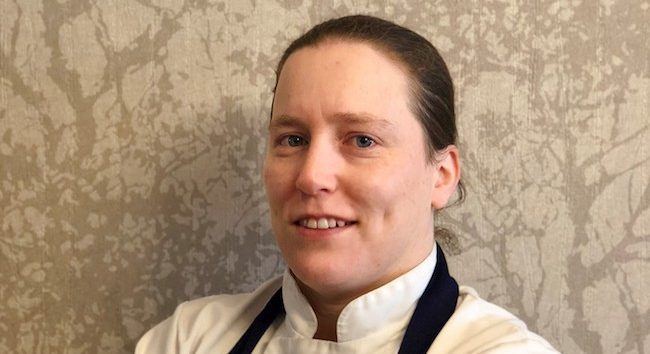 Carmel McGirr has taken over as Head Chef at Neven Maguire’s MacNean House in Blacklion as previous captain of over 15 years, Glen Wheeler, moved on to open his own restaurant, 28 Darling Street, in Enniskillen. Carmel is a native of Fermanagh herself and has been a part of the team in MacNean House on-and-off for many years, first joining the team after Neven offered her a job while studying culinary studies under his tutelage in Fermanagh College.

“I started out cooking with my mum. She was my biggest food role model,” explained Carmel. “I saw my mum cooking every day and I learnt from her and would help her out. I got a bit of work experience from there, but then I got into Fermanagh College.

Neven was a lecturer there and that’s where I met him. He had studied there himself in fact. He offered me a job and I started in MacNean House. Any time he was teaching I would get a lift with him after college to go and do service in the restaurant.” In 2001, Carmel was Neven’s commis chef for the prestigious Bocuse D’or Competition in France. She then left MacNean to work in Dublin for four years in Bang Restaurant before returning home in 2005 to work in a local hotel restaurant.

However in 2010, she rejoined the team in MacNean House “I have been working for Neven for over 10 years, but during that time I have gone on some stages; to Pied a Terre Restaurant in London, working with then head chef Andy McFadden, and I also worked in Restaurant Patrick Guilbauld, Gordon Ramsay and Ox in Belfast.” “You have to be passionate about food to be a chef and I definitely am. You spend that many hours at it, you have to be! It is the key to it. You might as well enjoy what you do and learn and invest your time in it. In Neven’s you get so many opportunities, it’s great.”

If he can help in any way, he will. He just wants to see everyone do their best. As long as you’re improving and developing, he’s happy.

“He’s a great teacher. He’s very patient. He’s so interested in everything to do with food. As he travels a lot he brings back products or ideas to the kitchen for us to learn and try. Especially with his work with Dunnes Stores, he is always travelling around the country and he learns about so many producers.”

“It’s great because we want as much Irish food as possible in the restaurant and when he is promoting that too and spotting wee suppliers here and there, it is beneficial for us. We love working with wee suppliers.” 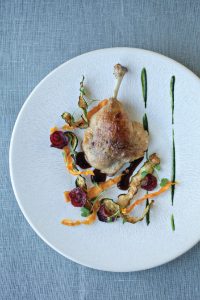 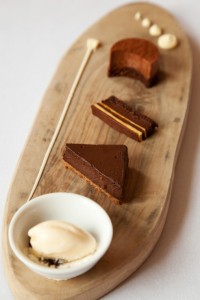 “The restaurant is primarily about Irish food. Of course there is always going to be a certain percentage of ingredients that aren’t Irish, but we try to keep it mostly Irish. That’s what Neven is about and that’s what we are about. For example, Thornhill Duck is one of our longest standing suppliers.”

“I think it is something like 27 years that Neven has had the relationship with them. They are now being used on menus across Ireland, but at one time it was just a small local supplier down the road for us and we knew how good they were then and they still are now. It’s just an amazing product.”

“Sheridan’s Cheesemongers are another great local supplier for us. They actually come down to the restaurant and do training with staff too. They work with us with the menu too. They have a great selection.”

One thing that makes MacNean House slightly unique is the ratio of women to men in the kitchen. With a female head chef leading the team now too, it is proof again that it is not a place where anyone has energy to think about gender. “There are 12 women and 3 men in the kitchen – Stephen, our head pastry chef, Marty, who is part time and helps us out a few times a week, and then Neven,” Carmel continued. “In general, among the staff there are a lot of women. It doesn’t really matter to us, as in, you want the same results regardless of if it’s a female or male chef. Everyone is equal in my eyes.”

Years ago I was the only girl in the kitchen and it didn’t bother me then; it’s what I want to do and if it’s what anyone wants as a career then it shouldn’t matter.

“As head chef now, it is going to take me time to find my own feet and get more confidence in the role. Glen and I would share the role to a certain extent at times before, when he was off I would step in, etc. Now that I have taken over as head chef from him it is different because I have more responsibilities in terms of management of staff and things like that. You have to make sure everyone is happy.” 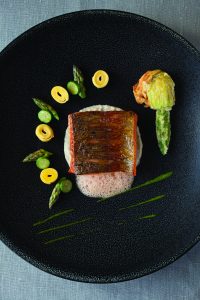 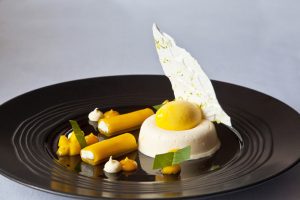 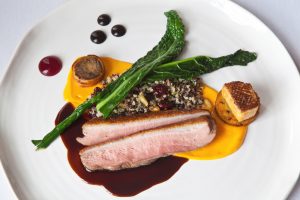 “We’re developing the restaurant all the time. I remember when I first started I worked in the family kitchen and there would be five chefs cooking and the family used the kitchen too. Then the kitchen was done up and doubled in size and now at the moment, we are getting a new kitchen in again. I’ve seen each stage over the years.”

“Right now for me the focus is on getting the chefs happy in the new kitchen and getting them organised. Then I will start to develop dishes and push things on a bit. You want to learn as much from each other as possible. Everyone has their own experiences in different kitchens so we want to share all of that and get the best out of everyone. Keep working away!” “Our Sunday menu changes all the time and anything new I want to try out, I try it out then. It’s great to get feedback from the customers. Neven still creates the main menu and dishes, but we all work together in the creative process and we all bring our ideas into the kitchen.”

“I always say to the guys in the kitchen if they want to try something out, let’s get the customers’ thoughts. They’ll tell you straight away if they like it or not. Once they are happy at the end of the day, that’s what matters. If it works on a Sunday, we refine it before we add it to the evening menu.” “As long as our customers are happy, we’re happy. Neven and I are just so grateful we’re so busy and that’s all we want. We’re not really thinking about Michelin stars. For Michelin, we might have a lot of flavours and too many things going on the plate, they might like it more refined.”

“I am head chef of the best restaurant and I have a brilliant team and I am just focussed on that. That’s enough for me. Neven looks after us very well. We don’t take it for granted.”