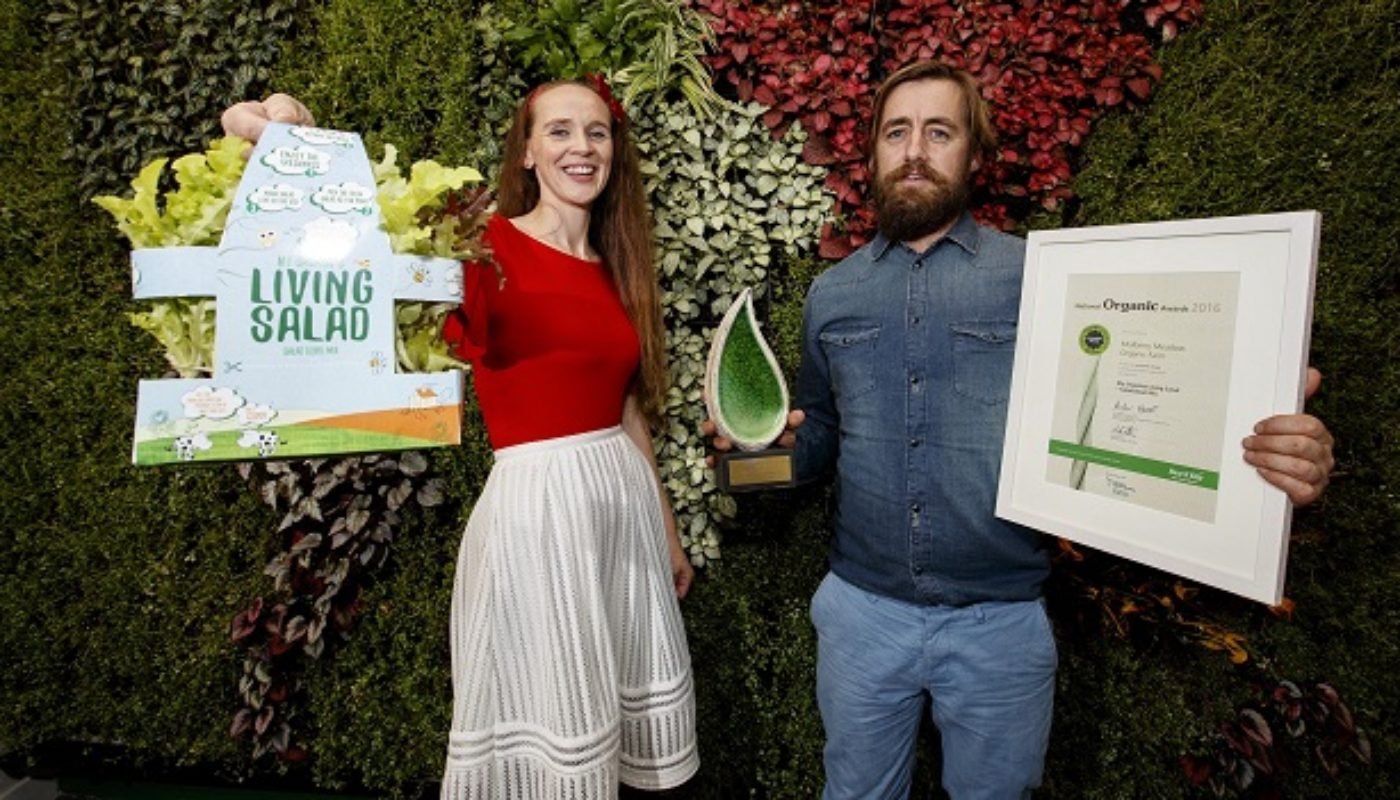 According to Kantar Worldpanel, the Irish organic sector is growing significantly. Last year the sector experienced growth of over 6%, and figures published yesterday 13th of October by Bord Bia, during the National Organic Awards, show an even more remarkable increase of 23.7% to bring the total value of organic grocery sales to €142 million.

The awards ceremony took place in Bord Bia’s Dublin headquarters, where over 70 industry representatives gathered to celebrate and reward the quality and excellence within the Irish organic sector. The competition saw a record number of 278 entries which were rigurously and individually judged. Best Fresh Product Award went to  The Organic Centre, based in Rossinver, for its Organic Salad Bag.

Best New Product was made by Ummera Smoked Products, based in Timoleague, Co.Cork, and it’s a smoked Organic Picanha Beef made using the rump cap cut of beef.

Export Award was given to Flahavan’s Irish Organic Porridge, which is exported to over 11 countries including UAE, Russia and South Korea.

Chefs’ Choice Award went to Highbank Orchards in Kilkenny, for their Orchard Syrup.

Innovation Award was given to Mulberry Meadow Organic Farm from Monaghan for its My Organics Living Salad – Salad Bowl Mix. Earlier this week, the Minister of State for the Department of Agriculture, Food and the Marine, Andrew Doyle TD announced a financial boost for the Irish organic sector. Speaking yesterday, Minister Doyle said “my Department’s commitment to the development of the organic sector was underlined by the announcement of €10m in funding for the sector in Budget 2017. The importance of our indigenous agriculture and food industry has never been as high. It is fundamental to our export led economic recovery and the Organic Sector can pay an important role in this development.”

In response to the recent growth figures Aidan Cotter, Chief Executive, Bord Bia commented “Consumers growing interest in health and wellness has bolstered the sector and will continue to provide further growth opportunities for Irish organic suppliers, at home and abroad.” On the domestic front, almost 94% of Irish shoppers are reported to buy organic goods, on average once every two weeks. According to Kantar data, Irish consumers are making more organic purchasing trips, with organic becoming more accessible with smaller pack formats and more affordable organic products on offer.