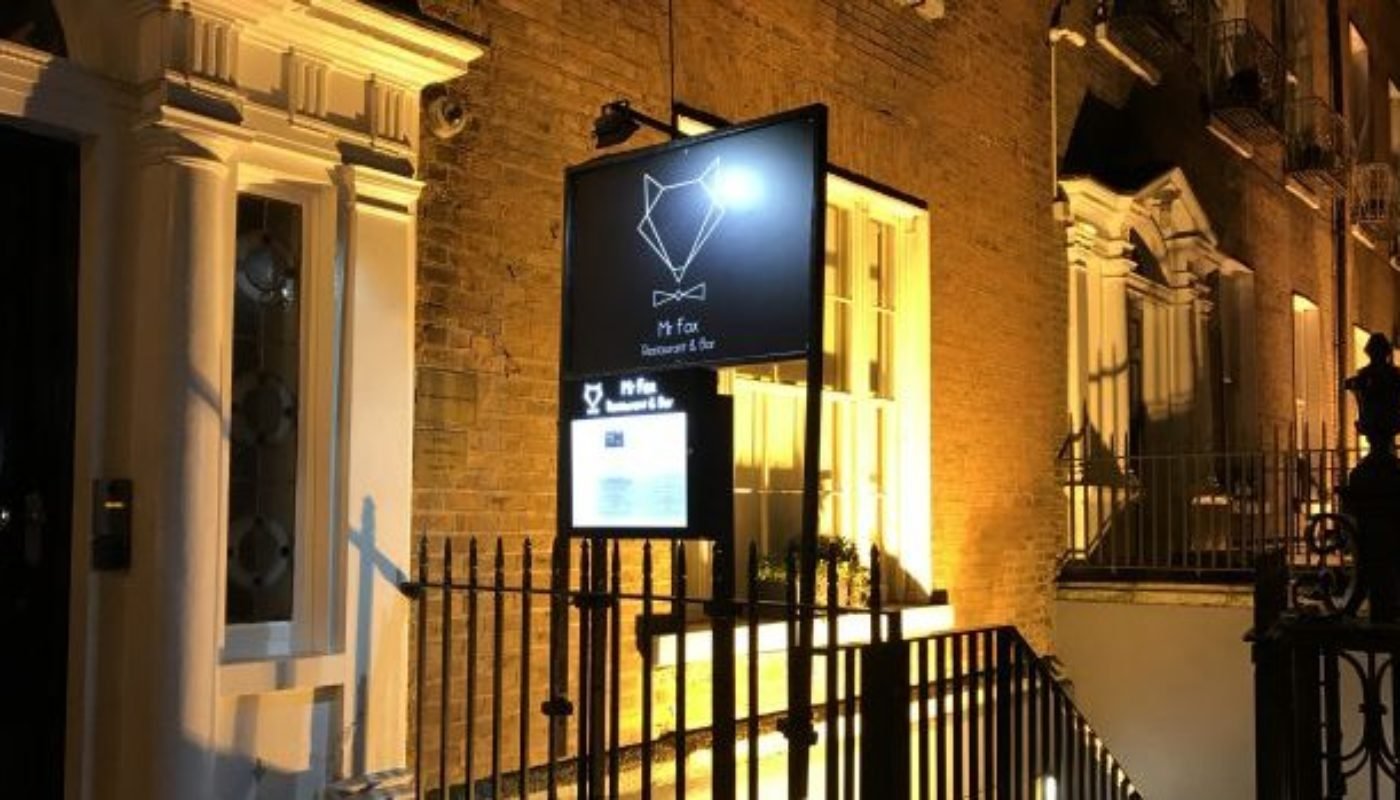 Several months back we received an email from an award winning Dublin chef, thanking us for our support and letting us know that much to her sadness, her restaurant would no longer be trading. The chef was Joy Beattie – a well liked, hard working and accomplished chef and the restaurant was The Hot Stove on Parnell Square. It was a venue we liked very much and were saddened to hear of its closing knowing the labour of love for Joy it was.

Back in 1993 many people had said to Ross Lewis he was insane opening his fine dining restaurant Chapter One on the Northside, especially on Parnell Square. However he proved his doubters wrong, achieved his Michelin dream and now has one of the city’s most successful eateries. However he would be the first to admit the location had its challenges and ultimately they proved too much for the Hot Stove.

As one door closes, another one often opens; in this case for Stephen McAllister, chef patron at The Pig’s Ear and a familiar face on TV3’s “The Restaurant” whom along with a talented Head Chef Anthony Smith decided to take a gamble on the location and open their newest venture Mr Fox Restaurant and Bar.

Mr Fox opened in November without much fanfare, which is surprising giving their location and has managed to fly under the radar for many. We finally got a chance to pop in just after Christmas when we decided a much needed break from the anything remotely resembling turkey or ham. We knew the venue well and have experienced Smith’s cooking previously in both Etto and The Pig’s Ear so expectations were high.

Not much has changed in the decor, gone are the crisp, linen tables clothes and some new “Foxy” memorabilia and artwork are now lining the walls but that is about it. It was and still is a beautiful, warm dining space which for a basement can be a challenge.

The menu has been designed to encourage those who may wish to drop in for a glass of wine and a few snacks just as much as the pre theatre crowd. Much like its sister restaurant The Pig’s Ear the focus is on local and seasonal ingredients with a little bit of Irish nostalgia thrown in. Broken into snacks, starers and larger plates we settled on sampling something from each, kicking off with some fine sough dough served with homemade parmesan cream and mushroom butter which was like silk on our tongues. Pig’s Head (€8) is one of the least appetising mentions on the menu but by God it was one of the most delicious bites of the evening. Delicate little croquettes with melt in the mouth shreds of pork, topped artistically with smoked pear and pickles. So good was the first sampling from the snacks we decided on a second of Devilled Eggs (€6) a simple dish that Smith certainly put his own stamp on with the addition of a whipped, spicy chipotle mayo that played host to some superb Goatsbridge trout caviar. Starters are very varied with options like Fried Leeks & Smoked Eel (€8.50), Irish Trout and Beetroot (€10) or Deer Tartare (€11). We settled on a Crab Ravioli (€13) which was outstanding, the pasta was wafer thin with a featherlike texture and the crab meat which it encased was cooked to perfection. Jay Rayner, The Guardian’s formidable food critic once described a similar dish as “like the best silk knickers over a pert buttock” and with a sprinkling of cockles and mussels on Smith’s version we couldn’t help but think even Molly Malone herself would approve. The dizzying heights of an amazing starter are hard to overcome and our first main of Cod, Corn Succotash, Chorizo and Charred Lettuce (€23) was more a case of Bridget Jones knickers. Although the cod was cooked well and had a delicious smokiness to it we would have love to tasted it with a corn bisque instead. The Succotash just didn’t seem do it justice. Our second main however was phenomenal and satisfying in every way. From the tenderness of the Venison (€26) we would hazard a guess it was wild, rather than farmed. Two fine pieces of loin, expertly seasoned, really captured modern Irish cooking on a plate. A creamy quenelle of Irish mash, trompettes de la mor, some very in season salsify and the important addition of some Hispi cabbage or as our Northside mammies would say “a bit of sweetheart cabbage”.

A dish like that deserved a wine that could stand up to the gamey flavours and we were quite impressed by the list on offer at Mr Fox, with prices starting from €26.95 a bottle or €6.95 by the glass. Even though it is heavily French orientated we settled on an Italian stallion, a silky smooth yet intense Valpolicella Ripasso, Semonte Alto, Venturini 2012, (€52.95), a match made in heaven! Desserts are a simple affair, with nostalgia taking prominence over elaborate creativity. Much like its sister venue The Pig’s Ear, who also like to play on the old sweet shop Irish favourites, Mr Fox it seems is fond of an old Super Split or in our case an old “Iceberger”(€7.50), still a favourite even for our own kids, and here it served just as you would expect only better. Another firm favourite of ours growing up was the second dessert of the night, which consisted of a perfectly formed Walnut Whip (€2.95), it reminded us of our Dads on a Friday night if we had been good surprising us with one of these little indulgences.

We thoroughly enjoyed our evening at Mr Fox, service by the lovely Madison was warm, pleasant and clearly the front of house are as excited about the food as the kitchen. If you want to sample excellent Irish produce in a relaxed setting than this is one fox worth hunting.

Dinner for two excluding service, with wine came to €137.90