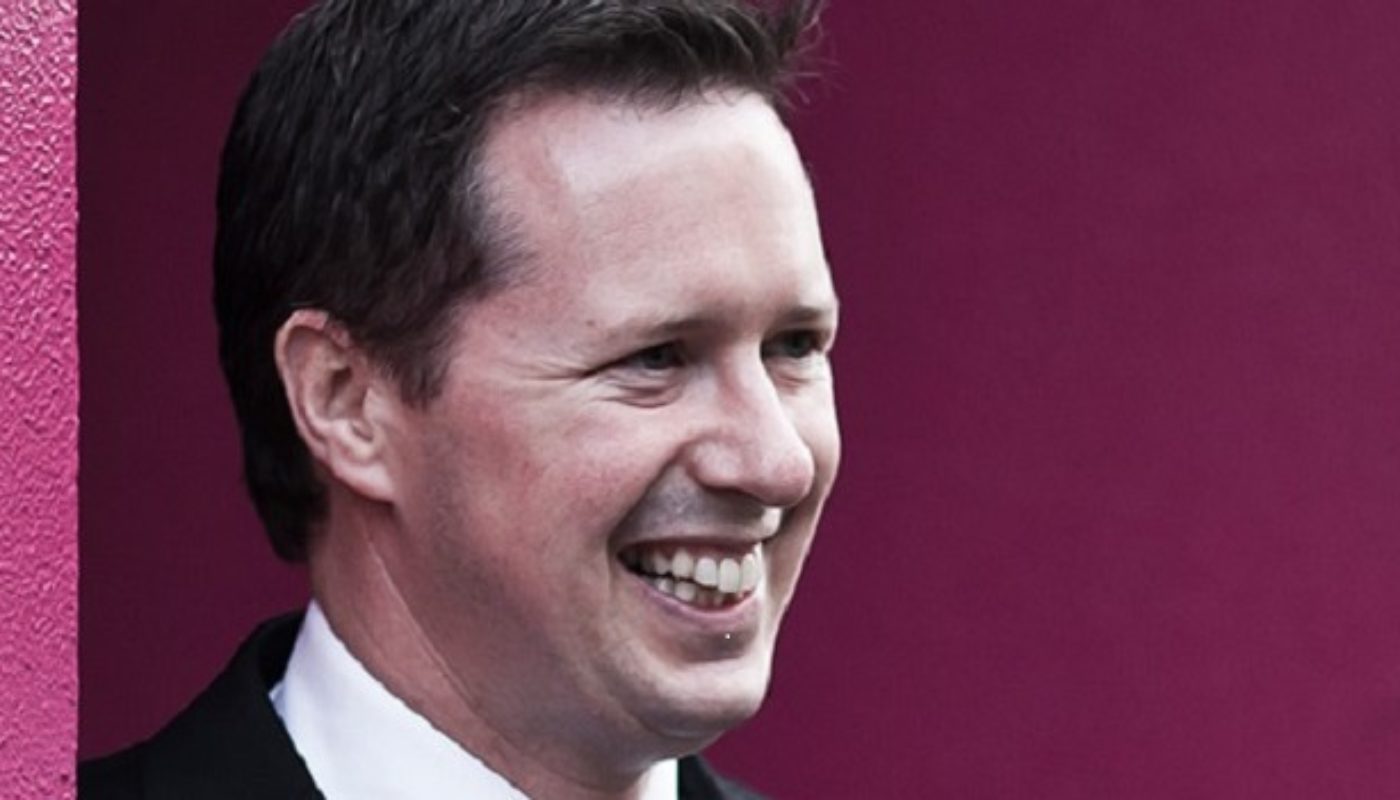 If you believe in the philosophy you only get what you give, it’s easy to see why Saba, with Paul Cadden at the helm, is a success story. Celebrating ten years in business with the recent opening of a sleek new Saba restaurant on Baggot Street and the huge popularity of Saba to go as a healthy take-away option, things are looking rosy for Paul. With this in mind, I headed to the Clarendon Street HQ to chat with Paul about the necessary ingredients for Saba’s enduring success.

Paul immediately recalls watching the boats come in with their delicious catch, with a birds-eye view from his parent’s seafood restaurant, the Asgard, on the Westport Quays. He remembers fondly the wonderful upbringing he and his two younger brothers had here as ‘busy, but the best possible exposure’ as there was no job they didn’t do, from kitchen work to service to the books. Paul links his passion for the industry to these early years and thinks it unsurprising that all three Cadden brothers were drawn to hospitality.

Paul went on to study in the Shannon School of Hospitality and Management and work in luxury properties from Switzerland to London, qualifying as a management accountant in the process, with a flair for the business side of things. Returning to Ireland, a desire to open his own restaurant in the West had taken hold. ‘But I decided I wasn’t ready to move back to the West yet – I’m still not ready!’ he laughs.

Diep le Shaker was the next stop on Paul’s journey, becoming shareholder and director within 18 months. He discovered a love of Asian cuisine in the process, as it was here he met Taweesak (Tao) Trakoolwattana, who would go on to play a huge part in the Saba story. At this stage, Paul’s career seemed to be full steam ahead, but a storm was to be weathered first.

In the face of debilitating Guillain-Barres syndrome, rather than dwelling on the fact that he was the 1 in 400,000 who contracted it, he thanks his lucky stars that he happened to be in Westport when it struck. Going to his family doctor, who amazingly had dealt with the syndrome once before, meant the rare condition was identified immediately. Despite a year-long recovery time, Paul describes this time smiling with his eyes.

“It was a very humbling experience but I was never down about it because of my attitude, I’m a very optimistic guy and I was told from the word go that I was very lucky that it didn’t get into my lungs. There are worst case scenarios with the syndrome, so I took the attitude that I’m going to get through this.”

Paul describes himself as a glass half full kind of guy but what is striking is he is the one pouring the water in. He embodies the an attitude of gratitude and is passionate and ambitious in equal measure. These traits saw him come through his illness and follow his dream of opening his own restaurant, built around his own values which would go on to become the ‘Saba Way’. This philosophy focusses on producing healthy, nutritious and authentic food in a ‘happy meeting place’, the meaning of the name Saba.

Keen to make his restaurant as authentic as possible with the best chefs on board, he and his father travelled to Bangkok and arranged a lunch meeting with Tao, who had since left Diep and returned home. Naturally, Tao needed time to consider Paul’s proposition to move back to Ireland, and suggested meeting again that night for dinner. Paul remembers vividly the moment Tao walked in to the Chao Phraya river-side restaurant and announced that he wanted to come on board, followed by his team who would join him.’ It was fantastic – the biggest vote of confidence I could get starting back into business,’ he remembers, beaming. All bar one, he says proudly, are with us since then.

Despite his own accomplishments, Paul is not quick to elaborate on his own personal success. Instead, like a proud parent, he reems off the vast list of achievements of his staff. But staff is really the wrong word in this instance. With such diverse cultural backgrounds, Paul maintains that ‘people feeling like family in Saba, on the other side of the world from their homes, is our raison d’etre.’ His aim is to foster a culture of fun and family-like ties and he is very conscious to look after his own and act ‘if somebody is feeling down, they might be lonely, they could just need a hug’.

It would seem this approach has paid dividends, as a huge number of this family have remained in Saba since its opening. Paul explains how many have progressed up the ranks, and his pride is very much vested in them rather than himself. He excitedly tells me about Karim, who has won a national award for mixology every year since Saba opened. He beams with pride telling me that Karim represented Ireland and placed in the top 8 in the world at the Bacardi Legacy Cocktail Competition in Sydney last year. Kareem now mentors Victor, who is making his way up the cocktail ranks too – a prime example of Saba family ties.

When asked about Saba’s newest location, Paul reveals they settled on Baggot Street because of the exciting surge of development in the area, with neighbours like ‘quirky’ Cocu and ‘beautiful’ Eathos also catering to the health conscious customer. When asked if this represents competition, Paul says his attitude is ‘the more the merrier, because it brings people to the area so hopefully if we’re full, they can pop in somewhere else for a bite and vice-versa, restaurants feed off eachother’. In a wonderful example of Paul’s outlook, he smiles noting that the building’s location is ‘on the sunny side of the street’.

On the topic of Saba: the Cookbook, Paul recalls with delight the moment it was announced in Paris that they had won the prestigious Gourmand Best Asian Cookbook in the World title. Surrounded by the likes of Jancis Robinson, top Parisian chefs and authors of books he had on his own kitchen counter, he remembers being shocked and humbled to have scooped the award.

The victory was all the sweeter as Paul describes finishing the book as a long hard slog, ending up being much more than the pet project it was initially conceived as. However, Paul now describes it as ‘ the book that keeps on giving’. And the amazing story behind it means every sale truly means something to someone.

“my sister-in-law’s niece had Leukaemia, she was just 8 and was in St.John’s ward in Crumlin…she wasn’t doing well at the time at all. And we were sick of it, thinking what can we do, and then I thought ok, my part of the proceeds from the book need to go to charity.”

At the same time, half the world away in Thailand, flooding had devastated the homes of many of Tao’s family and the families of chefs in Saba. With Paul’s plans to donate his proceeds revealed, Tao immediately decided to dedicate his share to the Thai Red Cross.

With this motivation the book was completed, to date raising 13,000 for Crumlin and 5,000 for the Thai Red Cross. The book is now on a second print run, meaning more cheques will be making their way to these amazing causes. In addition to this, Paul details how Saba actively supports the work of Friends of the Earth, making a donation to the charity for every green curry sold, as well as collaborating on events and calendars to raise funds.

Saba Clarendon Street lends itself to charitable events for the likes of the Christina Noble Fund and Anam Cara annually, and will be hosting a luncheon for Goal next month. Paul’s Saba values undoubtedly extend to giving to others and are not just abstract concepts, they are present in everything he does. In this sense, life is an echo and his good will is consistently rewarded.

The Saba way seems to be the way forward, keeping this business fresh and relevant into its teenage years. In a nutshell, for Paul this means ‘we sail our own ship and we look after all on board. We adapt. We keep things fun, we constantly strive to improve. We are a family and we look after our own.’ Rather than resting on his laurels and taking stock of his own success, Paul is determined to bring the rest of the Saba family with him, after all, he says, ‘a rising tide lifts all boats’. Paul’s positive outlook and energy is contagious, and it is impossible to leave him feeling anything but uplifted. Saba is a happy meeting place indeed. 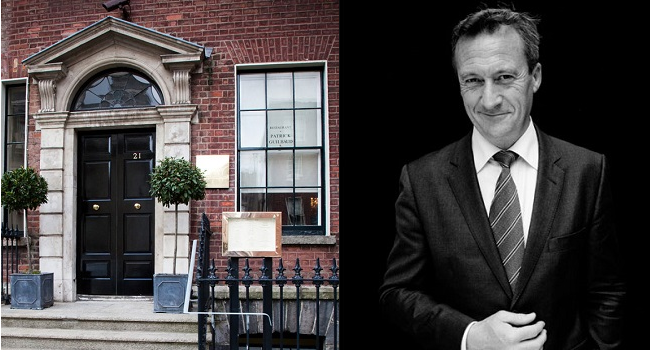 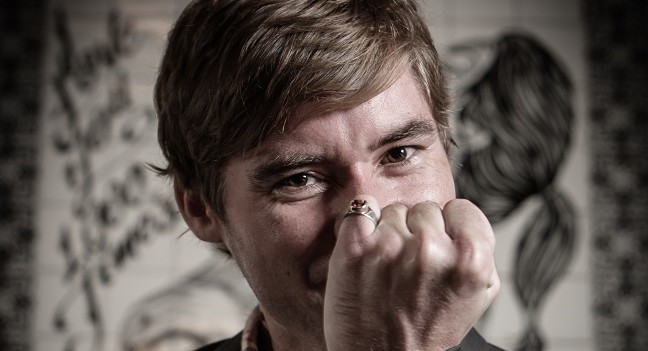 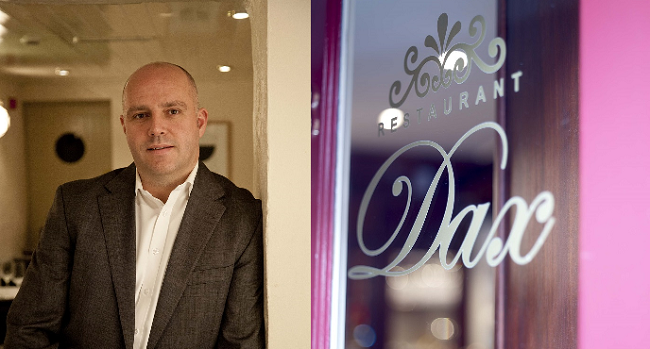 From Dax with Love – Olivier Mei…