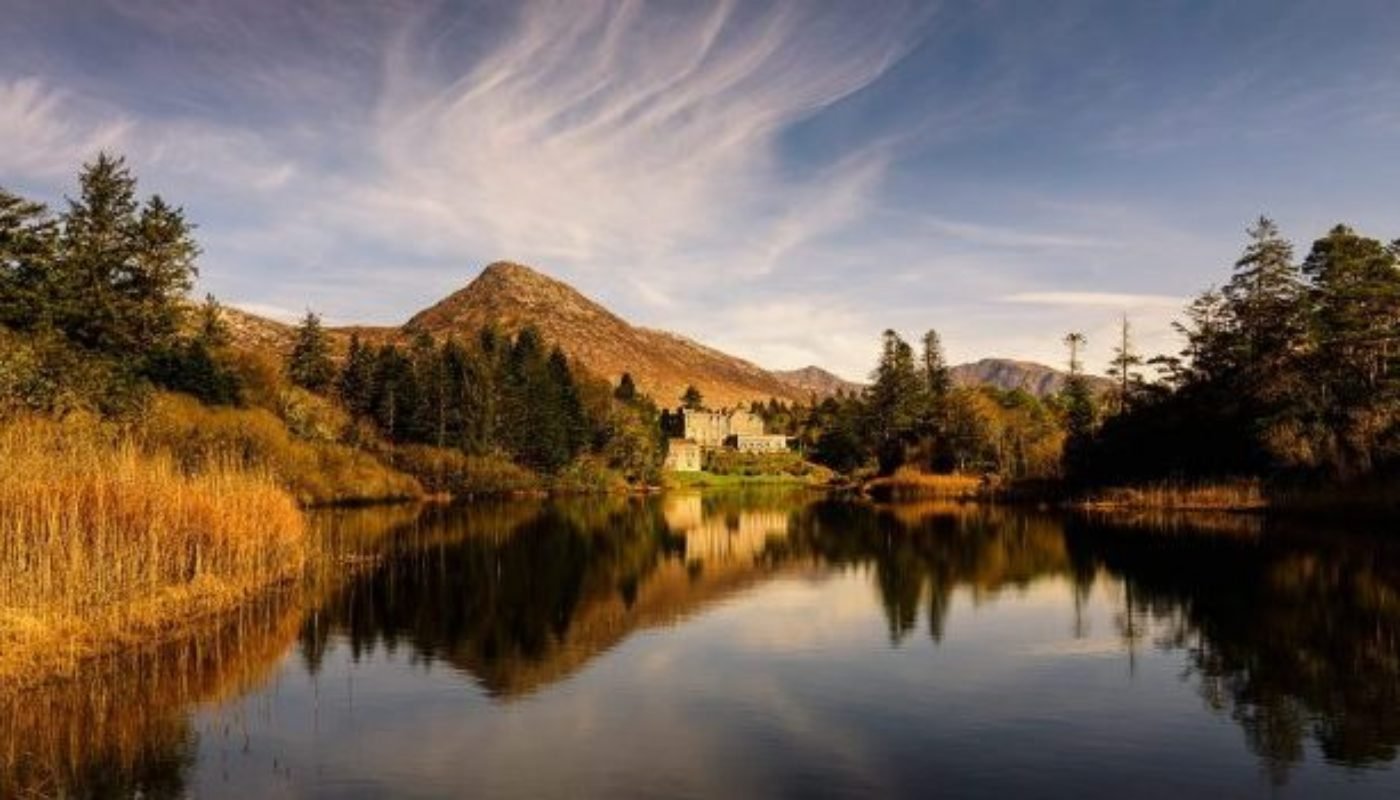 Could this be Ireland’s Most Romantic Hotel – Ballynahinch Castle Review

There are few places in the world that could rival the dramatic scenery and rugged valleys dotted throughout the awe inspiring coastal route to Connemara, seen by many as one of the most beautiful parts of Ireland.

As we passed through Connemara National Park on our recent trip out West, we were swept away by the many instagrammable moments between the moody bogland and the many mystical lakes dotted throughout what Oscar Wilde once dubbed as “a savage beauty”. Our destination was the idyllic setting of Ballynahinch Castle, an impressive luxury retreat dating back to the 18th century, steeped in a colourful history and nestled discreetly at the foot of the imposing Twelve Ben mountains.

Like many similar properties in Ireland the castle has been lovingly restored and extended over the years to cater for the modern traveller, the hook here is they have managed a seamless integration of old and new and left most the 650 acres completely unspoilt.

Ballynahinch is an escape that stands out on its own, exuding pure tranquility, driving up its winding driveway will leave you breathless, so stunning are the grounds within.

Expect roaring log fires, an informal greeting and pure luxury at every corner. Ballynahinch was recently acquired by well know billionaire Denis O’Brien, who apparently was a frequent visitor and who had a real affinity for the place.

No surprise to see the upkeep of the estate is impeccable whilst still maintaining its rugged charm on the outskirts of the sprawling property and its many fishing piers and huts that have keen fly fishers from all over the world flocking to year on year. We were greeted by General Manager Patrick O’Flaherty who has been at the helm of the hotel for over twenty years. Big in stature and big in personality O’Flaherty is as much of a draw to the property for many of its guest as is the castle itself. Being on first name terms with locals and return visitors alike, he exudes a charm that puts you at ease almost instantaneously.

After a four hour drive we sipped happily on welcome cup of coffee in the Castle Bar before heading off to explore our room for the night.

Accommodation at Ballynahinch is fairly breath taking; we were staying in one of their luxury rooms which has unrivalled views of the river and woodlands, four poster bed, walk in wardrobes, delicious homemade treats on arrival and a bathroom that is destined to give you serious life envy.

The real treat however was the champagne Afternoon Tea awaiting us in the Owenmore Restaurant, hand made treats designed to build up quite the appetite for touring the grounds.

The castle thankfully provides an array of wellies and outer wear if like us you have arrived in heels and brogues, we pulled on our Hunters and took a full tour of the grounds with Patrick and resident recreations manager Chris who also doubles are a very knowledgeable forager. Walking through the route along the river we even tried our hand at a spot of (unsuccessful) fly fishing, although we did get a brief glimpse of a fine looking salmon whizzing past. Even if you’re not the most outdoorsy type of person (i.e. us ) it’s hard to resist the charm of the estate, with its old railway, lake house and little fishing huts dotted around.

All that fresh air is guaranteed to build up quite an appetite, once we retired the wellies and made ourselves a bit more respectable we headed to warm up beside the fire in the library for a little pre dinner drink with some of the local producers, Padhraigh Walsh and Caitriona Kilgarriff of Uncle Matts Farm and David Keane of DK Connemara Oysters. Dinner at Ballynahinch certainly did not disappoint, Executive Chef Pete Durkan is a more than accomplished hand who prides himself on using the resources of the land to its fullest.

We began our Connemara feast with Artichoke Crisp, onion powder and the most delectable bacon and cabbage croquette that have passed our lips in sometime. First course of Galway Goats Cheese, heritage tomatoes, pistachio, coupons and a light drizzling of garlicky pesto proved a poplar option at the table and were a perfect display of the support the hotel lends to small local producers. Across the room a tempting looking plate of Grilled Dooncastle Oysters landed, dressed simply with a herb crumb some black garlic and tiny pearl like trout roe, which were quickly demolished in record time. Our main course of Monkfish & Razor Clams with Connemara Seaweed Polenta was an absolute triumph. The elegance of the plating, the balance of flavours from kohlrabi to liquorice left a lasting memory for all the right reasons. Patrick paired this with a sharp Chateau Favray Pouilly-Fume 2014 who’s fresh acidity was an impressive marriage with the monkfish. We finished with two unapologetic, sugar loaded desserts. They say this is often the most important course of the night as its the last so get it wong and that can leave a lasting imprint. Thankfully Durkan and his team managed to continue the theme of exceptional dishes.

Our first was a proud moment as we had earlier helped forage for meadowsweet on the grounds and this had now been transformed into a mouth wateringly good Parfait, with homemade honeycomb good enough to put “crunchie” out of business and a little chunks of aromatic peach that completed another successful plate.

On the other side of the table arrived a Lemon Posset, topped delicately with rose meringue, white chocolate and an exotic addition of lychee which complimented the floral rose to a tee with its balance of sweet and tart.

For a self taught chef Durkan’s food is beyond impressive, as is his relationship with the lush land that surrounds him in this bountiful part of the country. The commitment to the local producer that is evident on the menu is indeed one to be commended.

After a fabulous nights sleep we sampled a hearty breakfast overlooking the river with the sunshine in the distance, a view that was quite difficult to leave.

In our opinion there are very few places in Ireland that command all the unique qualities we experienced at Ballynahinch Castle, its romanticism, warmth and embracing nature are a testament to why people flock to this piece of paradise year on year. As we sip on our little mug gifted to us by the team on departure we can’t help but agree with its printed slogan “I’d rather be in Ballynahinch” !

Overnight and a five course dinner start from €215pp.