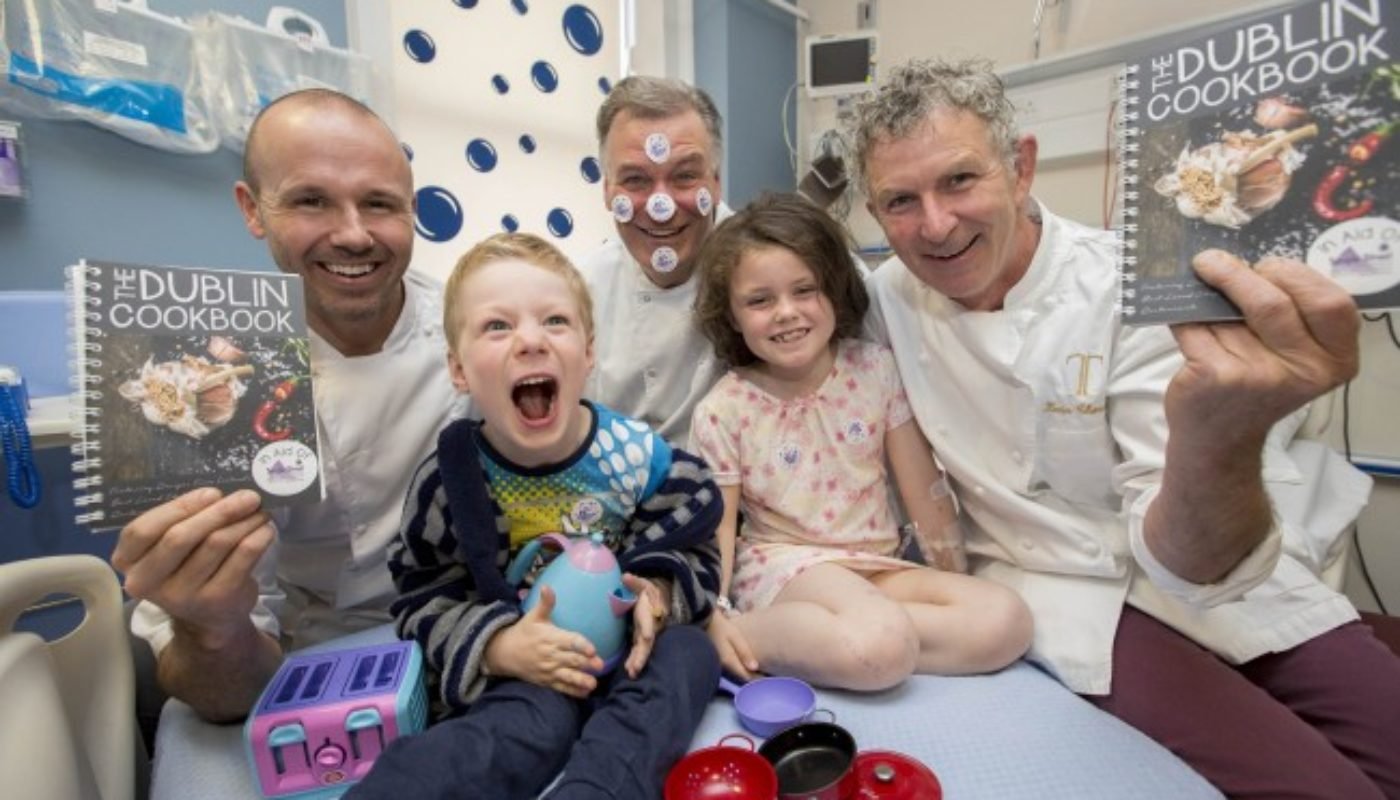 Patrick Guilbaud, Kevin Thornton, Oliver Dunne and Derry Clarke last week visited the hospital to launch The Dublin Cookbook, produced by Concept Marketing. The Cookbook is a compilation of over 130 recipes from Dublin’s top chefs and restaurants, and it is hoped it will raise over €50,000 to help Temple Street!

Kevin Thornton, Head Chef and owner of Michelin star restaurant Thornton’s, was only too delighted to be involved with the cookbook. Kevin’s life was turned upside when his son Conor became sick. Kevin explains

“My wife Muriel and I are forever grateful to the team in Temple Street’s Intensive Care Unit. When our son Conor was just 2 years old he contracted the deadly B strain of meningococcal septicaemia. In a flash our world crumbled as Conor fought for his life. Thanks to the expert care of the team in Temple Street Children’s Hospital, our precious son survived. When I was approached by Concept Marketing to get involved I was delighted to be able to give back to the hospital. Words cannot express our gratitude.”

The cookbook has something for everyone and people will be delighted to see recipes from their all-time favourite restaurants in Dublin and as proceeds are in aid of Temple Street it really is the present that keeps on giving. Oliver Dunne, Head Chef and owner of the Michelin star restaurant Bon Appétit in Malahide strongly believes this cookbook would be a great addition to every kitchen.

“I am delighted to have been asked to contribute to The Dublin Cookbook in aid of Temple Street. It’ s a really great book and hopefully it will raise lots of badly needed funding for the hospital. So I encourage everyone to go out and buy this book, if not for yourself buy it as a present for someone you know. It’s packed full of great recipes and the proceeds will be used to help kids in need!”

Gallery Of The Dublin Cookbook Launch in House

The Dublin Cookbook costs just €15 and is available at Taste of Dublin this week and from the following stockists: