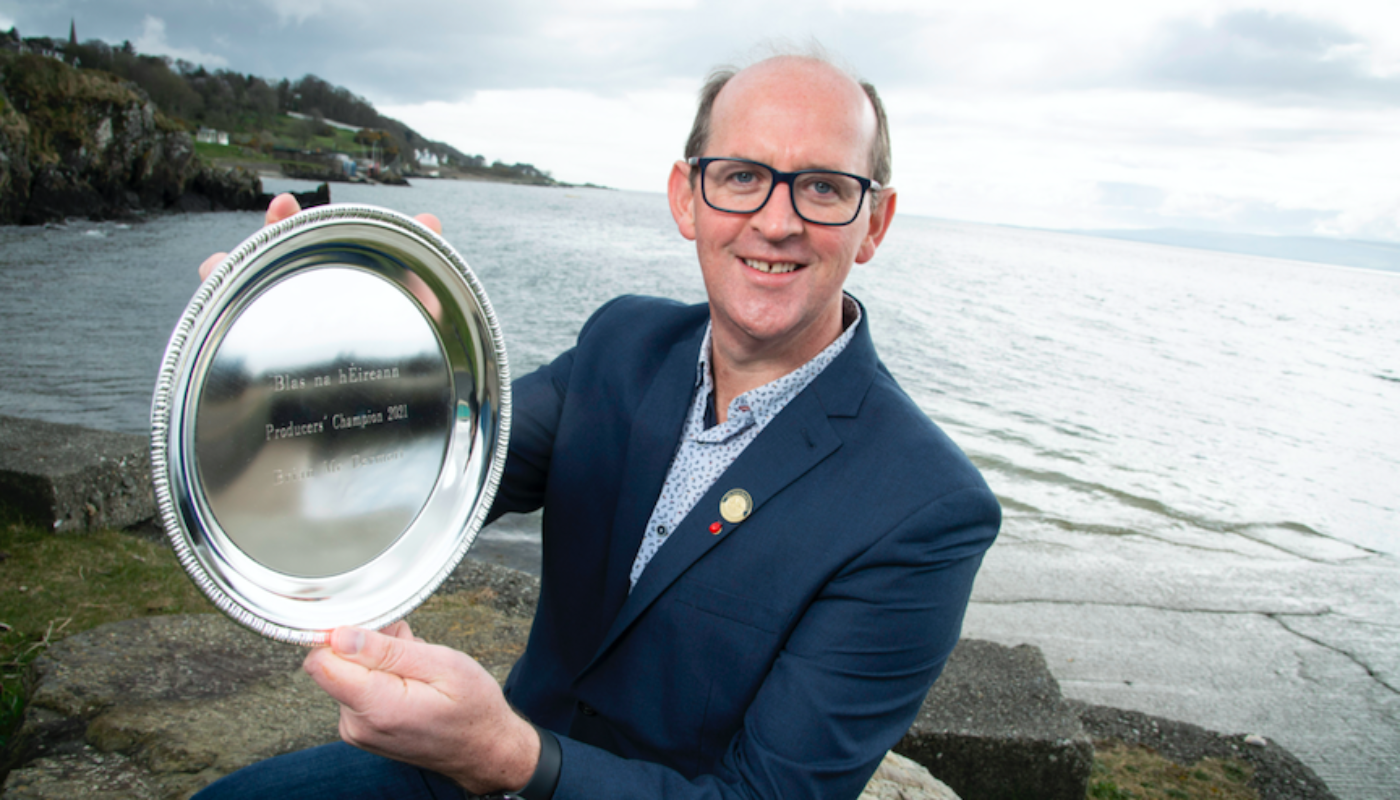 Mentor, ambassador and popular Donegal chef Brian McDermott is announced as Blas na hÉireann 2021 Producers’ Champion alongside a baker’s dozen of highly commended nominees. This year the Blas team asked producers to nominate people who they felt were doing their utmost to support and promote Irish food. Looking back on 2020, it was very clear that local support was invaluable to producers and this was evident in the suggestions that came back from producers. So much so that rather than just one name coming forward from the nominations, they saw a dream team of champions being suggested all across the country who had supported producers in a very tough year.

“2020 was a year like no other for our producers,” says Artie Clifford, Chairperson of Blas na hÉireann, “and with the pandemic stretching on into this year, we weren’t surprised to see such a widespread and diverse mix of nominees for our 2021 Producers’ Champion. People have continued to support local and the sense of community so firmly established during the challenge of last year has been maintained. We wanted to give a shout out to all the great individuals, couples, families and businesses who were nominated. The work being done in every corner of this island by people on the ground in a variety of professions is immense, all with one common goal of supporting and championing Irish food. We’re thrilled to announce Brian McDermott as the ultimate Producers’ Champion for 2021.”

Speaking of his award Brian said, “I’m so chuffed to be announced as the Blas na hÉireann Producers’ Champion for 2021. I’ve been a long-time supporter of what Artie and the Blas team do each year and I love being a part of the process in finding great Irish products. We missed not being in Dingle last October, but seeing the awards go ahead virtually was brilliant. Being from Donegal I have been so lucky to be surrounded by wonderful produce all my life and seeing that produce used with such respect by my mother growing up stayed with me. Banging the drum for the best of Irish is second nature to me and I’m thrilled that my passion has been recognised in this way by the producers I admire so much.”

It’s 14 years since Blas na hÉireann, the Irish food awards, were founded, and the value and importance of celebrating and supporting our Irish producers has never been greater. Entries for Blas na hÉireann 2021 close on 28th May, cost per entry is €80 (ex VAT).