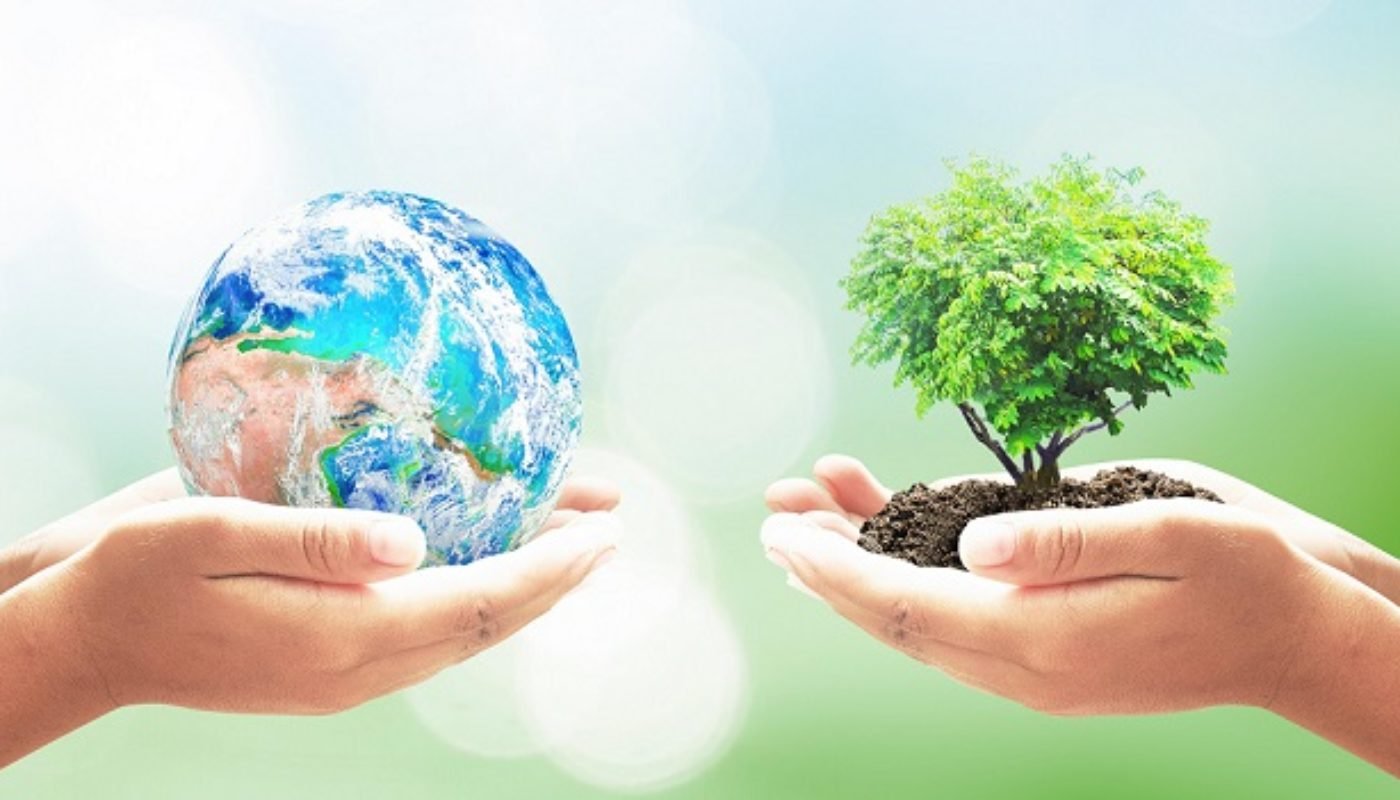 Here at TheTaste we are big supporters of anyone who uses their initiative and success for the greater good. Recently we have noticed a trend among Irish food companies who are making their products meaningful by giving help to those who need it.

Dublin recently saw the first Zambrero restaurant open on Hatch Street. Zambrero donates one meal to someone in need every time they sell one in store. Their meaningful Plate 4 Plate initiative has already provided over 8 million meals to those in need since 2005. Working with Stop Hunger Now, nutritious dehydrated meals have been donated in over 65 countries through health centres and schools to fight world hunger. Former Leinster star Darragh Fanning discovered the Australian chain when he was playing there and was determined to bring the concept of philanthropy through food to Ireland. Speaking at the opening he said “I was immediately intrigued by the unique values and fresh outlook of the business. It provides fresh, healthy food for customers while doing its part to eradicate one of the biggest challenges of our time – world hunger.”

FEED is a Dublin based company creating healthy and nutritious lunch boxes and salads which are delivered straight to your office at lunchtime. Similarly to Zambrero, they are embracing philanthropy by donating 7cent from every sale to Mary’s Meals, enough to feed a child for one day. The organisation feeds over 1 million children every day in schools all over the world. FEED founder Shane Ryan says “I think a strong social mission should be high on the agenda for every business start-up as it’s something that is too easily put on the long finger for further down the line. I’ve built a social contribution into the FEED model from the very beginning so it grows as we do. What we contribute per FEED is insignificant by our standards in Ireland but it has a huge impact on the life of a child that may otherwise go hungry.” Some businesses are encouraging philanthropy by helping feed the hungry closer to home. In Dublin, the staff at FIRE Restaurant & Lounge dedicate every Monday evening to make food for the homeless in the city. The restaurant provides all the food and staff spend hours making sandwiches and meals for those in need. Their charity partner Inner City Helping Homeless (ICHH) provides vital support services to homeless people all over the city. Speaking about FIRE’s efforts Anthony Flynn of ICHH said “Our partnership with FIRE Restaurant & Lounge will see us save close to €9000 this year. We are currently engaging with up to 140 homeless personal every night, which is close to 1000 people every week. This partnership will allow us to grow and extend service through 2016.” Another supporter of ICHH is author and food blogger Roz Purcell who recently raised €11,000 for the Capuchin Day Centre for Homeless People. After launching her bestselling cookbook Natural Born Feeder: Whole Foods, Whole Life in February, Roz set up the meaningful pop up shop on Baggot Street to showcase her recipes to the people of Dublin. All the proceeds from the very successful event were donated to the Capuchin Centre as a result of Roz’s philanthropy. Speaking at the time about her reasons for the donation she said “I walk down that street every day and you can’t walk by without seeing a homeless person. It really is quite shocking.” More help for the homeless in Ireland has come from a group called StreetSmart. The Irish branch of this international organisation is led by Brian Cuddy and over Christmas they launched an initiative called #DineOutHelpOut where customers in participating restaurants could add an extra €2 to their bill. Many of Dublin’s leading restaurants got on board including 777, Lock’s, Fade Street Social, Bow Lane, Super Miss Sue and Rustic Stone. The initiative raised thousands of euros for Focus Ireland and the Peter McVerry Trust. Brian says “Most of my friends work in the hospitality industry and we were chatting about how the industry could pull together to do something about the amount of homeless that were on the streets. This year we raised a little over €30,000 with just sixteen restaurants on board. The response from the staff and customers was fantastic so next year we hope to get 50 restaurants on board and aim to raise €100,000, 100% of which will go to supporting homeless charities.” There has been a lot of coverage this year focusing on government legislation in several countries that is forcing supermarkets to redistribute surplus food to the hungry. While no legislation exists in Ireland yet, some of our biggest retailers have already entered into meaningful partnerships with local food initiatives to help tackle hunger in Ireland. Tesco Ireland paired up with social enterprise FoodCloud in 2014 to redistribute surplus food from their 146 stores nationwide to different charities. The team at FoodCloud organise the logistics of safely transporting all the food between the stores and those who need it. So far FoodCloud have provided nearly 2.5 million meals and helped to redistribute over 1,000 tonnes of food. “COPE Galway has benefited greatly from Tesco and the FoodCloud initiative. Tesco enables us to support our mission ‘to contribute to quality of life in a home of your own, by supporting home, promoting community, and reducing isolation'” says Geraldine Ryan, Executive Chef at COPE Galway. Lidl Ireland has also taken it upon themselves to deal with their surplus food in a socially responsible way. They work with Bia Food Initiative to organise the collection, storage and redistribution of their produce in Cork, Dublin and Galway. Many of the charities that the initiative works with don’t have the facilities or funds to store and distribute donated food to the people they help. By centralising the process, Bia Food Initiative is able to help over 300 charities in their work tackling hunger in Ireland. Brendan Dempsey of the Society of St. Vincent de Paul says “Bia is a lifesaver to SVP. It provides essential help for families and our hostels at a time when our funds are decreasing while calls for help are on the increase week by week.” Philanthropists in Ireland aren’t just satisfied with tackling hunger, they confront a whole range of issues. One of the most well known of these meaningful campaigns is Innocent’s Big Knit. Since 2008 volunteers have knitted nearly 400,000 little hats which perch on top of Innocent’s range of smoothies. For every hatted smoothie purchased, Innocent have donated 30c to Age Action and to date have donated over €120,000 as a result. The knitted hats are a way of raising awareness about how hard the winter can be on older people. The Big Knit is not just about raising money and awareness, knitting groups have formed all over the country which provide much needed support and social interaction for Ireland’s older population. Brand Manager Bláthnaid McKenna commented, “We’re exceptionally proud of the Big Knit as, through it, we’ve been able to donate over €140,000 to Age Action, whilst also raising awareness for the charity as a whole. We take pride in making drinks that not only taste good but also do some good too and the Big Knit is a perfect example of how we do this. Age Action are a charity that work tirelessly to help older people stay warm and well during the harsh conditions of our Irish winters, and we wanted to help too.” Another meaningful cause that has recently been assisted by Ireland’s food community is Temple Street Children’s Hospital. Last year a group of award winning chefs including Derry Clarke and Oliver Dunne came together to create The Dublin Cookbook. The book is a collection of over 130 recipes and has already made loads of money for the hospital. It has just been announced that the book is up for a prestigious Gourmand World Cookbook Award. Renowned chef Kevin Thornton signed up to take part after the team in Temple Street saved his son Conor. “My wife Muriel and I are forever grateful to the team in Temple Street’s Intensive Care Unit. Thanks to the expert care of the team, our precious son survived. When I was approached by Concept Marketing to get involved I was delighted to be able to give back to the hospital. Words cannot express our gratitude.” 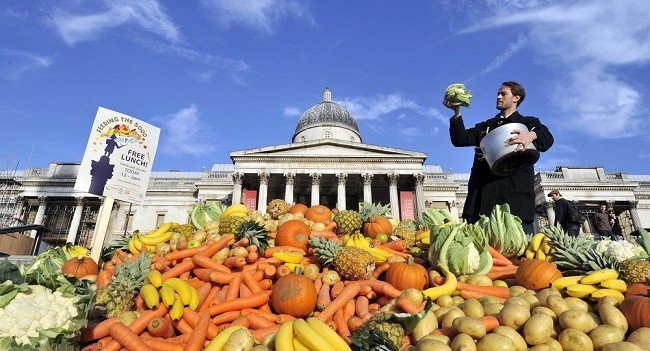 The War on Food Waste 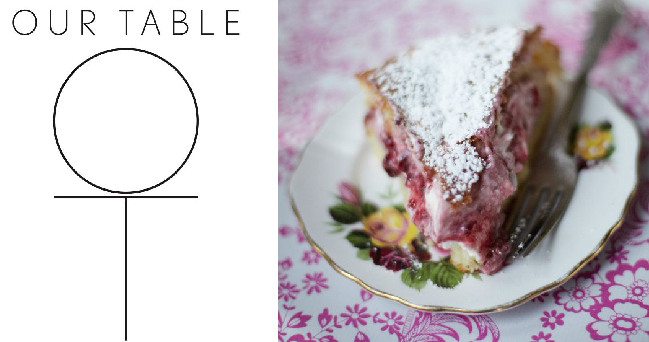 Putting Direct Provision on The Table – ‘Our Table’ Pop Up Restaurant 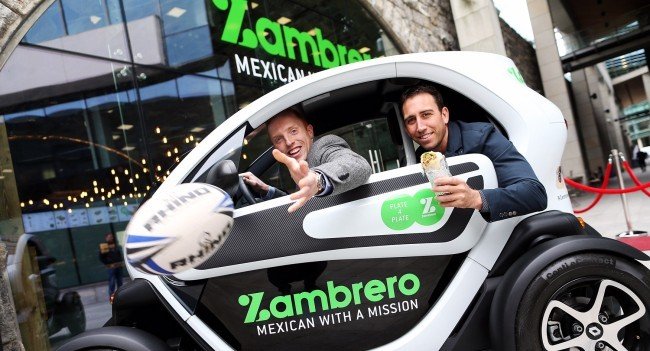