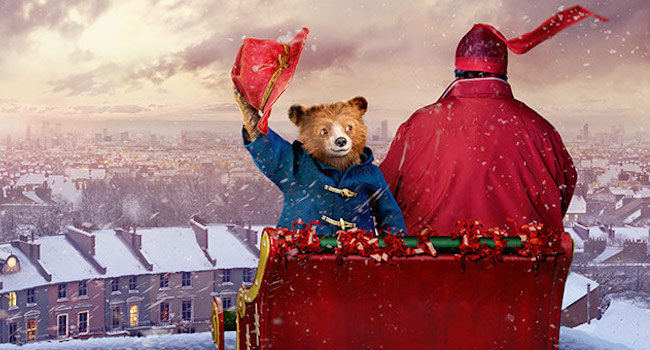 Marks & Spencer always know how to create enticing advertisements, from featuring their mouth-watering food to glasses clinking award-winning wine, but for Christmas this year they have given us something very special.

Recognised by his navy coat and red hat, Paddington Bear has joined the supermarket for their festive commercial to encourage the nation to spend Christmas well. In conjunction with the new film, that has been released to cinemas today, and will run for the Christmas period across Ireland and the UK.

Depicting a story of a burglar mistaken for Santa Claus, the famous bear then takes him on an adventure to deliver the presents, as the ad reveals a selection of the festive foodie treats and gifts available this year. Mince pies beside the traditional glass of milk, they then take an unexpected ride on a sleigh through the snow before spotting Christmas presents being opened – superhero-like dresses and fluffy pyjamas will make perfect surprises for kids and adults alike.

The ad ends with Paddington Bear offering his classic marmalade sandwich to the burglar, bringing a smile to his face and a tear to his eye. Although it has sparked controversy, the kindness of Paddington shows just why we #LoveTheBear.