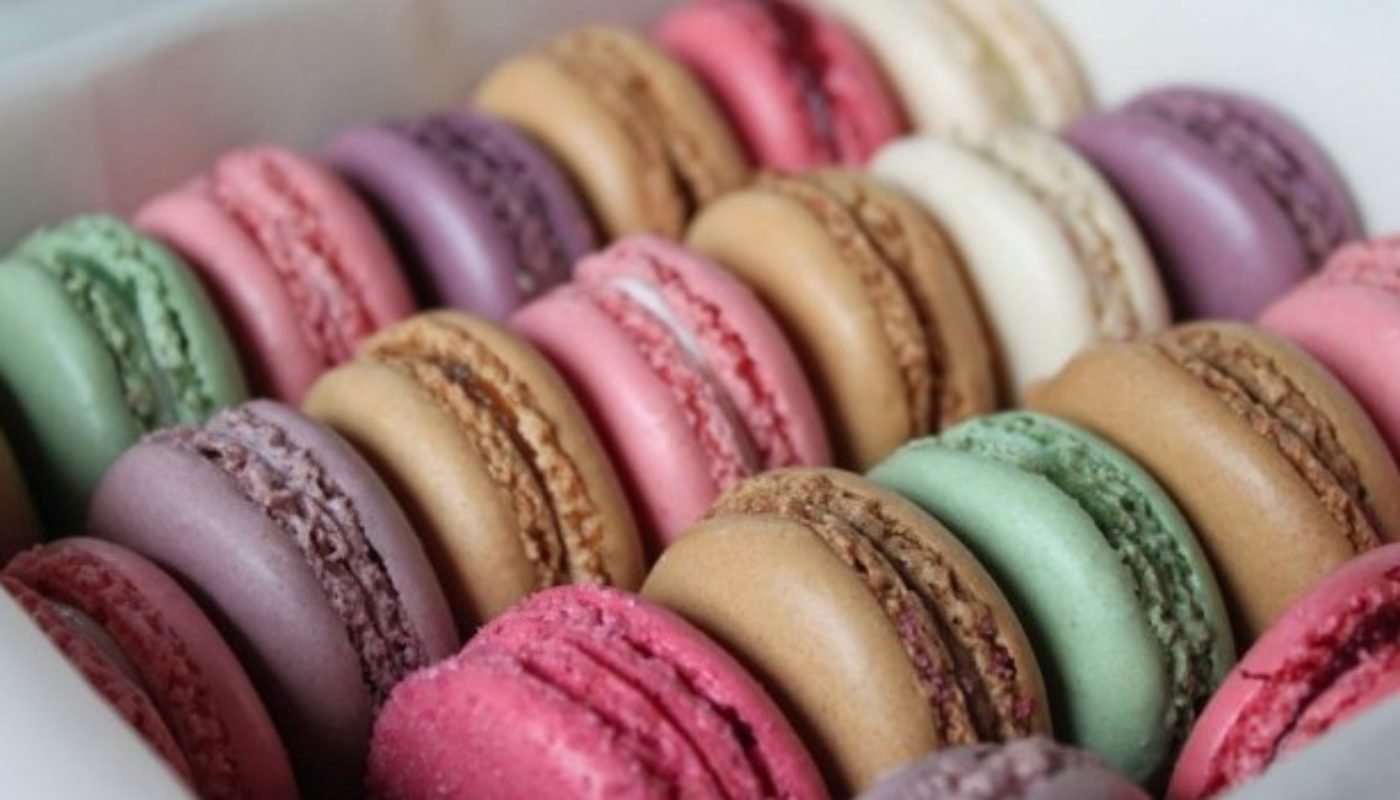 Macarons are a magical combination of egg whites, sugar and ground almonds that when whipped together transform into a sweet meringue based confection with a delicate, crunchy exterior, weightless interior and nougat-like chewiness. The French delicacy has a somewhat cult following, and the undisputed maison de macarons is Ladurée. Fans of the light as a feather confection have been flocking to their counter in Brown Thomas on Grafton Street since it opened in 2010. Ladurée now has a new prestigious address, opening in the landmark building on the corner of South William Street and Exchequer Street, finally bringing the full Parisian tearooms experience to Ireland.

John Collins is the man responsible for expanding the franchise in Ireland. Having experienced the magic of Ladurée in boutiques across Europe, the Middle East and the US his instinct told him that this temple of French gastronomy would find a place in the hearts of the Irish too. The buzz and crowds at the new house of Ladurée at lunchtime on a Thursday prove just that. “There are queues here continuously and we have only been open 10 days, and we have been up 15-20% in Brown Thomas each day since we opened up“, John says.

Baker Louis Ernest Ladurée opened his first store in 1862 on Rue Royale, Paris. After a fire the bakery was re-imagined into a tearoom, and it caused a storm in a teacup at the time when they combined for the first time the elegance of a Parisian style cafe with the delicacies of the French patisserie. In it’s 150 year history Ladurée has become the premier seller of the double decker delight. In fact, it was the cousin of the Ladurée founder that first dreamt up the the macaron as we know it, a delicious combination of two almond meringue shells with a ganache filling. More recently, Chairman David Holders took Ladurée to the next level; opening a flagship store in the very suitable surroundings of Avenue des Champs-Élysées , and bringing a taste of Paris worldwide with boutiques opening in choice locations, selling 15,000 macarons everyday.

John has recreated the Paris institution in all its gilded grandeur. The new boutique is like stepping into a jewel box; painted in Ladurée’s signature sea-green, it displays traditional decorative accents, busts, mirrors and classical paintings and showcases chocolates, champagne and of course macarons, all imported from Paris each day. “You go online and in five minutes you have spent forty to fifty thousand. It’s amazing; one delivery, one invoice, it makes it a lot easier“, says John of the streamlined delivery process. During my visit to the store a Ladurée Visual Merchandiser was there to train the staff on the art of display. “The window will always tell a story depending on the season“, explains John.

At the store you can compose your own personalised set of macarons, choosing from a palette of pretty pastels, with flavours such as vanilla, pistachio, chestnut and raspberry. John says there is no one top seller, everybody has their favourite flavour; “there is a girl who comes into Brown Thomas every Saturday morning without fail and buys fifteen lemon macarons“. Selling alongside the macarons are Ladurée’s selection of chocolates, champagne, candles and hampers; each gift exquisitely wrapped in boxes, ribbons and carrier bags. The finished effect is almost as gorgeous as the product itself.

At Ladurée, though customers might come in for the macarons, they stay for the afternoon tea. “At the Champs-Élysées store they serve 1500 afternoon teas daily“, John tells me. From January, the tea rooms at the new Dublin store, already furnished with marble topped tables and velvet upholstered chairs, will offer the full Ladurée afternoon tea experience. Parisian trained pastry chefs will prepare dishes from a sweet and savoury menu that will include french toasts, pastries and croque monsieurs. While nibbling on these dainty delights, diners can sip on a choice Nespresso coffees, teas, seven flavours of hot chocolate and even Ladurée cocktails. Ice-cream cones and cups will be sold over the counter, and in warmer months from a street-side vintage ice cream cart too.

The exterior of the store is almost as impressive as inside; the landmark corner building, wrapped in the Ladurée minty green shade, matches the elegance and opulence associated with the brand. “I have been waiting for a long time to find somewhere. You can only be here or Grafton street with this brand“, John explains. Only getting the keys into his hands at the beginning of November, it was a rush to design and open the store in time for Christmas, “we turned this around in three weeks from what it was before. It was a lot of work and a lot of sleepless nights“. “It’s a great location, a great corner and eventually the whole building will be painted the Ladurée colours and it will become a real flagship store at that stage“, he says.

Ladurée is celebration of all things sweet and feminine. Though John explains that there are a lot of male customers too, “we get a lot of men coming in who obviously had a little hiccup and say “send so and so a box of macarons”, and it’s a wonder, they obviously solve a lot of problems“. Soon these buyers can make even more of impact as John is keen to introduce drones to deliver macarons around the city centre. What’s more with a new website on the way fans of the fancies around the country will soon too be able to elevate their teatime.