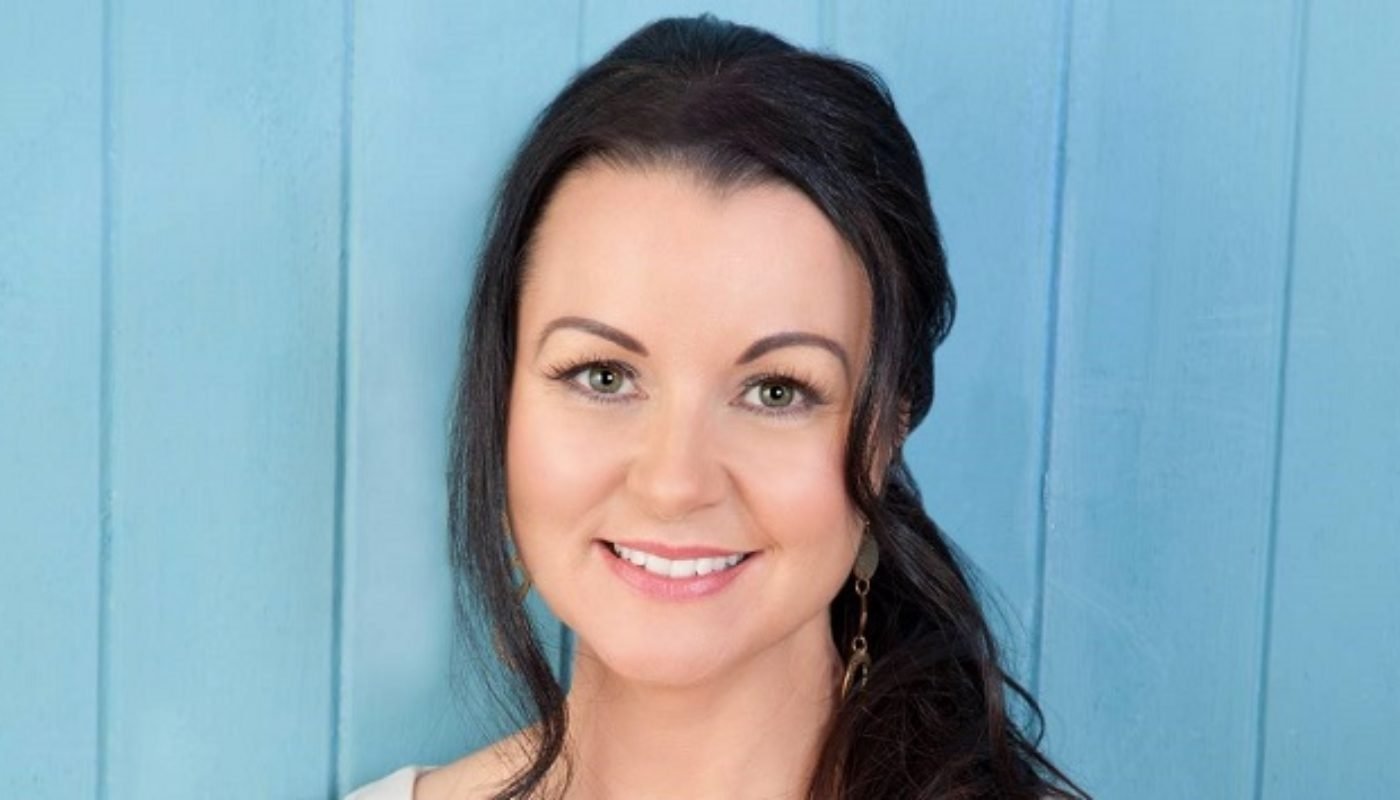 Louise Lennox is fast becoming quite the recognisable face on TV and the pastry chef and science lover turned educator is showing no signs of slowing down. But how did her career take off and where did her love of food really begin?

Chatting to Louise over the phone, I’m immediately struck by her kindness and bubbly personality and it’s refreshing to chat to someone for the first time and feel as though you’re talking to an old friend.

As a young girl struggling with dyslexia in school, Louise’s love affair with food began when a teacher allowed her to utilise her creative side and gave her the confidence to succeed among her peers:

“A teacher in primary school got me to make a cake for my reading assignment. I read cookbooks as I was dyslexic while everyone else was reading more novel types of books. There were lots of colourful pictures and not much writing and I was laughed at. I remember feeling so embarrassed and my teacher said if I made something from the cookbook, he’d give me top marks, so I did.”

Recalling that particular assignment, she added: “The other kids couldn’t understand why I was getting top marks because technically, it wasn’t a book. It’s all about how to see things differently. I got top marks for creativity and having a bit of innovation. So that’s where my love affair really started. It gave me some self-belief in myself and I was always very passionate about the world of food from then on.” Allowing her the opportunity to expand on her skills and explore her passion her food, her parents had Louise gaining valuable experience during her final year in school:

“My parents believed that everyone has their own talent, but not every talent is related to traditional education. I missed more school during my leaving than ever before and it wasn’t because I was sick. I was working in kitchens. I knew I wouldn’t get into college.”

“So when kids were given time off for study leave, I was in my first kitchen earning money and my mum and dad did that because they wanted to make sure that this was what I wanted to do. It’s all great and romantic seeming thanks to the rise of the TV chef, but it’s really quite hard. They wanted me to know what I wanted before I applied for Cathal Burgh Street.”

A creative individual, Louise is also hugely into acting and performing and for a time, was at a loss as to which path to follow. After receiving some important advice from her father, Louise ultimately followed the path to the kitchen.

Known for her skills as a pastry chef, Louise loves combining science and food to figure out “the why” of what she’s using.

“My love affair with pastry wasn’t because I had a sweet tooth, which I do, it was also because it’s actually quite scientific, so it ticks a lot of boxes for me and I did have a flair for it too”, she laughs.

Eventually, Louise felt it was time to head out on her own, saying: “It was a now or never moment. Before pop-up bake shops were a thing, I had one. I went out on my own and grew very fast from word of mouth. This was before social media was a thing. I baked through the night and those people out at Airfield, they were like a second family to me. I still miss them.”

Louise is now a recognisable face on TV thanks to her appearances on TV3’s The Restaurant. Describing how this opportunity came about, she recalls: “I got into TV very much accidentally, it wasn’t on my agenda. After doing some radio, I got a phone call from a producer on RTE for The Restaurant. I did a screen test and got the job two days later.”

I always loved the buzz from acting before the curtain went up and The Restaurant fills that void for me. There’s such a buzz and the camaraderie from the crew. I know I’m very lucky to have this opportunity that few people get to have. I love working with and meeting so many interesting people.

“We work for 16 hours so we really get to know the real person, because in reality, nobody can fake it for that long, especially when you’re filming until midnight some nights. It’s great there though and I’ve still kept in contact with a good few people from the show. They’re friends of mine now and I wouldn’t have met them other than through the show.” Speaking about her favourite creations from The Restaurant, Louise cites The Ulster Fry and The Snowman as her clear winners.

The creation, which Louise still gets asked about to this day, was “a mango coconut egg. It’s fascinating because of the science of food. It’s the one thing people still talk to me about.” Her other favourite dish, also possessing a scientific angle in terms of creativity, was The Snowman from the most recent series of The Restaurant. Created with Donncha O’Callaghan, “I loved the fact that it was this big huge rugby player and he had such a fun and creative dessert.”

Describing the various parts to this culinary creation, Louise says: “There were so many different elements, from making the fake snow to putting the liquid nitrogen in. Basically, it was dedicated to Olaf from Frozen and dedicated to his three girls. I loved it because it was just so much fun.”

Asked whether she has any advice for people who are passionate about getting into the food industry, she says: “My advice to anyone starting out now is if you enjoy and love what you do, you’ll be happy. If you don’t, you won’t because it’s hard work.”

She added: “Looking back, when I started working for myself, I rekindled my own friendships because I had previously been so busy that I hadn’t had any time.” With her food education ranking as one of her greatest achievements and something “I’m most proud of and through education, we make it fun”, I couldn’t wait to find out what’s next for Louise:

“Aisling and I are producing our first ebook with Foodoppi, which is expected the first week in September. It’s not just a cookbook but we go into the science of eating, which is a learned skill. People have to learn how to eat, so the book is practical. There’s no preachy stuff. All the food in the book, we’ve trialled on children.”

From her struggles as a child to now helping and educating children, Louise feels as though she has now “come full circle” and can’t wait to see what the future holds.