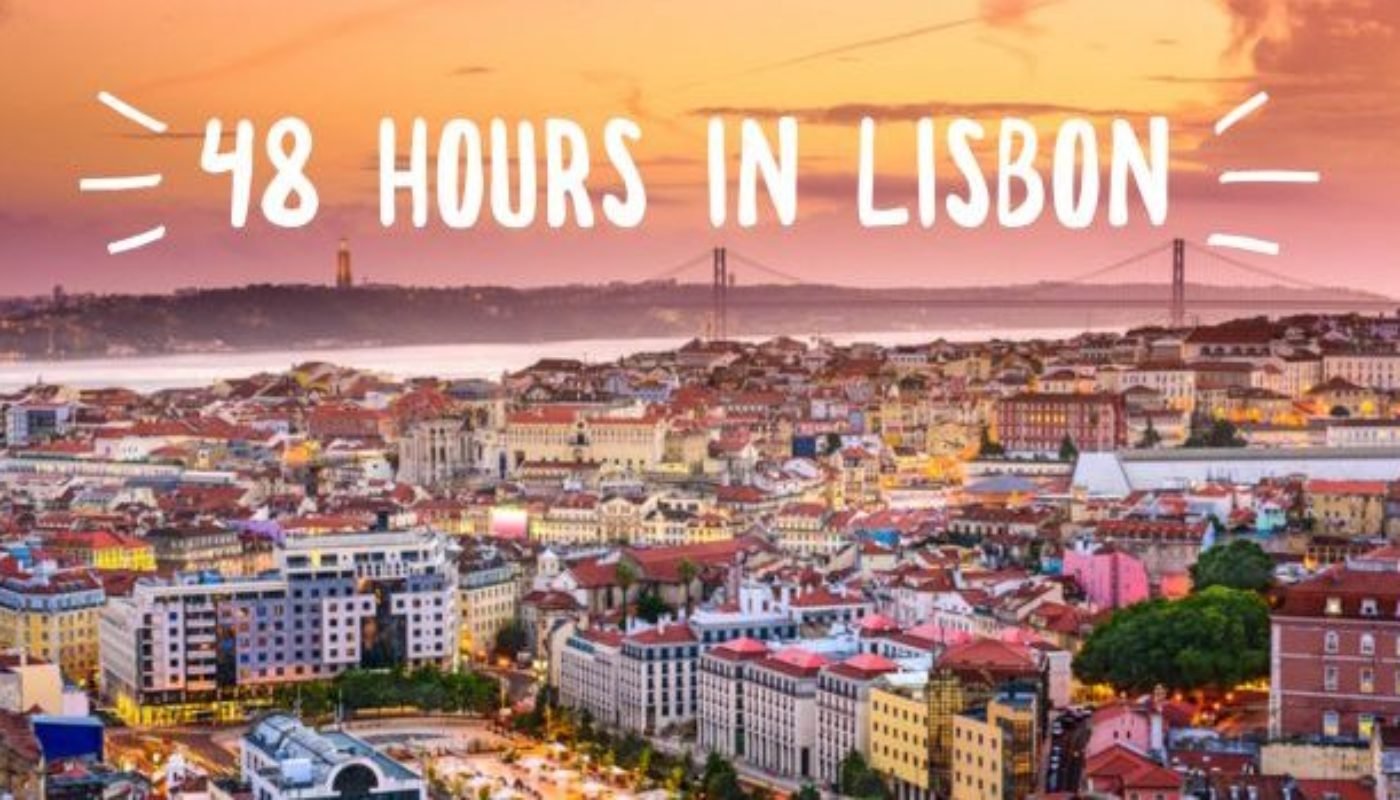 Lisbon is one of Europe’s most colourful cities and perhaps even the coolest. While everyone I have ever met has raved about Portugal’s capital, it never seems to have the hype of other cities on the mainland, such as Paris, Rome and Berlin to name a few.

If you find yourself in this beautiful city, I can almost guarantee that you will fall in love with the hilly landscape, history, culture and food. You may even leave your heart in Lisboa, only realising what’s missing long after returning home.

I have only been to Lisbon once and it was the definition of a flying visit. While taking advantage of a weekend while living and working in Spain, the short break was as easy to do as an Irishman’s weekend in London.

With so much to see and so little time to see it, myself and my good friend/ultimate travel buddy, did our best to walk the city of Lisbon in just under 48 hours (while also making time for a half-day trip to nearby Sintra).

So, here’s what we managed to see in the various neighbourhoods of Lisbon… If you’re visiting Lisbon, odds are that you’ll spend some time in the neighbourhood of Belém, which is home to many of the city’s important monuments, as well as the famed Belém Pastries.

The furthest district from the city centre, Belém is easily accessed by tram (tram 15) and the seaside location is quite reminiscent of some of the world’s most famous cities and landmarks, like the Ponte Abril Bridge and Christ the King statue, both of which are a dead ringer for their respective twins in San Francisco and Rio de Janerio. While in Belém, it’s impossible to miss the Jerónimos Monastery. The exterior of this UNESCO World Heritage Site is decorated with intricately detailed designs. Against the cloudy summer’s day, it looked like a drawing on white paper.

Like many gothic style churches, this one is quite grand, with the stained glass windows catching my attention. I would definitely recommend arriving early, as large queues were already beginning to form by 10am.

My favourite part of Belém was Torre de Belém. The Belém Tower is located about 15 minutes walk from the monastery and is another UNESCO World Heritage Site. This seafront fortress is important because of its defensive features and was once considered the gateway to Lisbon. The tower is well worth a visit and there are gorgeous views of the harbour and ocean from the upper levels.

From the top of the tower, there are excellent views of Ponte 25 de Abril, the 25th of April Bridge, which bares a striking resemblance to San Francisco’s famous Golden Gate Bridge. I am a firm believer in sampling local cuisine, especially when it’s a dessert, so be sure and try one of the city’s most famous treats in their home. Pastéis de Belém can be bought in any of the cafés in the area, with myself and my friend opting for a small local spot rather than the tourist geared shop that was staring at us and had a substantial queue outside. We were in Belém so I’m sure the custard pastries taste just as good in any of the shops.

Not usually a fan of custard, I devoured this pastry in a matter of seconds. The Belém tart is a small pastry filled with sweet custard. It had a light texture to it and was delicious enough to satisfy my sweet tooth.

A good spot for some shopping and also for dining out is Baixa, the most central neighbourhood in Lisbon. Home to the city’s most emblematic squares and streets, be sure to walk down Avenida da Liberdade, it’s absolutely incredible. With 19th century buildings covered in mosaics and cafes, monuments and gardens, it’s a gorgeous walk.

No visit to Lisbon is complete without exploring the historic district of Alfama. This beautiful neighbourhood is full of narrow winding streets that are bursting with colour. Just by walking, you pass a number of unique antique stores and miradors (viewpoints). Without a doubt, the best view of the city is from Miradouro de Graca. It’s a bit of a hilly trek, but it’s well worth it as the views are spectacular.

Unfortunately, my view was quite foggy due to the spell of bad weather that seems to follow a lot of Irish people on their travels, but it was still stunning. A fishing suburb, Alfama is one of Lisbon’s most traditional neighbourhoods and often ranks as the favourite due to the colours and varied landscape. Located at the foot of Sao Jorge Castle, Alfama is enveloped with a real sense of the past. Here, the Portuguese genre of music, Fado, was also created.

Alfama is full of steep and narrow hills that are walkable if you’re up for it, but many people opt to take the historic number 28 tram, which drops you off at the highest point of Alfama – the perfect spot to take in those views. One of the quieter neighbourhoods, I can definitely understand why it’s so popular and there’s nothing quite so beautiful as finding a moment of solace in a large city.

You’ve probably been hearing a lot about Sintra lately. Indeed, whenever someone mentions the words “have you ever heard of Sintra?”, I immediately chime in with a “yes, I’ve been and it’s magical”. Located 20 minutes outside of Lisbon and easily accessible via train, Sintra is a picturesque town nestled in the tree-covered hills of Serra de Sintra.

Covered in elaborate and exquisite palaces and mansions, I would highly recommend spending at least half a day strolling around the area, visiting each of these palaces in turn. You don’t even need to enter the palaces to get a feel for their splendour. The most fascinating of these is the brilliantly vibrant Palácio da Pena and its accompanying park. The palace was built in such a way as to be visible from any point in the park and is a truly wonderful example of 19th century romanticism in Portugal. Especially during the hot temperatures of the summer, wandering through the woodland is a fantastic way to spend a day.

How To Get There

From Dublin, you can fly to Lisbon with Aer Lingus and Ryanair. Once in the city, Lisbon’s colour co-ordinated metro map is fairly straightforward.

In order to travel on public transport, you need to purchase a rechargeable Viva Viagem card. The best time to do this is when you arrive in the city. The card can be topped up by as much or as little credit as you want. Don’t throw it away when you’re leaving Lisbon as it can be used again should you ever return. While I would recommend spending more than 48 hours in Lisbon, especially if you’re planning on visiting Sintra, it is possible to see and do a lot in a limited time. I will personally be returning to Lisboa again in the very near future. A city this beautiful deserves to be appreciated more than once.