Like fire and little bit of electricity: The World of Sour Beer 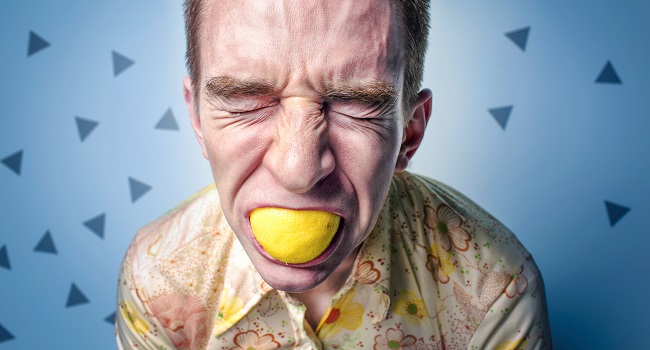 From Berliner Weiss to Gose, I’ve got the low down on the range of beers most commonly known as ‘sours’. Much like your favourite fizzy sweets, these beers can range from lightly tart to an in-your-face, mouth-puckering sour delight. So what makes sour beers, well, sour?

Sour beers owe their distinctive sour flavours to yeast and bacteria strains that produce this tongue-tingling sensation. For example, bacteria like Lactobacillus or Pediococcus are either deliberately added, or included via spontaneous fermentation-more on that later. Like brewing yeast, these consume the malt sugars during the fermenting process, but instead of producing alcohol, they spit out lactic acid and voila, sourness! There’s a quite a few different styles of sour beer, but I am going to talk about two types that are readily available in Ireland: the Belgian lambic family and tart German wheat beers.

The Belgian lambic family is comprised of lambics, fruit lambics, and Geuze. Historically, these styles of beer were spontaneously fermented. This means that they pumped the wort, the sugary liquid that becomes beer, into koelschips or coolships, a sort of shallow pan. They then left this open to the air overnight to gather the wild yeasts and bacteria before sealing them off to ferment! A few Belgian breweries, like Drie Fonteinen and Brouwerij Boon, still carry on the old brewing traditions. They age their beer in wooden casks where they can leave them to ferment for one to three years, depending on style. In a range of flavours like kriek (cherry) and framboise (raspberry), there is certainly a beer in the fruit lambic style to appeal to anyone’s taste buds. Fruit lambics historically called for the mixing of one, two and three-year-old lambics. Fruit is added halfway through the aging process, though many modern incarnations outside of Belgium simply add fruit to unblended lambics. Don’t get put off assuming because they contain fruit that they must be very sweet- many you will find are quite deliciously sour!

The final type in this family for consideration is Geuze. A moderately sour Belgian style wheat with high levels of carbonation blended from one, two and three-year-old lambics. The sourness here is in balance with a malt and barnyardy Brettomyces, a type of brewing yeast, flavours. It’s a delightfully sour beer with an amazingly complex palate showcasing the best of each point of the aging process.

Now to turn to the beer that Napoleon’s troops allegedly dubbed the ‘Champagne of the North’… I am, of course, referring to Berliner Weisse! I have a love affair with these beers, light and refreshing and perfect for summer and early autumn. This style of beer is characterized by a clean lactic sourness, often lemony or apple, and high carbonation levels. The malt characteristics of these should support the sour and be reminiscent of bready or doughy flavours lending to the inclusion of wheat. You will get little to no hop flavour or aroma from this style. They tend to be low ABV, generally ranging from 2.8-3.8%, making them perfect for a session.

Last, but certainly not least is Gose, an old historical, at least medieval, style of beer that is having a bit of revival at the moment. Another wheat beer, this one with high levels of carbonation and tart, fruity flavours reminiscent of lemons, stone or pome fruits. The lactic sourness of these is somewhat moderate but it’s certainly noticeable. Two key ingredients in the production of this style is the addition of salt and coriander, which add a lovely layer of complexity and really compliments the sour fruit characteristics.

The German lager brewing tradition of Reinheitsgebot was really Bavarian-only until 1906 and did not affect the brewing culture of the north where these beers were traditionally produced in Berlin, Goslar (hence Gose) and eventually Leipzig. Importantly, unlike perhaps the lambic beers, there was never a single traditional method for brewing these beers. However, Berliner Weisse and Gose usually get their clean flavour from Lactobacillus.

These are excellent options to try a fruit lambic. For the Kriek, they use a blend of old and young lambics aged in oak casks then fermented again with 25% black.

The Framboise utilizes over 300 grams of raspberries per litre and they recommend to ‘drink it while its young’.

These are both more towards the lightly tart and sweeter end of the scale for sours. However, they still possess amazing flavours that Boon delivers spades!

Available in drinkstore.ie and often at craft beer pubs. If you want a fruit lambic on the higher end of complexity (and budget) look no further than Drie Fonteinen Oud Kriek.

This is an absolutely gorgeous beer with some funky barnyard notes, drying tannins, and tart cherry flavours. Historically a speciality of Berlin, the Irish craft breweries have certainly made their own stamp on Berliner Weisse with brews like The Puca by White Hag Brewing Company. This beer is lemony and tart, while still having a lovely malt profile that holds up with the sour flavours. It also has an enticing layer of Brett, giving a farmy layer of complexity and creating an all around stunner. €2.95 a bottle and available at O’Brien’s. One gose not to miss is Acid Mother from Galway Bay Brewery. The beer first hits you with a kick of lime and salty deliciousness, followed by a sweet caramelly, biscuity flavour, and then finishes with more sour and salt. If you are new to sours- you are lucky to have this one out for a first go!

Acid Mother is served at various Galway Bay Brewery pubs around the country and their various bottled beers are also available at O’Briens.