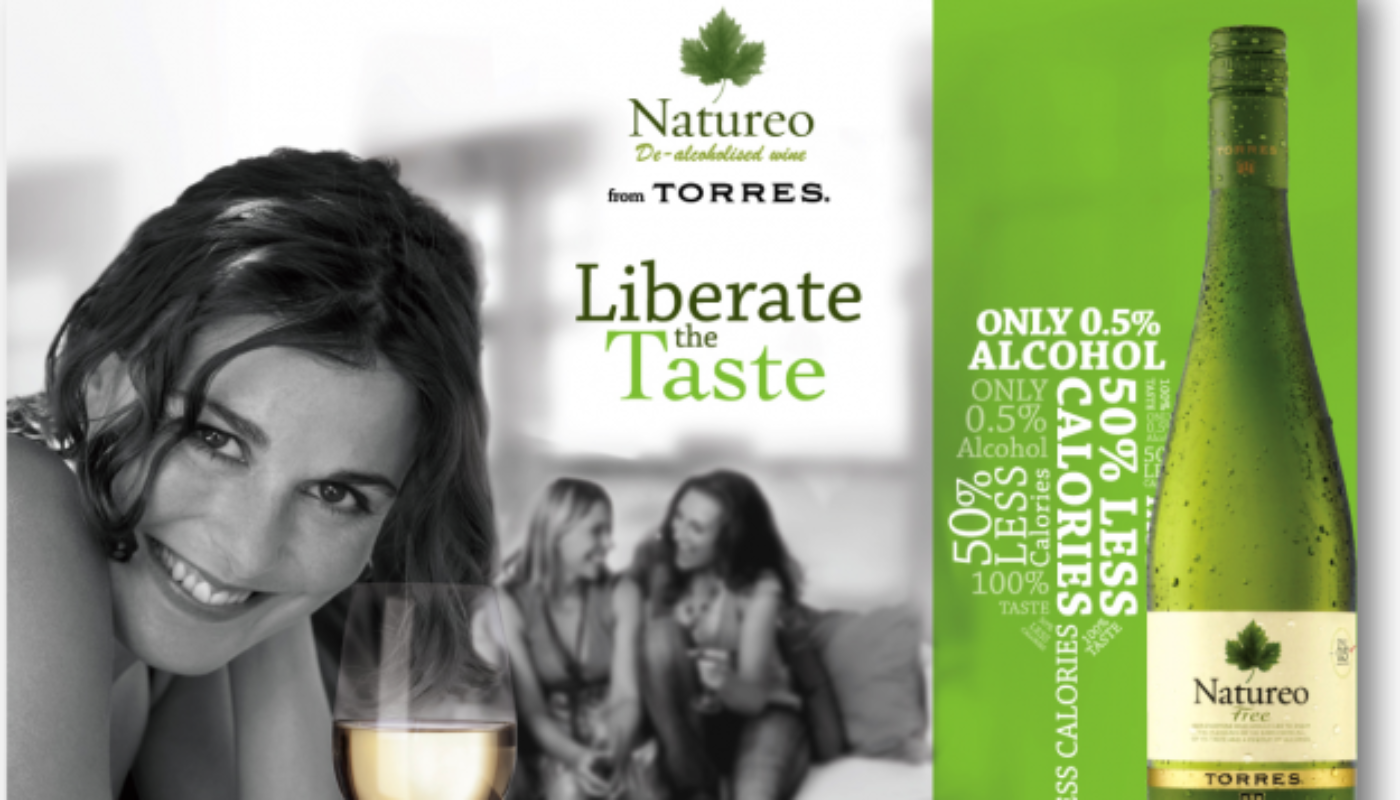 Home » Lighter Wines for this Christmas and New Year

Lighter Wines for this Christmas and New Year

Make things easier on your body this Christmas and new year by avoiding going ‘cold turkey’ and choosing a de-alcoholised wine instead, either as a preventative measure throughout the festive season, or as part of the new year detox.  Below are some great wine suggestions to get you started, all of which are only 0.5% ABV and less than half the calories of regular wine, while still tasting great. Torres Natureo
Natureo is Torres’s – and Spain’s – first de-alcoholised wine and has quickly become Ireland’s favourite wine of choice in this category. Made from 100% Moscatel, it’s full, fruity and very aromatic, as well as being one of the most stylish-looking de-alcoholised wines out there.  Virtually all alcohol is removed with only a trace 0.5% ABV remains, meaning that you would have to drink three full bottles in under an hour in order to reach the limit of one standard drink!  Furthermore, the alcohol is removed by using an innovative spinning cone technique, which ensures no chemicals are used and the full flavour and antioxidant properties are maintained.  What’s more, at only 41 calories per 187ml glass (a quarter bottle)  – which is less than half full-alcohol wine – you won’t feel like you need to be rolled out the door afterwards.  RSP €7.99  O’Briens Fine Wines; Dunnes Stores; Mitchell & Sons, Dublin; Redmonds of Ranelagh, Dublin; Sweeneys of Glasnevin, Dublin; The Corkscrew, Dublin; and independent off-licences nationwide

Also containing less than 0.5% ABV, Fre is available in the internationally-famous varieties of Chardonnay, Merlot and White Zinfandel here in Ireland, meaning that you can almost completely cut out your alcohol intake yet continue to experience the flavours of your favourite grapes.

Originally founded in the late 1800’s, Sutter Home Winery was purchased by the Trinchero Family in 1947, and today Sutter Home is one of the few remaining family-owned and operated wineries in Napa Valley.RSP €7.99 Dunnes Stores; Joyce’s of Galway; Supervalu nationwide; and good independent off-licences nationwide

Carl Jung
The Carl Jung company is rich with history and tradition: established in 1868 by Carl Jung, a wine grower and cooper in Germany, his son Carl Jung Jr. patented a vacuum technique for removing alcohol from wine while retaining its flavour in 1908, which at the time was completely innovative and set the bar for de-alcoholised wines at the turn of last century.   Today the company still uses this technique which has been copied by others worldwide. Both a red and white blend are available here in Ireland, but also a de-alcoholised sparkling wine which is unique in its category; so even sparkling celebrations can be enjoyed without the alcohol.  Oh, and their wines are vegan-friendly too, making your good January intentions even more wholesome!  RSP €5.99 Superquinn; Dunnes Stores; Joyce’s of Galway; Molloy’s Off-Licences, Dublin; O’Brien’s; Next Door Off-Licences; Supervalu nationwide; and good independent off-licences nationwide