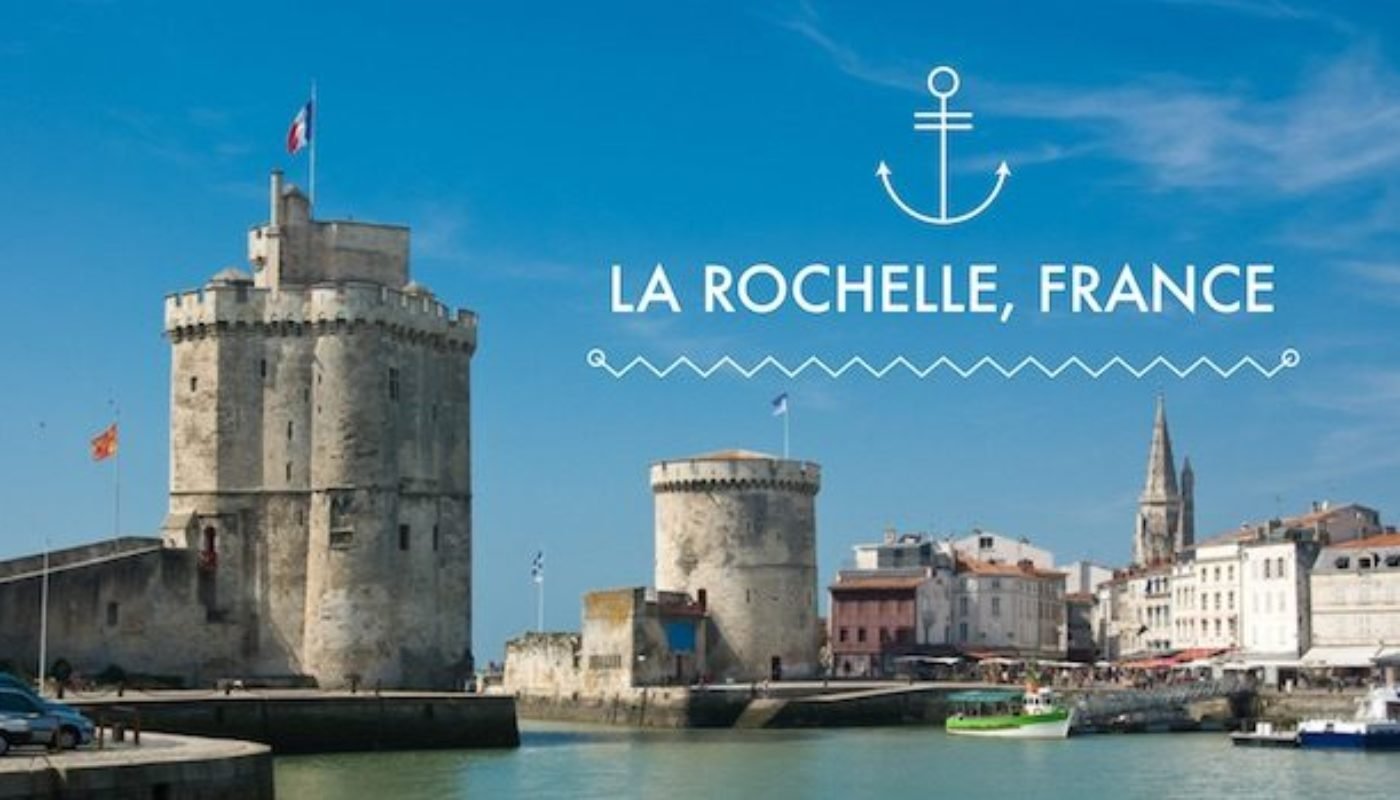 There is a luminosity about La Rochelle that is unsurprising. Even in mid-April you would need a pair of sunglasses – readily available at a moment’s notice – to offset the subtle glare that bounces back at you from its limestone buildings. Not for nothing is it known as La Ville Blanche (the White City).

Because of the time of the month we visited, we were expecting a decidedly chilly long weekend – winter coats, boots, scarves and beanies – but we ended up leaving these in our hotel room.

It seemed that unnecessarily heavy clothes would not weigh down our search for good food in La Rochelle. At the end of our visit, the only thing that took its toll was the amount of great value food we had. Before we outline the random selection of restaurants, cafés, and bars, however, we need to tell you something: as this is a low budget trip to one of France’s most beautiful small cities, Michelin star establishments are not on the menu.

Many people, oddly enough, take a similar approach – we lost count of the amount that bought a baguette and a lump of cheese from the central market, only to settle themselves down by the marina or on a bench and just nibble contentedly away as if it were the most natural thing in the world to do (which, of course, it was).

This was a lesson – indeed, a very French lesson – that told us something important about the nature and context of food. That lesson was: you don’t need to spend gazillions of euros for nutritious, delicious food.

We experienced this a couple of times. The first was the day we arrived – the aeroplane had touched down around 1pm, so we checked into the hotel, and then made our way towards the town centre for lunch.

We didn’t care too much about where we went, but quickly enough – with the sun calmly making its presence felt – we sat down at Le Café Des Arts, 31 Rue Gargoulleau.

Rue Gargoulleau leads down to the market square, via which you get to the marina, but it is one of those cobblestoned strips that immediately puts you in the mood. The café is very close to an art gallery, hence the name, but it’s the food that strikes you as much as the artwork that adorns its interior.

Sitting outside, flanked by a man drinking leisurely from a bottle of wine and a woman slowly drawing from a rolled-up cigarette, we order Moules Marinieres, a Salade Crevette, one espresso and two Pelforth Brune, an English Brown Ale-style beer brewed by Brasserie Heineken in Marseilles.

Both main courses were full to falling over and included French fries and – before they arrived at our table – a small basket topped with the kind of bread that is forever fresh and constantly crunchy. The total price for this lunch feast was €31, which is incredible value.

The second example of terrific value for food came the next day, further along the same lane, as we passed by Fromagerie (6 Rue Gargoulleau).

We stopped outside it because of its exterior standing-only table-posts, around which were friends tucking into cheese, wine and bread, and generally having a good time.

We popped inside, chatted with the owner (who, in yet another ‘it’s-a-small-world’ scenario, had once spent over a year in Armagh as a chef), who said he would sort us out with a variety of cheeses and two glasses of wine.

A few minutes later, we were munching on five different nubs of cheese, and sipping lip-smacking wine. There was also a side of small pieces of bread. Genuinely, it was the cutest lunch we had experienced since we can’t remember, but the wine was so flavoursome and the cheeses so aromatic we began to wonder how much it would cost.

Readers, when we were presented with the bill we almost dropped – what we had just eaten and sipped came to a measly €10. It was, without doubt, the smartest, best value meal we can recall having.

Once past Fromagerie, you are effectively in the town centre and the market square. Here, at Place du Marché, is where the real foodie passion rests.

Stalls and stalls of fresh produce located in a 19th-century building – as well as on the outside streets – lurch with people and the combined whiff of fish, cheese, and meats. Open every day, the market is manna from Heaven for the committed food lover.

There are multitudes of cafés and bars surrounding it, while the food inside and out delivers surprise after surprise. These include Marans red eggs (which have a particularly hard shell, making them ideal for transport), from the nearby town of Surgeres a delicately flavoured butter that has a salty/nutty taste due to the proximity of the sea.

We also had a taste of something we had never experienced before – a Tourteau Fromagé. Unique to the Poitou Charente region, this type of cheesecake is baked in an extremely hot oven, resulting in a burnt (or charcoal) textured top. Is it like nothing you’ve ever tasted? Probably.

You might think breakfast in La Rochelle is, well, a piece of cake and nothing else, and while it is for some we choose a different option. We also decide to bypass the breakfast in our hotel – we reckon at €15 per person we will not only save money but get better tangs and tastes if we walk five minutes into town.

We are proved correct three mornings in a row, but we have to wait for our final morning to discover what is surely the best little restaurant in La Rochelle that few people know about: Omelette Delice. Situated seconds away from Place du Marché, in Rue Des Cloutiers, Omelette Delice is aptly named. But it’s more than that – it’s a very cleverly designed and conceptualised eatery focusing on, as its name implies, eggs.

We won’t crack any obvious jokes here (oh, dear, hold on…), but what we will say is that this is the smartest, least fussy and best executed omelette-oriented restaurant we’ve eaten in. From the décor (egg yolk colour paint) to the cutlery, from the salt and pepper ‘egg’ holders to the tariff egg box, from the organic ingredients to the food delivery, from the chewy sweet that comes with coffee to the single yellow lace on the shoe of the owner, Omelette Delice is wonderful. And what to do as you wait for your bus to the airport? It has to be a lunchtime glass of wine, a coffee and a humungous slice of strawberry cake whilst sitting in Place Verdun, just outside the town’s famous Café de la Paix, a classified historic monument with beautifully intact Belle Epoque décor.

In many ways, Café de la Paix is an emblem of La Rochelle: it is proud of its history, it wears its grandeur lightly, it is as welcoming as a July breeze on an April day.