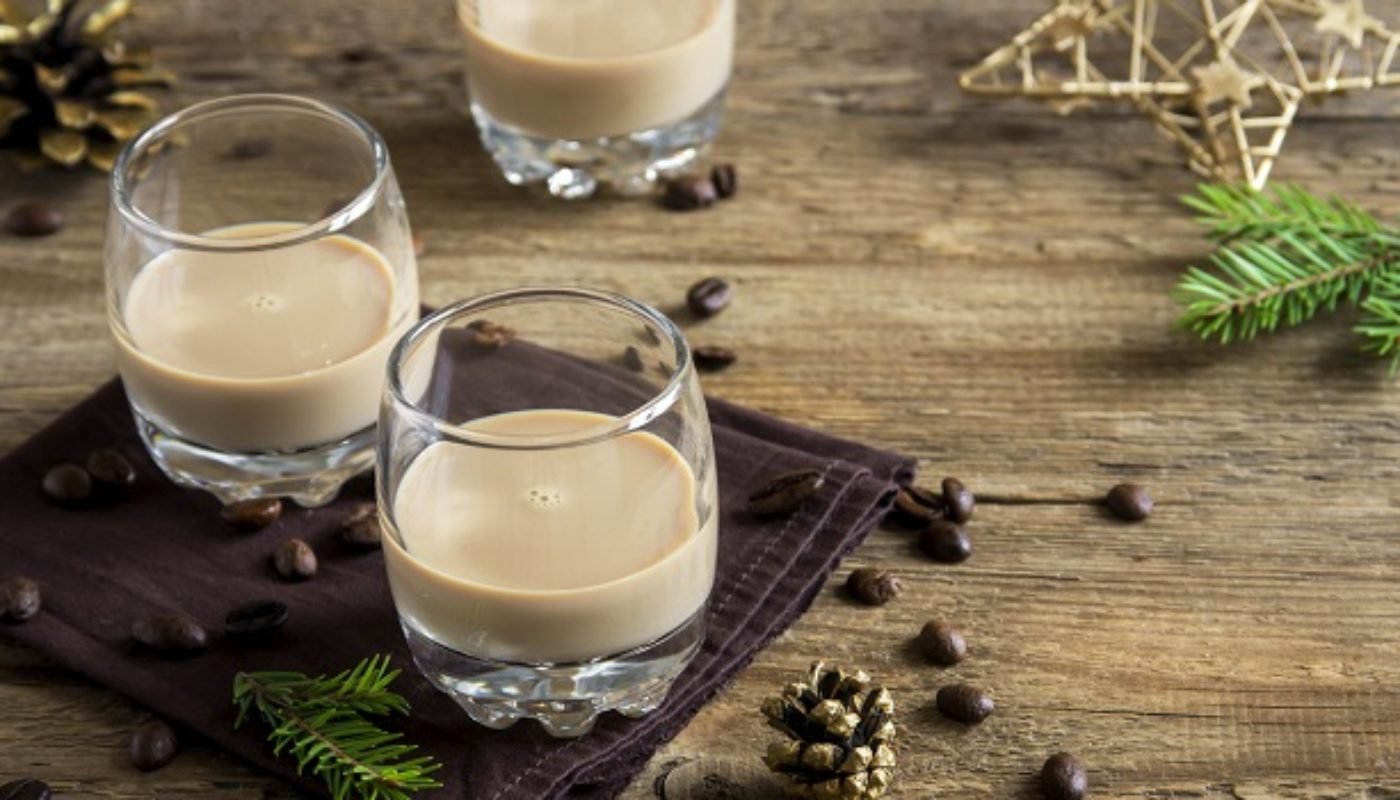 Irish Cream liqueurs are the Christmas jumpers of the drinks world. Maybe not the most fashionable all year round, but definitively the ones to seek for warmth and seasonal cheer, after all, who dreams of sitting cosy by the fire watching snowflakes hit the window while holding an Aperol spritzer and wearing a crop top?

And just like the garment, it’s easy to imagine cream liqueurs have been with us forever and are perhaps the modernised version of a beloved tradition, however, they are quite a modern invention.

Fun fact: jumpers have existed for nearly five centuries but Christmas themed ones were only invented in the mid 20th century and gained popularity in the eighties, now back to booze…

The invention of the Irish cream liqueur can in fact be traced back to one specific year, 1974, when Baileys was launched. The world’s first of its kind, it basically created a new category.

One of the main heads behind its creation, David Gluckman, tells Baileys’ story on his book That S*it will Never Sell. Everything from its taste, its packaging and name were the happy result of the combination between good instinct and savvy marketing, “We wanted Baileys to look irresistibly authentic”, he recalls.

After only five years in the market, Baileys attracted as many as seventy-five competitors around the world. All of them were look-alikes at lower prices.”

Nowadays that has changed. Cream liqueurs have found their own voice and while the Queen B is still the most popular brand, the category has expanded into different flavours (Baileys itself has launched a few spin-offs) as well as premium products.

An early example is Sheridan’s, launched in 1988 and presented in a characteristic dual bottle with a dark, coffee flavoured side and a pale, creamy side. The fact that it’s reminiscent of a pint of Guinness once poured surely didn’t hurt the success. Coole Swan Superior Irish Cream Liqueur, or as fans like to call it, Cool Swan, was launched in 2007 and it presented itself as the world’s first premium cream liqueur. It’s made with single malt Irish whiskey, real white Belgian chocolate and fresh, natural dairy cream.

In 2017, Cremor Irish Cream became the latest name on the list. Its party trick is that it floats on top of other beverages such as coffee, which makes it a flavourful and visually appealing addition to the category.

If we compare these products from different decades, it’s possible to see an evolution on the style of Irish cream liqueurs. From a mass produced crowd pleaser in the seventies, to high-end indulgence in the noughties and unsurprisingly, a mixologist inspired, Instagram-friendly rendition in this day and age.

While brands continue to offer variations and innovations, at its simplest a cream liqueur is a mix of spirit, cream, and some flavour. There is no reason why a homemade version can’t be made (however, it won’t keep as you’re dealing with fresh dairy). To make your own, you can combine one part Irish whiskey, one part cream and one part condensed milk. You have carte blanche to flavour it, however, a combination of vanilla, cocoa powder and instant espresso tends to work well.

Simply blend the ingredients and pour into a bottle. Consume within the expiry date of the cream.

Earlier this year the world discovered the recipe for the famous milkshake that inspired Kelis’ song and guess what, Irish cream liqueur was among the ingredients that helped her to bring all the boys to her yard. Publicity stunts aside, cream liqueurs are great as part of winter warmer cocktails and dessert drinks.

The simplest thing would be to add them to coffee or hot chocolate, but you can get creative and prepare something more elaborate, for example a cookies and cream or brownie shake, a twist on a White Russian (just replace part or all of the cream by your weapon of choice) or a “latte” version of the Espresso Martini.

Use it as an Ingredient

Thanks to their rich flavours, sweetness and texture, cream liqueurs are not just for drinking, they’re a brilliant way to give an adult twist to desserts. Think chocolate truffles, rich ganache filled cakes and boozy cupcakes.

One thing I really enjoy is pouring a generous drop of cream liqueur on ice cream and topping it with small pieces of chopped panettone. If you’re up for something a little bit more challenging (but worth the effort), you can use them for many creamy desserts such as mousse or cheesecake.

Here at TheTaste, we have a couple of tried and loved recipes: indulgent Baileys and coffee sponge or a Baileys and chocolate bundt cake. This was a revelation. The flavour of salted caramel and the level of sweetness are a perfect marriage as you can notice them but they’re not overwhelming.

The texture is delightfully velvety and the alcohol is perfectly integrated. No surprise it won Best Irish Liqueur at the Irish Whiskey Awards 2017.

It’s made in Tipperary using fresh cream from the Golden Vale region and it’s available in 36 countries.

It’s one to enjoy well chilled on its own, or to create mouth-watering toffee desserts. It promises a sophisticated cream liqueur and delivers. It’s more subtle than its peers, with a softer taste and a slightly lower alcohol.

The chocolate is not overpowering and the delicate flavour of the cream is allowed to shine, along with pleasant notes of vanilla. It’s one of the less sweet ones out there and it has a delightful creamy texture.

The name Coole Swan was inspired by the WB Yeats’ poem, The Wild Swans at Coole. This was bound to happen. With such a well respected and internationally renowned name, Kerrygold’s move was smart. Milk from grass-fed cows, real chocolate and Irish whiskey combine for a very indulgent serve of chocolatey goodness.

It’s remarkably creamy and rich, and covers your palate offering a lovely finish where the whiskey says hello.

Its roundness and overall quality helped this newcomer be named Best Cream Liqueur at the World Liqueur Awards 2016. As mentioned previously, this cream liqueur’s unique selling point is that it floats (on liquids denser than water, which includes whiskey and spirits in general), leaving a layer of creaminess delight on top of your drink.

Fresh cream from the Golden Vale combines with a blend of Irish spirit and Irish whiskey as well as chocolate for this innovative tipple. It’s not heavy (pun 100% intended) at all, and it has a moderate sweetness and a well balanced alcohol with no harshness.

While it’s fine on its own, it is ideal for cocktails. Use it to make a pretty good-looking homemade Espresso Martini or an Irish Coffee. 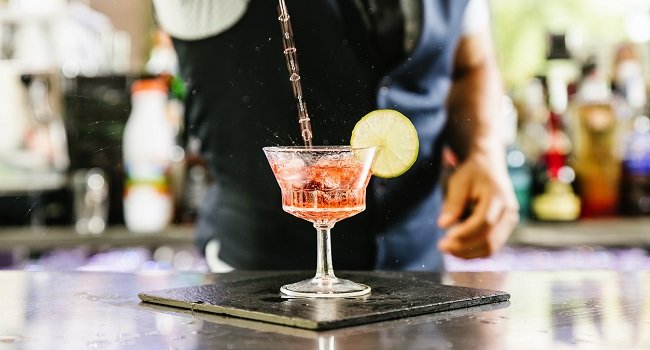 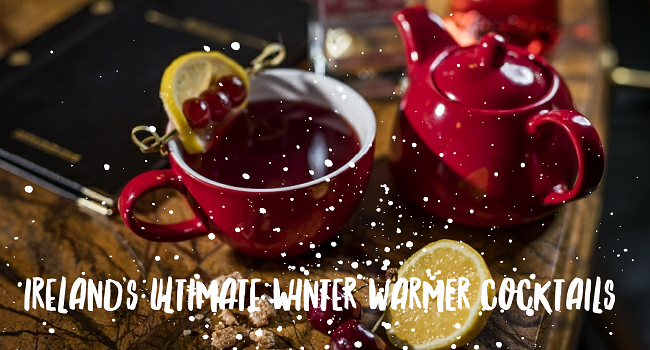 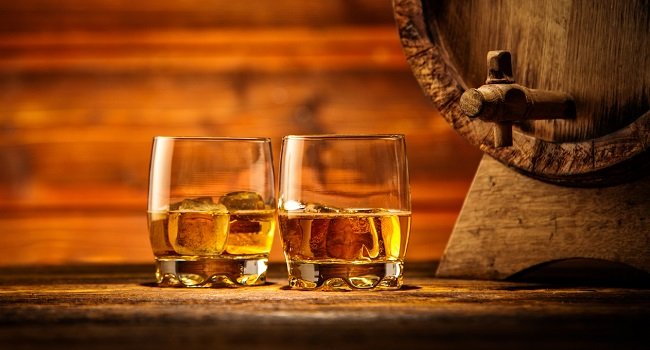