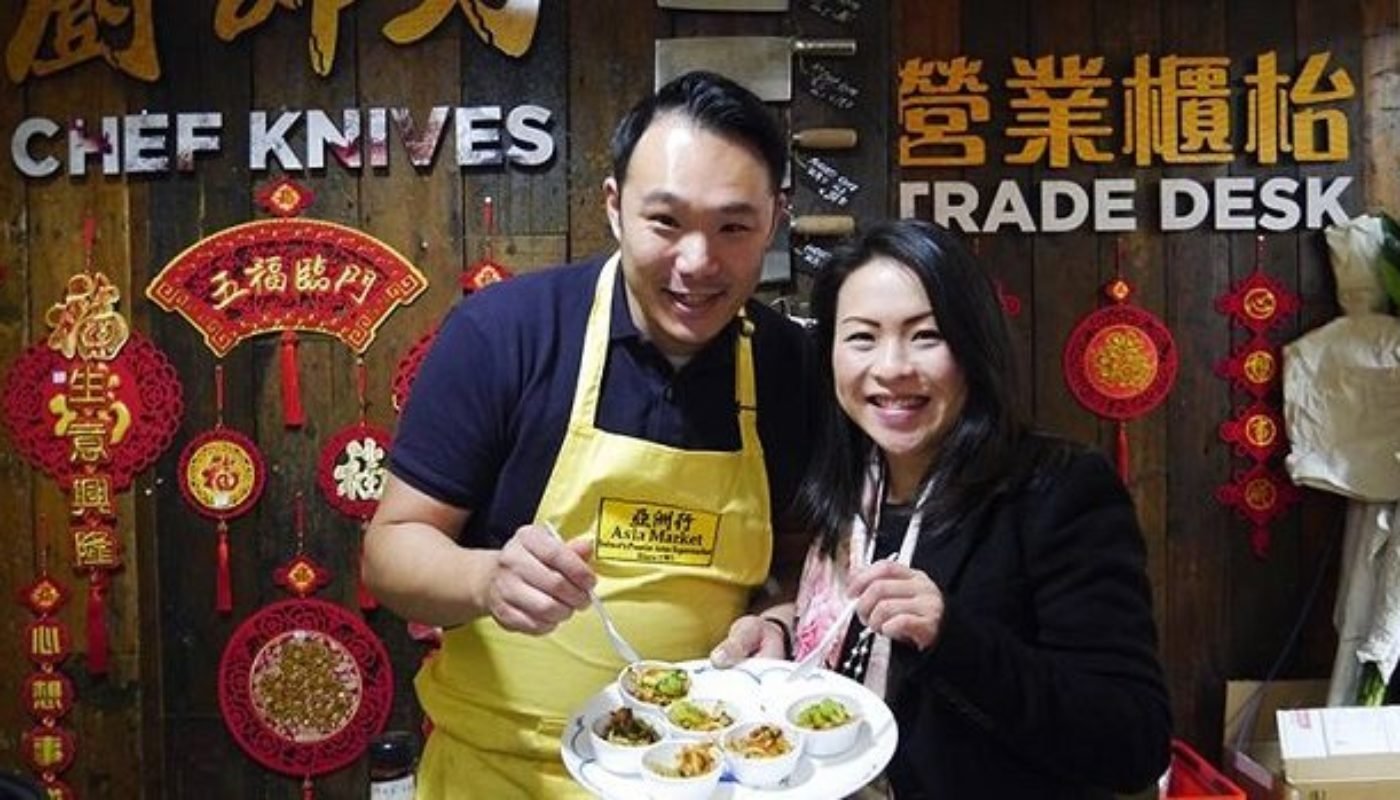 Have you ever felt a pang of shame as you ordered a ‘spice bag’ from your local takeaway? Well now you can recreate the salty sensation in the privacy of your own home – and make it a lot tastier – with Chef Kwanghi Chan’s Special ‘Spice Bag’ Seasoning, available for sale in Asia Market from today.

A phenomenom in Dublin chipper’s and Chinese takeaways since 2010, the spice bag, also known as a spicy bag, spice box or spicy box, has developed a cult following.

The spice bag seasoning will be on sale at Asia Market from their retail store on Drury Street, in Dublin’s city centre, and Cash & Carry and retail supermarket in Ballymount, for €2.50. Kwanghi explains how the spice bag seasoning can be used:

“mainly it can be used as a sprinkling seasoning used over crispy chicken and chips, or used as a rub for belly pork or meats, using as a dry marinade before roasting. You can also sprinkle into stir fries, or as a seasoning added to your own blend of Chinese spices which is used in the making of the famous Peking Duck.” Spreading outside the capital and across the country over the years, many variations of the spice bag have been spawned. A classic spice bag consists of deep-fried chips, crispy shredded chicken and/or chicken balls, red and green peppers, sliced chili peppers, and fried onions, all tossed together in a spice mix and served in a paper bag.- and if done properly will be accompanied by a tub of ‘chipper’ curry sauce.

Established in Dublin in 1981,  Asia Market is Ireland’s largest importer, retailer, wholesaler and distributor of Asian food products, and are the chief supplier of all your favourite Asian restaurants and shops across Ireland.

Born in Hong Kong, in southeastern China, Kwanghi moved to Buncrana County Donegal aged 8, where his family ran two Chinese restaurants. During his career, he has worked as Head Chef at the 5 star Cliff House Hotel in Waterford, at the 1* Michelin House Restaurant. He currently works as a developement chef for independent contract caterer, BaxterStorey.

He recently launched Slaint-Chi, a collaboration with award winning Chinese-American writer Mei Chin which aims to explore Chinese food in Ireland, and bring the true flavours of Chinese food to Irish taste buds, and Kwanghi has also been channeling his creative juices into his latest project: ChanChan Hong Kong Street Food Sauce.

To read more about Kwanghi Chan read his interview with TheTaste HERE.