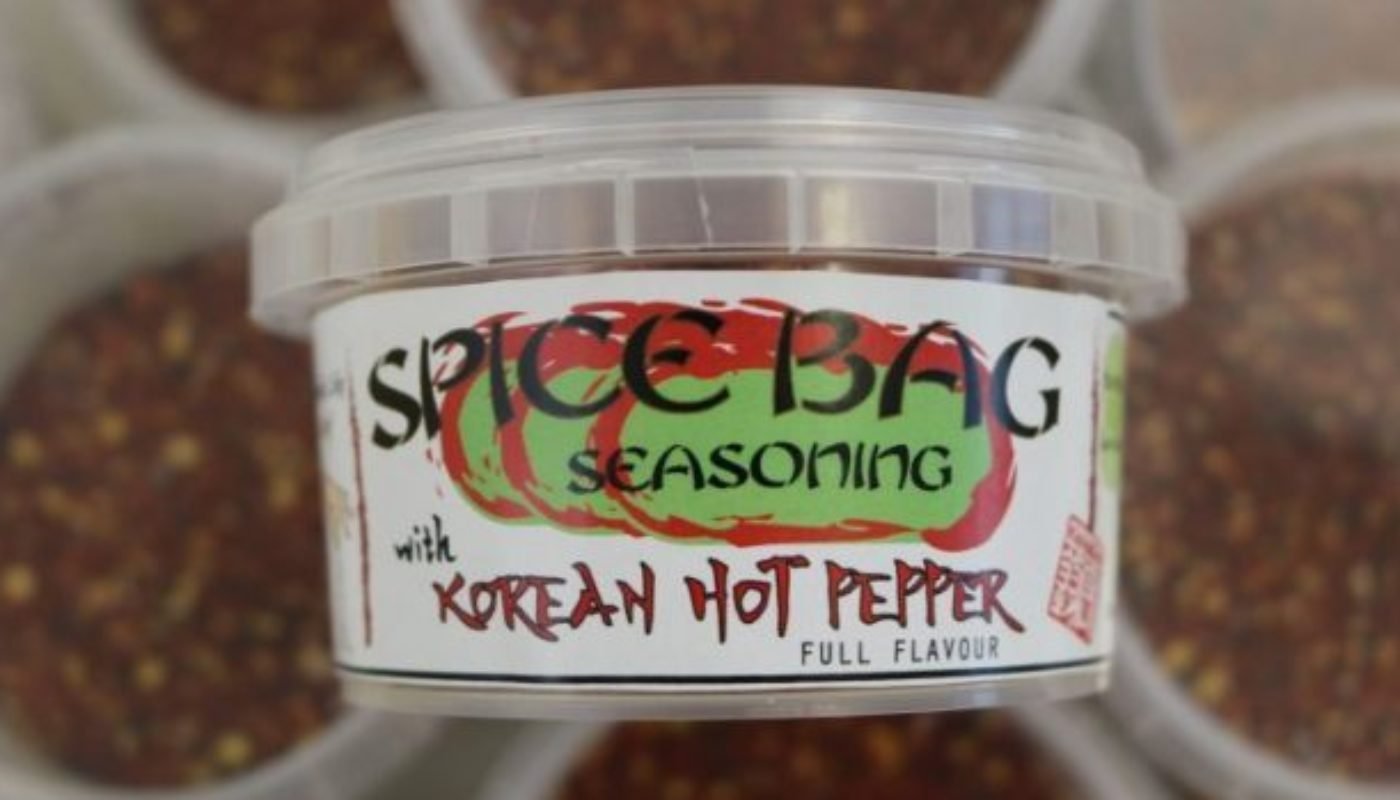 The first of its kind on the Irish market, the seasoning gave spice bag fans the opportunity recreate their own healthier, flavour packed version of the salty sensation at home – a fakeaway, if you will.

The spice mix is exclusively available for for a limited time only at Asia Market in both their Drury Street and Ballymount stores for €2.50.

Speaking about his new product Kwanghi said: “It has a lovely smoky, sweet flavour and a vibrant deep red colour, and although there is a kick the heat does not overpower overall flavour.”

“Use it just as a sprinkle on your chips or fried chicken, in fried rice dishes, egg dishes, clams, mussels, or even lobster! Use with roast meats as a rub and marinate, sprinkle on steaks, or on your salad bowls.”

“This is essentially this flavour is off Hong Kong,” says Kwanghi. “We use a spice from a long-established Hong Kong company imported directly by Asia Market and we make our own recipe from this. I wanted it to be as authentic and original as possible.”

A phenomenom in Dublin chipper’s and Chinese takeaways since 2010, the spice bag, also known as a spicy bag, spice box or spicy box, has developed a cult following.

Born in Hong Kong, Kwanghi moved to Buncrana County Donegal aged 8, where his family ran two Chinese restaurants. During his career, he has worked as Head Chef at the 5-star Cliff House Hotel in Waterford, at the 1 star Michelin House Restaurant. He currently works as a development chef for independent contract caterer, BaxterStorey. Last year Kwanghi launched his Chan Chan brand, releasing first at Asia Market ChanChan Hong Kong Street Food Sauce, which was soon followed by the original Spice Bag Seasoning. Along with his latest product release Kwanghi says he has a line of other quirky condiments in the pipeline.

“Being a chef my mind is always looking for flavours from my travels from the Far East in china, Taiwan, Hong Kong Japan, and looking for ways that I can introduce these unique flavours to the Irish palate by helping people to bring them into their own homes using our products.”