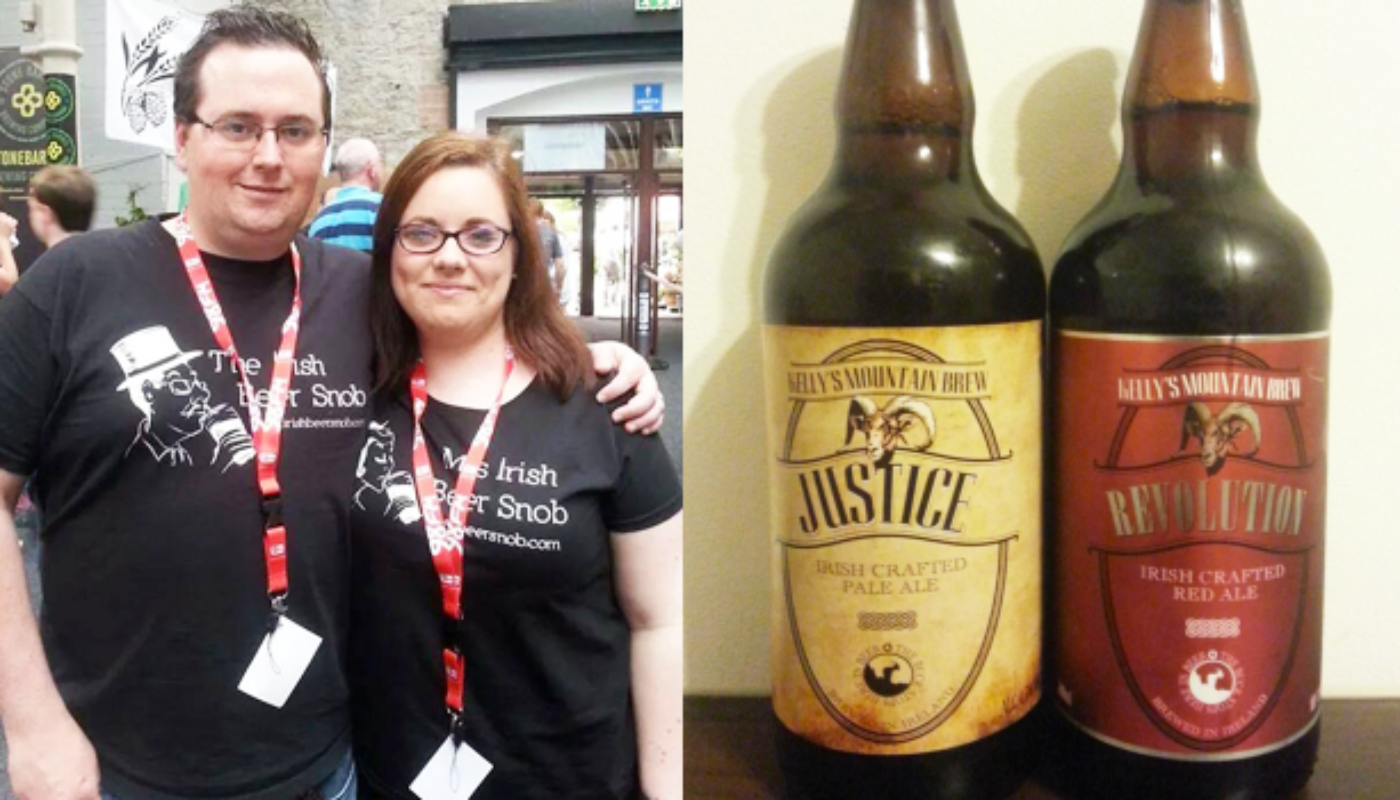 Clane, Co Kildare. Not many mountains in Clane, infact, Kildare must be one of the flattest counties in Ireland. So its quite surprising to find a brewery setting up shop there called “Kelly’s Mountain Brewing”. Step forward Ronan Kelly, and his wife Jacqui.

Ronan and Jacqui came back to Ireland from the middle east with the dream of setting up a brewery in their native Donegal, but settled on Clane in Kildare as a base for their brewery. They’ve started with Justice Pale Ale, under the guidance of master Brewer Joe Bergin, on a customised Brewhouse that Ronan designed.

Justice is a two malt, two hop pale ale, brewed with accessibility in mind. Lets face it, more the 90% of the alcohol market is not craft beer, so it makes sense to brew a beer that isn’t going to frighten away those people who are used to drinking lagers, and other macro beers. This is where beers like Justice will be important.

So let’s talk about Justice. Its a pale ale, made with 2 malts, and 2 hops. So we’ve got Admiral for bittering, and Challenger hops for aroma. The malt leads the show here, thinking butterscotch and digestive biscuits with a hint of bitterness that reminds you it is a beer you’re drinking. Weighing in at 4.5% this beer is perfectly sessionable. The beer also has a smooth finish. This would be a good food match for white meat dishes such as roast chicken or pork.

Next up we have Revolution Red ale, this is a different beast altogether. Starting with a higher gravity than Justice this is a Ruby Ale, with a lovely citrus aroma. As the beer is filtered its crystal clear and has a lovely ruby red colour. The abv is 4.8% This beer is triple hopped, we have Magnum for Bittering, Cascade for Aroma, and Cascade for Dry Hopping. This beer has a lovely malty backbone with a nice dry finish. This would be a lovely match to a nice red meat roast such as lamb or beef. This beer would also be very good with a nice cheese and meat board.

Kellys Mountain Brewing beers are available in many local independent off licences, and are distributed nationwide by Barry & Fitzwilliam. If you are interested in stocking these fine beers from Kildare, please contact Kelly’s Mountain via their website www.kellysmountainbrew.com or by email to Info@kellysmountainbrew.com