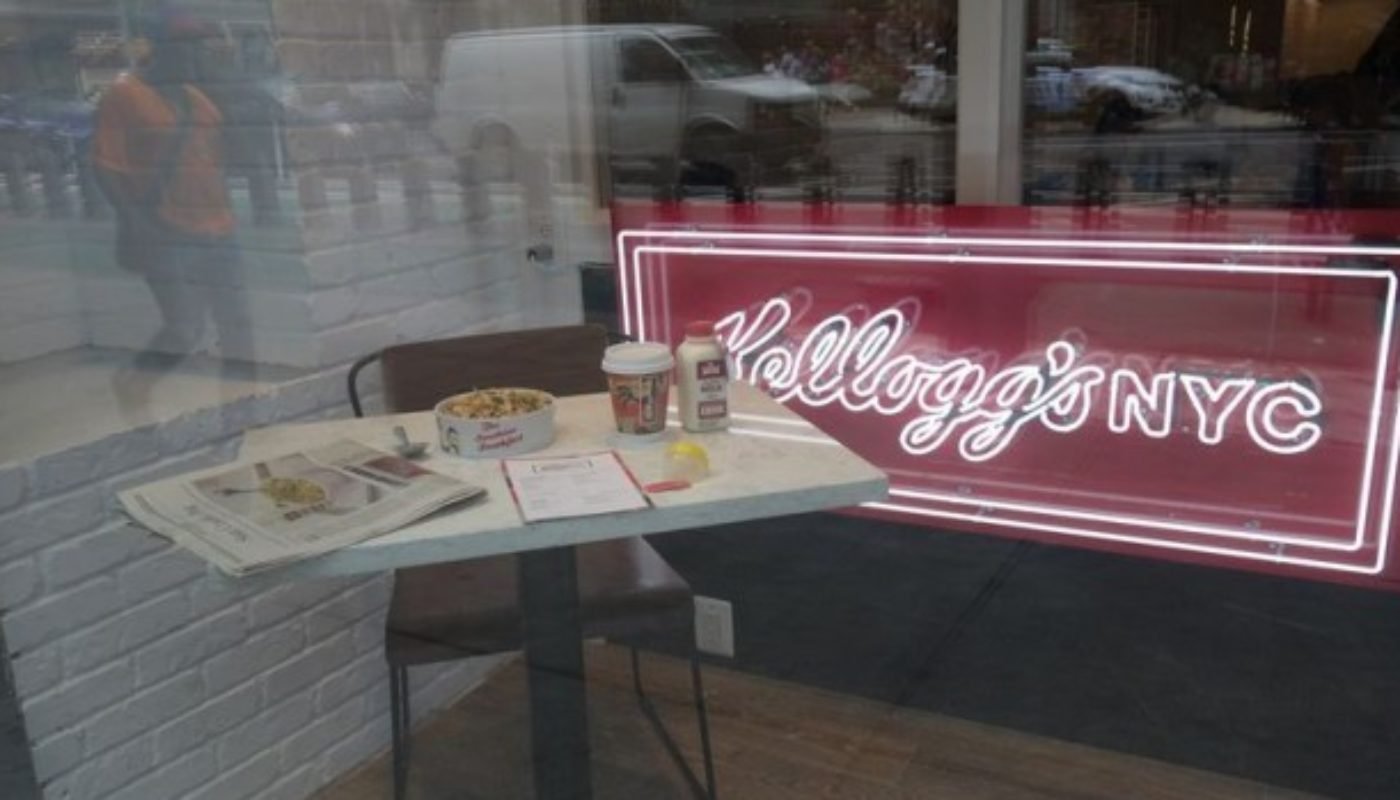 Cereal is more than just child’s play, it seems. First we saw the opening of London’s Cereal Killer Café, the Shoreditch eatery serving up childhood favourites from Coco-pops to Sugar Puffs by the bowlful. This was followed by the trend taking hold in Paris with Céréaliste and in Australia with Melbourne’s Cereal Anytime.

Naturally, New York was to get in on the act and its first café dedicated to the breakfast basic, KITH Treats, opened last year in Brooklyn. It was almost inevitable that cereal giant Kellogg’s would follow suit. Taking up prime real estate in New York’s Times Square, Kellogg’s NYC opened on July 4th and is the brand’s first permanent café, not just a snap, crackle and pop-up.

Putting a twist on the traditional additions of a bowl and splash of milk, Kellogg’s have partnered with the culinary creativity of Anthony Rudolf and Sandra di Capua, formerly of Thomas Keller’s Per Se and famed Momofuku Milk Bar chef Christina Tosi to separate the cafe’s cuisine from its competitors. “Kellogg’s NYC will remind families how fun and delicious cereal is, especially when elevated with creative ingredients,” said Rudolf. “We’ll give guests a chance to experience cereal, something they’ve been connected to their entire lives, in a completely new way.”

The menu features cereal concoctions to satisfy any sweet tooth, including:

Kellogg’s NYC is already proving itself to be a hit with tourists and New Yorker’s alike, so it looks like this food trend is here to stay.