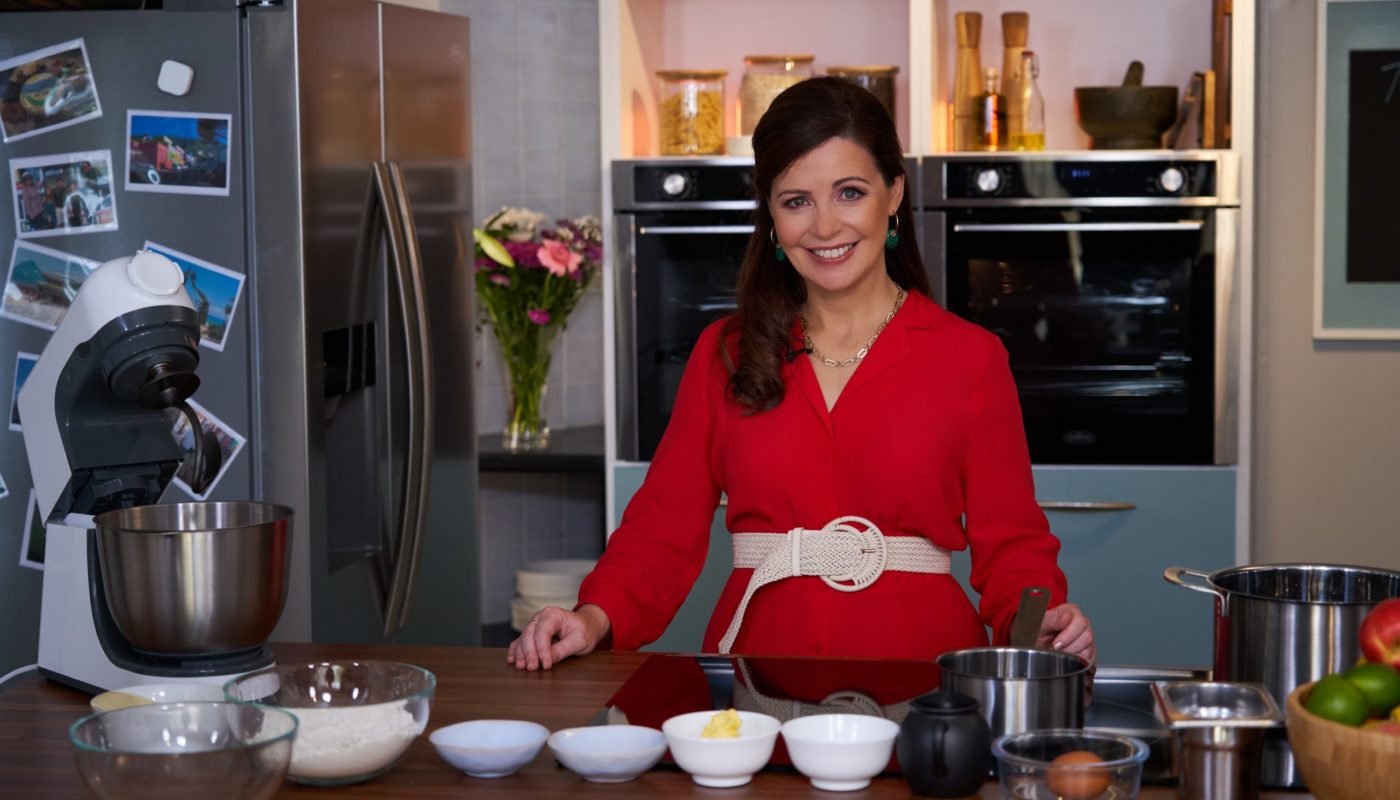 The popular TV series, Tastes Like Home with Catherine Fulvio returned to our screens on September 7th for eight delicious weeks. So far Catherine has visited South Africa, Mexico and Tiny Township in Canada, in episode four September 28th the Tastes Like Home team will visit Portland, Oregon.

Catherine Fulvio like everyone else has been unable to travel abroad due to COVID 19, so in in episode four, Catherine looks back at her time in Portland, Oregan, and also creates some new dishes based on the flavours she tasted during her visit there.  Catherine meets sisters Jacinta Baille who lives in Blackrock, Co Dublin and Savina who now lives in Portland. Catherine will show us a new take on the full Irish breakfast with potato cakes, along with new recipes she developed from her experiences in Portland; slow cooked pulled pork in Boa Buns with a red onion and fennel slaw and delicious lemon drizzle donuts with a walnut crumble topping.

Catherine said of Portland experience, “Keep Portland Weird”, they said and well I did try my best! Voodoo Donuts was definitely on the fabulously weird side! The crazy flavours were a true delight – my favourite being the bacon and maple syrup donut. A visit to the local brewery, run by an Irish family, definitely tasted like home for me!”

Jacinta Baille lives in Dublin with her husband Adrian and two daughters Emily (4) & Anabel (2), her sister Savina lives in Portland, Oregon with husband Brendan and daughters Nicola and Louise. Jacinta’s parents passed away and both her brother and sister now live abroad, so there’s no immediate family left in Ireland so many of her chosen dishes have memories from the past are attached to them.

In this episode Jacinta and Catherine whip up the ultimate traditional Irish breakfast as when Catherine heads to Portland as she plans to show Savina and her family how to make their own Irish sausages and cure their own bacon in the hope it will taste like home!!!

“I had a great day with Catherine and the crew, and really enjoyed the whole experience.  Great fun was had on both sides of the Atlantic!  One big tick off my bucket list’ said Jacinta Bailie of her Tastes Like Home experience.

Savina like many Irish living abroad really misses the Irish sausage which she feels is the ultimate sausage and she has spent many years trying to find something similar but to no avail. The Irish fry was always served up when Savina and the family return to Ireland  and it was always the one time family, friends and neighbours could sit down and catch up over breakfast so it brings back lots of great family memories.

Sister, Savina Langan said, “I really enjoyed the whole experience from start to finish, it was lovely to meet everyone and pick up some yummy tips.  Only wish you could have brought my little sister and her family with you”.

Savina and her family moved to Portland, Oregon over 20 years ago, and many of their close family friends are also ex-pats from Ireland, like the Maher’s who have their own brewery over in Portland called the ‘Feckin Brewery’. In recent years Portland has become a very hip foodie area of America and is home to the ‘food truck scene’ with over 600 licensed food trucks so you’ll never have to eat the same meal twice.

Over the eight episodes Tastes Like Home revisits Cape Town and Johannesburg in South Africa, Vancouver and Tiny Township in Canada, San Sebastián and Barcelona in Spain, as well as South Korea, Dubai and Portland, Oregon to capture eight individual stories, from contestants who refuse to let the physical distance from home curb their appetite for home-cooked meal that “Tastes Like Home”.

Tastes Like Home with Catherine Fulvio will air for eight weeks from September 7th Monday at 8.30pm on RTE ONE.

hashtag for the show:  #TastesLikeHome