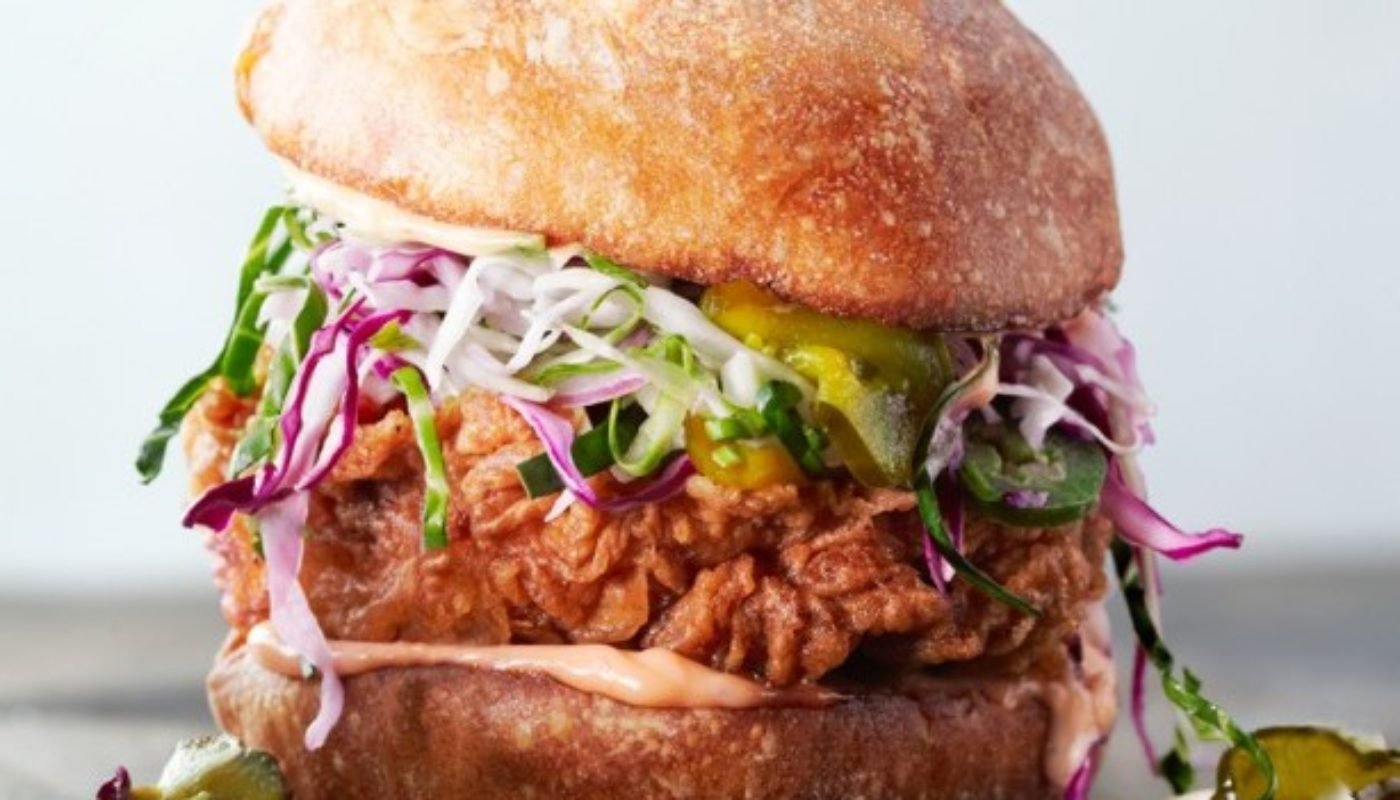 It seems we have a insatiable desire for diverse and unusual fare. Just when you think you have had your fill of quinoa and kale a new novelty food product or trendy dish creeps up the food aisle or onto our menus and becomes the next ironic darling of the culinary world. Predicting future trends can sometimes be as simple as observing what’s happening elsewhere. With that in mind we have compiled a list of the newest, most innovative food trends taking hold around the world, offering an antidote to the tired, fast fading crazes of the moment … and so the cycle begins again. The marriage of toast and perfectly ripe avocado has become a brunch classic. However the latest cult breakfast trend is the smoothie bowl; taking the smoothie out of the bottle, putting it in a bowl, and eating it with a spoon. With the straw no longer limiting you, you can make it thick as you want, adding ice, frozen fruits, frozen vegetables, protein powders or healthy fats to give it the consistency of a frozen dessert. The creamy texture allows makers to get more creative with a variety of tasty, pretty toppings. Bowls filled with brightly coloured smoothies meticulously decorated with berries, granola, nuts and muesli dominate the Instagram feeds of health food bloggers. An increasing number health food restaurants and cafes are selling their versions of smoothie bowls, such as Eathos on Baggot street who include on their menu an Acai smoothie bowl with toasted quinoa granola, fresh berries, coconut chunks and cacao nibs. With newcomer Sprout & Co soon opening a store Dawson street offering a range of smoothie bowls, it seems that the competition is on as to who can create the most Instagrammable breakfast. Pulled Pork began to lose its authentic Southern appeal when Burger King and McDonalds put it on their menus. Let’s not even get into KFC’s attempt to latch onto the trend’s coattails with ‘Pulled Chicken’, though KFC may have got one thing right as fried chicken is taking flight. However, it’s leaving the confines of the extra-value meal bucket, becoming the latest fast food to get a gourmet makeover. Everywhere from new hipster fried chicken joints to white tablecloth concepts are seeking to spice up the battered reputation of fried chicken. In the US, industry heavyweights Danny Meyer of Shake Shack and Momofuku‘s David Chang are doing gourmet chicken sandwiches. While in London, restaurants CHICKENliquor and Chicken Shop, as well as food truck Spit & Roast, are all doing their version of the pimped-up dirty-food cliché. Soaring to new heights, the humble bird is being treated to a myriad of ingredients and techniques. However the classic South US recipe dominates; brined first to ensure succulence, followed by a buttermilk soak, dredged in flour and spices, fried and then doused liberally with hot sauce, gravy or cayenne pepper. With such a winning formula fried chicken really could be the next golden goose. Popcorn was an obvious choice to be given the “artisan” treatment, easily adaptable to take on sweet and salty flavours. Now artisanal snack makers are raising the bar, creating grown-up versions of another childhood treat, candy floss. With the slogan “pink is not a flavour”, Australian company Fluffë creates candy floss that doesn’t just taste of “pink”. They create clouds of sticky-sweet spun sugar with signature flavours such as Mojito, Birthday Cake sprinkled with powdered vanilla birthday cake, Maple Bacon, Cookies and Cream with a hefty coating of chocolate cookie crumbs, and the mysterious and magical sounding Unicorn Poop. All flavours come in soft pastel tones and are available at markets and events, and to order online. Fluffë even allows you to create custom flavours for your event, and offers a range of toppers and sprinkles, allowing you indulge your trend compulsion by topping your artisanal candy floss with artisanal popcorn. When you think of porridge a bowl oatmeal with a scattering of berries and a drizzle of maple syrup enjoyed for breakfast probably comes to mind. But now porridge is on the menu for lunch, and dinner too. In top restaurants, taking influence from Asian rice dishes and Southern US grits, grains are cooked in broth, with any number of aromatics, then topped with cured meats, roast vegetables, garnishes, and even a swirl of cream or grating of cheese to add an extra layer of indulgence. New restaurant Porridge + Puffs in Los Angeles is leading the way offering an entire menu comprised of savory porridge options so umami-packed even Goldilocks couldn’t turn them down. The popularity of after-breakfast porridge, or “svoats”, on menus comes from the need for more gluten-free options, but also the fact that grains act as a blank canvas allowing for the flavour to take centre stage, and also mimic the texture of risotto without the time-consuming labour. Crucially, be it sweet or savoury, gluey, gloopy, and concrete-like porridge signifies a porridge fail, so be careful to cook them with plenty of liquid to make sure your porridge is juuuust right. Coconut water went from a exotic novelty beverage, enjoyed straight from the coconut on a beach in Thailand, to being stocked beside the fizzy drinks and cartons of milk in the fridges of your local corner shop. A source of minerals, antioxidants and electrolytes, coconut water is marketed as a natural energy drink and a hydration powerhouse. However, every gym bunny worth her Pilates membership is now toting a diverse new range of tree and plant waters. Cactus, Birch, Maple and Artichoke waters all offer their own unique health promoting properties, as well as flavours, and are often lower in sugar and calories than coconut water. Maple water even boasts to have more manganese than the superfood of the moment, kale. While some of their claims are not yet backed up, these trendy beverages have coconut water shaking in it’s coconuts. Sushi has become ubiquitous in Ireland, with restaurants and even supermarkets and corner shops catering for our cravings for the Japanese delicacy. However, restaurants in LA, New York, London and Sydney are now bringing a bit of island life to their smoggy cities with Hawaiian Sushi. Traditionally, poké, pronounced poke-ay, is chunks of raw tuna, salmon and other seafood marinated in soy and sesame. Unlike sashimi or tartare, tuna poké is cut into thick cubes and mixed as a free-form salad. Sprucing up traditional poké restaurants are offering with new-school versions served atop trendy rice bowls, with an endless possibility of flavours, textures and ingredients. The poké explosion is attributed to diners’ growing comfort with raw fish, and plus the idea of eating a bowl as a meal is definitely a food trend of its own right now. However, the traditional way to enjoy poké is on a Hawaiian beach, with the freshest of fish and the coldest of beers. Now that is a trend we can go along with. As far as bar and restaurant snacks go the beloved Mexican dish of Nachos; a tortilla chip base, topped by melted cheese and jalapeño peppers, laden with sour cream and guacamole, ticks all of our comfort food boxes. However, Poutine, a Canadian import, is popping up on menus threatening to dethrone Nachos as the salty, satiating snack of choice. Poutine in its purest form is chips smothered in gravy and cheese curds. However, like Nachos, Poutine is a blank canvas perfectly primed to adopt a range of exciting, indulgent extra toppings. Restaurants have made additions such as pulled pork, kimchi or coq au vin. Get your fix at pop-up Taco Taco on Dame Court, with toppings of smokey bacon, black pepper sauce and mozzarella. In Chicago, Big Cheese Poutinerie offers thirty different takes on the Canadian comfort food staple, including everything from a vegan poutine to an apple cinnamon dessert poutine. In fact, their menu even includes a Nacho Poutine; ‘fries’ loaded up with salsa, cheddar cheese, sour cream, guacamole, and jalapeños. Surely enough to satisfy even the darkest of comfort food cravings.