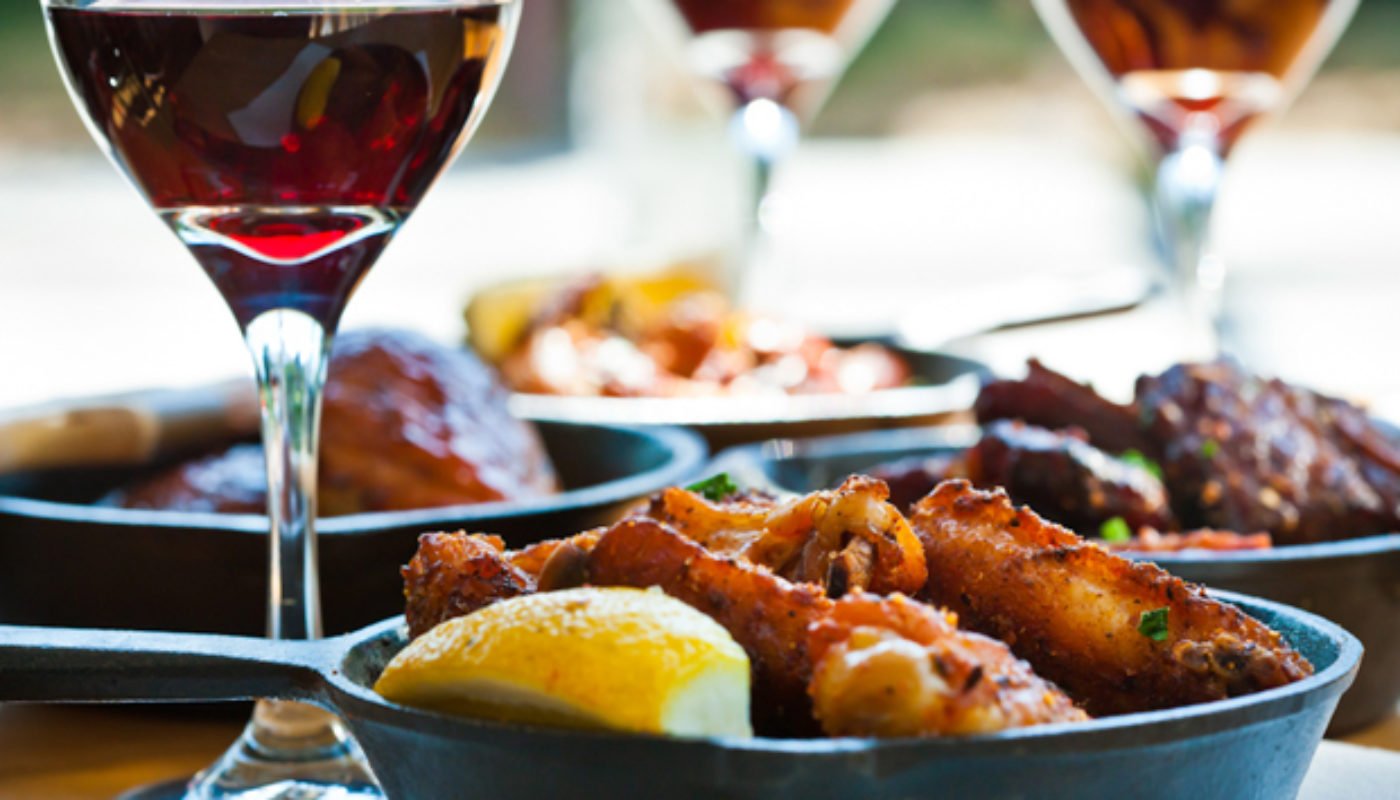 We’ve been spoiled with the weather of late, to which the fumes from the multitude of barbecues alight in the warm evenings can attest. If you’re tempted to stand over the coals yourself, here are a few wine options to suit; from an atypical sparkling wine to reds and whites to suit both parties and special occasions.

There was a bit of kerfuffle recently when it was announced that there would be a global Prosecco shortage. Though yields were indeed down in general, to call it a ‘global shortage’ was a bit much – but the media, as usual, didn’t let the facts get in the way of a good story. I held out hope that it would encourage people to move away from Prosecco and explore the plethora of other options out there, such as the sparkling Tokaji I covered in last month’s article here Another excellent example of non-Prosecco bubbly is this Graham Beck Sparkling from South Africa. Made via the Methode Cap Classique – the South African term for the Champagne Method – it has the same level of quality and depth as Champagne for a fraction of the price. It has prestigious pedigree too: it was enjoyed by both Nelson Mandela in 1994 and Barak Obama in 2008 to celebrate their respective inaugurations, as well as being served alongside fish and chips a few years ago at Finnegan’s in Dalkey for Michelle Obama and her daughters who were guests of U2’s Bono and his wife Ali.

This is a wine with light yeasty aromas and secondary tones of limey fresh fruit on the nose with rich creamy complexity on the palate, while the exceptionally fine mousse contributes freshness and finesse.

Sauvignon Blanc is pretty much the default white wine nowadays, despite the oceans of more interesting alternatives out there. But if you’re having people over for a barbecue or any other sort of gathering where white wine is needed then you’ll have to default to type and crack out the Sauv Blanc.

Shake things up a little though by moving away from sub-€10 Chilean and New Zealand offerings … just a couple of Euro more than usual will give something exponentially better. My first example is this French wine from the Loire, the home of Sancerre; when I tasted this first I thought it a pretty decent, straight-forward wine, but when I discovered the price I was mighty impressed. Wine made to this quality for this price is a rarity, most especially in France (which you’ll discover in my rant coming up below). Excellent value for money and one to buy by the case.

My second Sauv Blanc recommendation is from New Zealand, unsurprisingly – here in Ireland we drink the stuff by the tanker-load. But put away your familiarity with those at the cheaper end of the shelf and try this more premium version from Craggy Range, a really classy Sauv Blanc which began with all the hallmarks of the Kiwi take on the grape which has made it world famous: namely some pungent pea and asparagus notes that leap out of the glass.

But the Old World philosophy of the winery kicks in and this brash New World aspect is replaced by a more floral character along with herbal, grassy notes underlaid by a subtle, flinty, smoky character; likewise the palate is uncharacteristically smooth with the typical biting acidity kept in check.

Steve Smith MW, founder and current Director of Wine & Viticulture at Craggy Range, described it as being like a “walk through a meadow” … in other words there’s a plethora of fragrances that come and go: floral, grassiness, clover, earth, lime tree, nectarine… Put preconceptions aside and try it out – you won’t regret it. I was back home at my parents’ house at the weekend where my mother, with the best intentions, bought a Côtes-du-Rhône in the local supermarket. The objective was to have a good bottle of French wine to enjoy with our roast rib of beef, something to impress her wine-loving son. The reality, unfortunately, was that it was aggressively harsh, lacking in fruit, and generally repulsive. In a similar vein my parents were eating out at a hotel up the country recently where they opted for a €45 Fleurie over the €20 house wine, as a treat. Again, the thin weedy wine literally left a bitter taste in the mouth.

Why’s this? Unfortunately most Irish consumers only know the names of a half dozen classic wine regions – usually French – and the more unscrupulous producers, retailers and restaurateurs take advantage of this, selling on plonk at premium wine prices; think Chablis, Fleurie, “Bordeaux” and Côtes-du-Rhône in France, with Chianti in Italy another culprit. My advice is to avoid these clichéd regions unless you know the producer or are have complete confidence in the retailer or restaurant.

But I digress. In a sea of mediocrity, let me introduce you to Chapoutier’s Belleruche, one example that is far and above the often disappointingly bland products of the generic “CdR” appellation. Produced by Michel Chapoutier, one of the most pioneering yet traditional, outspoken yet deferential winemakers in France, this is made mostly of Grenache and Syrah. Aromas of red morello cherries, liquorice and grey pepper dominate, while its palate is tight, silky yet robust and ready for any grilled meats thrown at it. A ridiculous price for what is an esteemed region of France – normally you can’t get a Saint-Joseph for less than €20 in my experience, but then this is Lidl after all. This was really quite good, with a smoky, black pepper nose with some grilled meat evident over a silky peppery palate that was soft and spicy. Another barbecue cracker.

Find everything you need for the perfect BBQ here See more by The Motley Cru at themotleycru.com and on Twitter via @MotleyCruWine