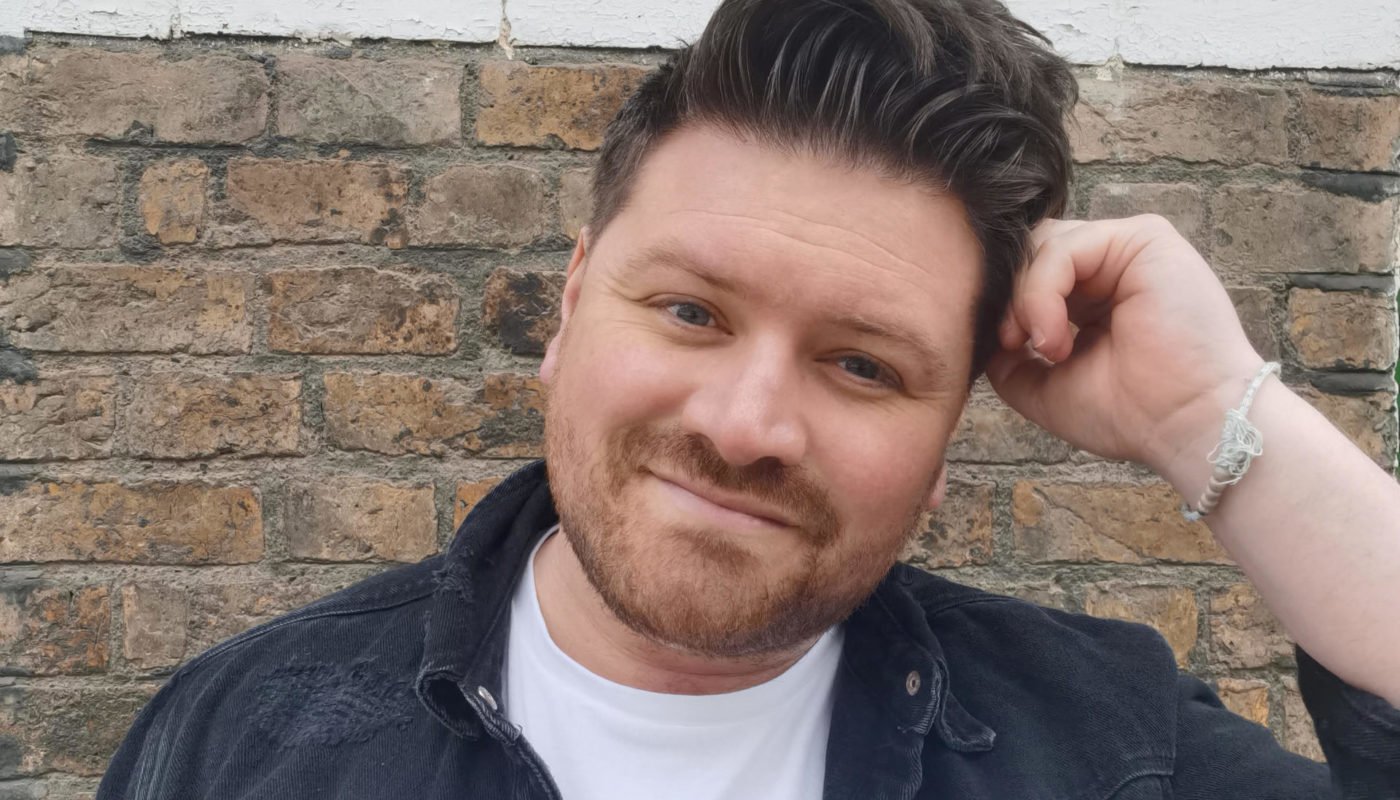 “Ah, food,” says Crossy as if savouring the word, rolling it across a metaphorical tongue and using the nerve ends to experience every solitary tasting experience it can give. “If I could eat out for the rest of my life, I would.”

I’m sure he speaks for many of us. The award-winning FM104 presenter and producer is a well-known figure in Irish media circles, as admired for his presenting skills as for his love of food (and much else besides). With regards to the latter, Crossy is also the pragmatic type. He says upfront that he can’t cook – yet.

“One day I will. In the last five years, I think I’ve realised I’ll never be a chef or a fancy cook, but I know how to talk about food. I love hearing people’s stories about food, I love watching people cook and pressing them on how they cook it. I’m just so intrigued about the area. I have a list of restaurants, about 100, in Dublin that I’m getting through. I love special finds from word-of-mouth, as they’re always the best kinds of recommendations.”

Crossy’s sometimes tempestuous relationship with food has been well documented, not least by him across social media. He admits that he has had (and “always will have”) a struggle with what he describes as “handy food” but is satisfied that he’s a lot better than he used to be. He also says he isn’t great at having breakfast. “I get up at 5am Monday to Friday. I have about three coffees before 10am, and then I get ‘lunch’. I’ve tried and tried to eat overnight oats, porridge and/or cereal, but it just doesn’t do it for me. The three coffees, however, are the life savers. People laugh when I say I have lunch at 10am, but I’m awake five hours at that stage.”

He says he enjoyed every second of his mostly seven-day-week pre-pandemic workload but that the on-the-go food got out of hand. “I’d stop off in chippers or I’d eat chips on the go maybe four times a week. I’d feel awful afterwards but it filled a gap.” His experiences throughout Covid have taught him to say no to things a lot more, and to not put so much pressure on himself to be at pubs, clubs, gigs, opening nights, launches, receptions, and so on. He is also admirably honest about self-image. “I’m horrifically self-conscious about how I look. I’m one of those people who eats one thing and then puts on a stone.”

Changes had to be made, he knew. One spur for adjustment occurred around the time when an elevator at work needed repairs – walking up two flights of stairs wasn’t an easy matter. “To say I was out of breath is an understatement. Yet I didn’t want to do anything drastic because I’ve been there before, and I’ve fallen off the wagon many a time. I just had a look at the takeaways. Like, for example, could I get a Thai meal instead of a chipper? I started walking, and then at my own pace I went back to the gym. I’m no Zac Efron, far from it, but I’m doing it in my own way and in my own time.” And rightly so. Crossy recalls a time several years ago when he had been able to make self-deprecating jokes about his weight, but not now. The stabilising crutch he once used, he relates, was “to take the piss out of myself before anyone else did – whether it was dating, going to events, going on holidays, wearing clothes, and so on. I’ve sort of learned how not to do that anymore.”

Part of that process, he allows, was to understand that certain weight-related issues were only in his head. If you look at magazines and other outlets such as social media platforms, he explains, “it’s always ripped fellas. It kind of feels like that’s the way we should be. When I started sea swimming last year – which I did from June to December, whether it was sunny, lashing or cold – I started posting pics of myself in my shorts. I was petrified the first time I did it, but it was the best thing I ever did. The number of men that have privately mailed me asking for advice or saying fair play, etc, has been great.”

Back to food. We know he said he doesn’t really cook, but when push comes to shove he admits that he can create three “edible dishes”. The first is Guinness Stew. “After a cold winter evening in the sea it is the best medicine!” The second is spaghetti Bolognese. “I make the sauce from scratch, which I know is pretty easy but it’s a big thing for me.” The third and final Crossy culinary concoction is “chops, roast potatoes and peas. I haven’t yet mastered the art of a non-burnt chop! I get that from my mam. She’d tell you herself she wouldn’t be the best, but she knows the basics. I’m currently trying to pitch a television show about ‘mammy dinners’ and finding the ‘number 1 mammy dinner in Ireland’. I think if you ask anyone in Ireland to name a meal that only their mammy can make, we all have something. As for the pitch – fingers crossed!”

I ask if he were to cook for other people and not just for himself, would he want to impress or surprise? Would the food be functional but tasty? Or would he lie through his teeth and order a takeaway to arrive about 30 minutes before his guests, and then transfer the food from the containers into ceramic dishes? Read on…

“When the first lockdown eased last year,” he starts what turns out to be a shaggy dog’s tale, “I invited five friends over to eat outside my house. I told them I was cooking and that the dish I was going to slave over was chicken curry with rice and garlic bread. Honestly, I was going to give it a bash, but when I got into it I realised that the amounts of food, the timings and so on, weren’t my thing. I rang a neighbour who is a caterer, and he made chicken curry and veg curry for me but in a way that I could pop them in the oven before they arrived!”

Irrespective of the whys, hows, and wherefores of food preparation, Crossy loves having people over to his place for, of course, socially distanced breaking of bread. It’s even better when one of those people is a dab hand at cooking.

“My friend is amazing at cooking,” beams the man who gets up so early in the morning that he has lunch at 10am. “To sit there at the table, with my kitchen getting used, a few bottles of red wine, some music and chats, is a perfect night for me. He makes a fine roast beef dinner with all the trimmings. The gravy is also key from the juices of the beef. I have no problem doing the washing up.”