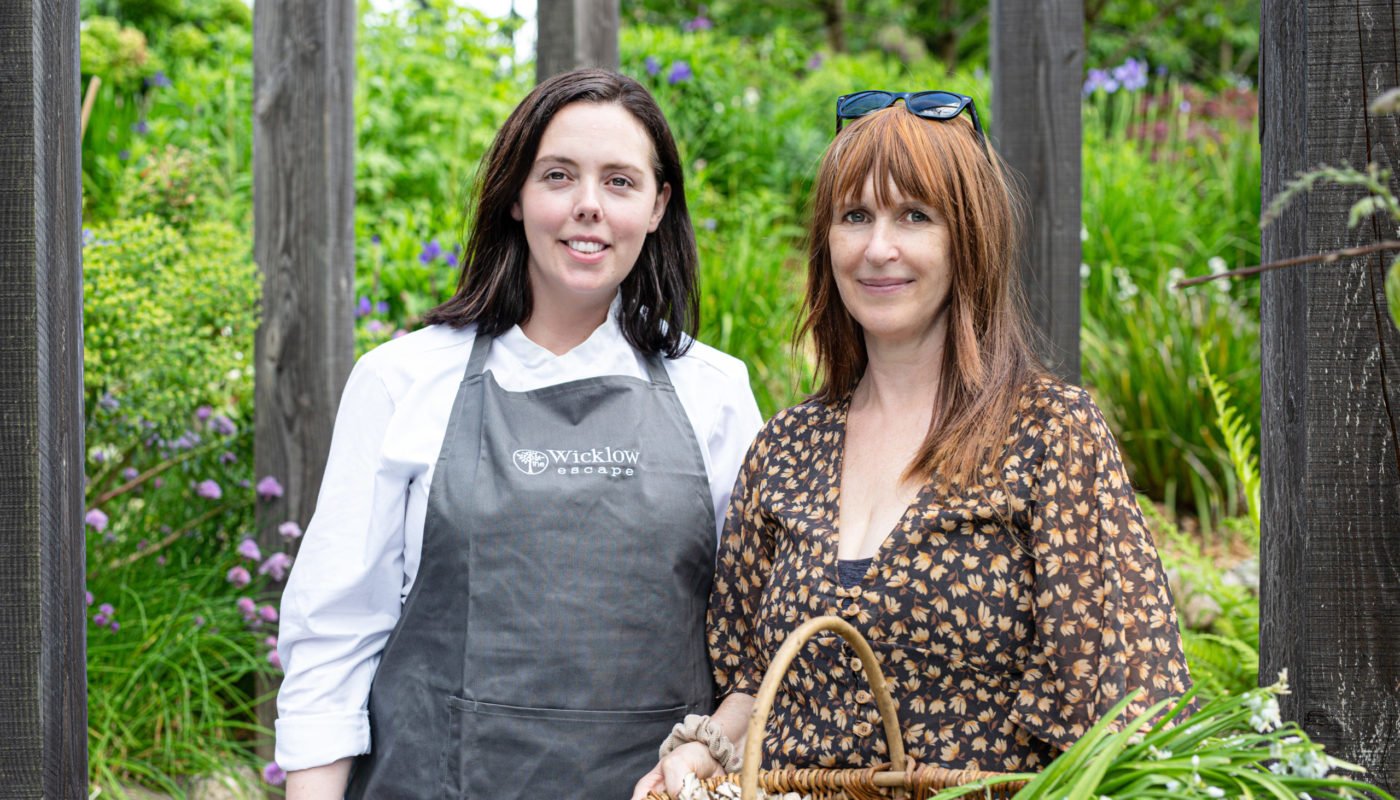 For many, life is indeed a circle: you end up where you started. For Michelin-starred chef Danni Barry, it couldn’t be explained any easier. She grew up on a farm in Mayobridge, County Down, got her hands dirty, broke a few eggs to make some omelettes, went on to work in highly rated restaurants, got herself a Michelin star, and has now returned to earth with The Wicklow Escape. From farm to fork and back again is some journey, and while Danni’s trip from there to here has been more troubled than most, to say she has taken what life has thrown at her with grace and poise is an understatement.

“Food is such a massive part of a farming household, even if you’re not growing your own crops,” says Danni. “From a home cooking point of view, although you could describe the food as very humble there was always a quality to it – we always made sure we had good beef, good potatoes, and so on. You’d know the season you were in by the potatoes, that kind of thing. And the eggs! There was always a neighbour who was good at baking, so wherever they were getting their eggs from that’s where we got them, too. Having your own hens, not having to get certain foods from the supermarkets, and definitely no processed food or ready-meals – everything would be cooked at home.”

That all sounds idyllic, I suggest, but sadly not everyone can manage that these days. There is, however, a move back to that level of food appreciation. You only have to see what happened when lockdowns entered our lives, says Danni. “I know it was being stuck in the house and having the time to bake things as simple as sourdough and other kinds of bread, but people also tried to avoid supermarkets because of the crowds, and they started to shop more locally. Our suppliers here at the Wicklow Retreat – including the butchers and the fishmongers – would tell us a lot more people would have been through their doors last year and that they’re still coming in. That tells me people are sticking to what, for some, is a new way of food shopping. People will ask questions about the meat they’re buying, and there’s a place for that. It’s very important to know where your food has come from. I mean, the nutrients you will get from something that hasn’t been on an airplane for 12 hours is much better for you.”

Danni started washing pots in a local restaurant kitchen when she was 15 years of age. I ask what was it about that time in her life that made her know she wanted to be a chef? At the start, she replies, washing pots was just a job a teenager did to make a bit of pocket money. “It was also working inside and not out on the farm, so I was happy enough washing dishes in a restaurant! I enjoyed the work, I enjoyed the atmosphere in the kitchen, every day was different and then as time passed you got more responsibility. Of course, sometimes you got the jobs no one else wanted to do such as peeling all the potatoes. You’d be told you were the best at that job, but quite likely because no one else wanted to do it! At the time I was happy enough to be known as the person that made the best mashed potato, and I was delighted. I was learning every day, and I was still at school, so the weekends were something I really looked forward to. To be honest, I was hooked.”

The time was, of course, somewhat different than it is now by being very much a male-dominated environment. On the one hand, recalls Danni, you quickly learned to give as good as you got; on the other, the local community was such that everyone knew each other. “That meant there were no egos, and there wasn’t a horrible atmosphere you had to contend with. In fact, there was great craic, you were very well looked after and I was being picked up by my parents after work, so it was all good.” She remembers saying to the head chef that she wanted to follow in his footsteps. “I was studying for my A levels, and he said that if I was serious about it I’d have to gain experience in a restaurant with a good reputation.”

Following time at Belfast-based Deanes restaurant (“everything was bigger. A bigger team, a bigger space, lots of different foods, lots of posturing, all of that kind of thing. I was just a wee girl from the country, but I wanted to learn, and I was always focused because of that”), travel came next: Spain, New Zealand, Australia, South Africa, the UK, and then back to Belfast in 2014 to take up the head chef position at Eipic. Within 18 months, the restaurant nabbed a Michelin star. When it comes to career, advises Danni, “you have to keep learning.”

Which brings us up to date, more or less. Personal turmoil aside (her husband, Will, passed in the autumn of 2019), Danni has been focusing on the Wicklow Escape, an aptly named venture of which she is executive chef. In tandem with owner Lisa Wilkinson, she is delivering what can only be described as a two-tiered foodie forest fantasy come true.

“When I first spoke with Lisa some months ago, we chatted about what she would like for it and what I would like it to be, and we pretty much said the same things. There are only eight bedrooms, so there are never going to be massive numbers. That means it’s more about creating an experience, bespoke, almost. The menus will change regularly, so the people who arrive on Wednesday will have a different food experience than those who arrive on Friday. I like the idea of people coming here for a couple of days, you look after them, you feed them. It’s an experience that won’t be repeated, especially when the produce from the garden is going to be used on just one menu – after that, it’s gone. The feedback from the guests has been great, and there are some really good producers in the area, which means our presence here is also good for them.”

What were we saying about life being a circle? From home and farm to world travel, a fancy Michelin star and then back again to getting her hands dirty. Danni laughs. “It’s very similar. There’s a young kid, almost a next-door neighbour, who sells duck eggs for pocket money, and that’s who we’re getting our eggs from! They have chicken eggs, too, and you pick them up from the end of the lane and put the money into an Honesty Box.”

As well as the delivered experience of true escape amidst a zero-waste ethos, Danni also clearly loves the sense of community in her new-found home. “It’s quite special, and that’s what we want people to experience when they come here because that’s what it’s like to be here. Being a blow-in from the north, I know I certainly felt welcomed into that!”