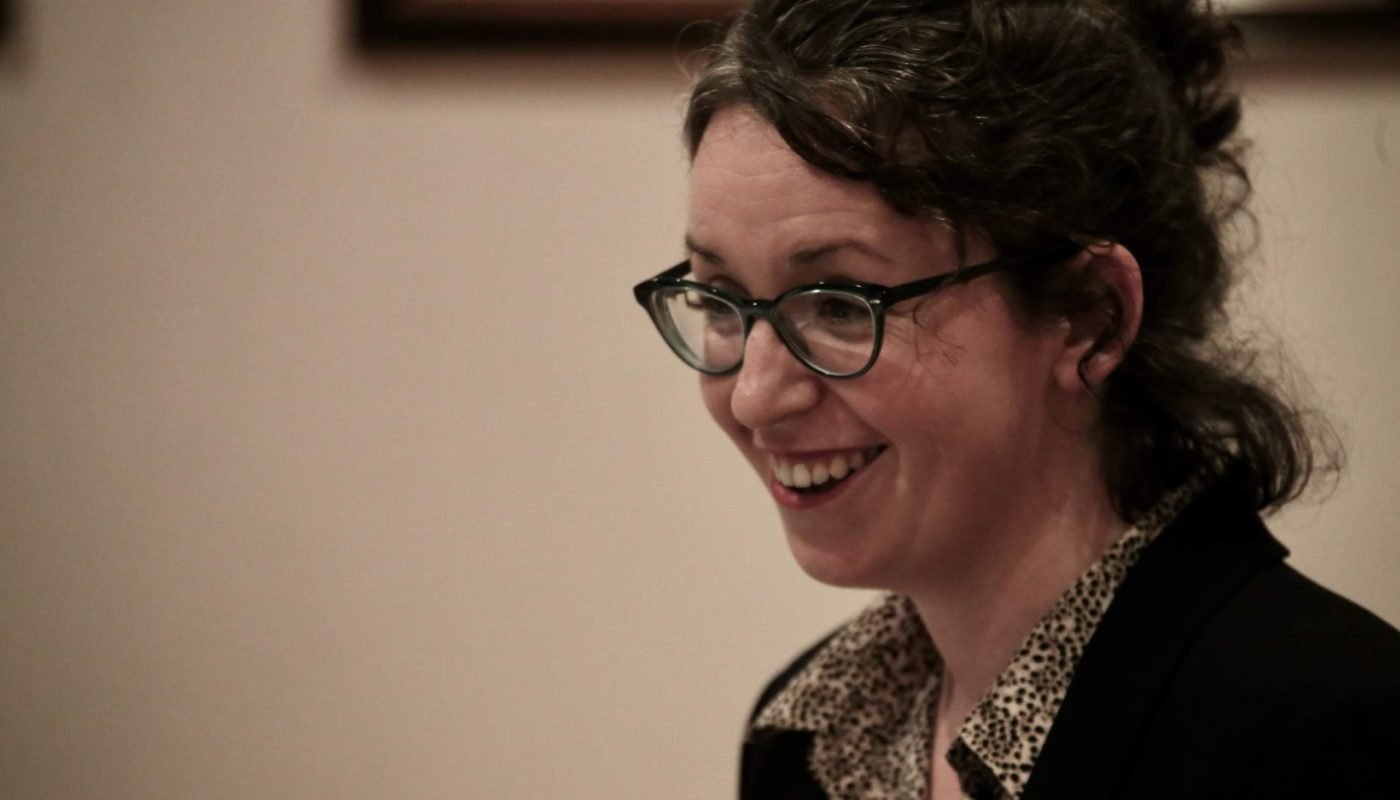 There is little doubt about it – Michelle Lawlor has done it in the past, she is doing it in the present, and she will do it in the future. We are talking about business and the way to go about it, which if you haven’t guessed by now is her way and her way only. Michelle’s backstory in the lead-up to the 2019 launch of her online organic/biodynamic wine business, the Nude Wine Co, is a triumph of single-mindedness, determination, natural inquisitiveness, and a sense of adventure.

It all started in the mid-2000s at the Clontarf branch of the retail chain Oddbins. Michelle had graduated from DCU with a degree in Communication Studies, working part-time to pay her way through college. Her experience at Oddbins wasn’t what you might expect. She loved the people, the store music, the atmosphere and, crucially, the after-work staff training and wine tastings. “I thought it was amazing to be so informed and to hear people so enthused, and it fed it into what I liked – geography, business, art, culture, viticulture, wineries. I liked the whole buzz about it, the whole world of it, and that is what gave me the bug. I had previously worked part-time in restaurants and bars, and I liked the informality and the conversation going on in those kinds of jobs.”

Michelle loved it so much that she did her dissertation on wine drinking culture and followed that with a WSET Level 4 Diploma in Wine and Spirits. After working in another job where people she was more qualified than were being promoted, she decided to move to London to, she says, “forge my own destiny and to take a chance. As it happened, the first person I took my CV to was a guy who had recently bought a restaurant and was looking for someone bright-eyed and bushy-tailed to oversee the wine end of his business. At the age of 24, I became a sommelier of a restaurant in London and because the owner knew I loved the job, we would have tastings after work, so I’d sample these amazing wines every week. He was constantly nurturing my passion for wine and that was when I totally knew the job was for me.”

There then followed a placing on what you might loosely call an apprentice programme that was launched by one of Michelle’s wine suppliers. “They were trying to find someone in the wine industry that had knowledge of wine but not business skills.” As part of the initiative, she visited New Zealand and Italy but returned to Ireland in or around 2010. Not for long, however. “After a while back home, I decided to book a one-way ticket to Hong Kong with a view that if it didn’t work out, I’d move to Australia. I didn’t really know what I was going to do. I had thought I’d just get a job in a bar, but I was advised to go for a career job.” Using some of the “reasonably high-profile contacts” she had made during the apprentice initiative, she says she “reached out, said I was moving to Hong Kong and subsequently nabbed seven interviews and five job offers.”

Working for five years in Hong Kong was a blast, but whilst on holiday in Portugal, she says the pull of home was too much to resist. Within a month, she wrapped up her work in Hong Kong, returned to Ireland, embarked on a 12-month Horticulture course at Glasnevin’s Botanic Gardens and reflected on what was going to be her next career move. As you would expect, she nabbed a job but quickly realised it wasn’t for her. It may not have been a Eureka moment, but she eventually made a decision as to what she was going to do. It was based on what she rightly describes as “an unusual depth of knowledge of wine. I had spent five years in London and five years in Hong Kong. I had importer experience, I had been head of sales, I knew about wine trading and e-commerce. I just wanted to channel what I loved about wine, the industry, the wines I wanted to drink, the wines I wanted to talk about in the language I liked to use. And I wanted to put all of these into a business.”

With this firmly in mind, towards the end of 2019 (just before you-know-what hit us like a slow-release sucker punch from Rocky Marciano) the Nude Wine Co was born. Michelle has discovered over the past 18 months that an increasing number of people are not just experimenting with organic and biodynamic wines but transferring their allegiance to them. She has also witnessed, perhaps unsurprisingly, a much broader engagement with online shopping, of not wanting to go out, not caring to be in a queue, or not wishing to feel unsafe. “A lot of people came to the website,” she remarks, “and we have kept most of our customers because they like the experience, and they like the wines. Organic and biodynamic isn’t just about not giving you a hangover, it’s also about the flavour, the vibrancy of the wine.”

What about plans for the remainder of 2021 and into 2022, I ask. Will the opening up of indoor dining negatively impact her business? Not a bit of it, she reckons. “You’d think the business would be quiet, what with the summer we’re having, but we are so busy. People still want their wine. Of course, you can walk into any wine shop or supermarket and pick up wine, but they’re still coming to us, shopping with us. Originally, I suppose they came to us out of necessity, so to speak, but they have stayed with us because of the experience, the service, the range and quality of wines.” Virtual events have also been a huge success (“we reckon we’ve had over 4,000 people on them so far”) and many more are lined up for the remainder of the year. “It’s still convenient for people, no question. I reckon the hybrid lifestyle is here to stay because physical events eat into your time.”

There is also the no small matter of Nude Wine Co’s recently launched wine club. Tick those boxes: a no-contract monthly subscription service, a monthly theme, a complimentary Zoom, a video link on YouTube (for those that can’t make the Zoom session), and a WhatsApp group chat. The theme for August? The wines of Sicily.

Resistance is futile. Opposition is pointless. Readers, you might not agree with this, but it’s definitely time to get naked.