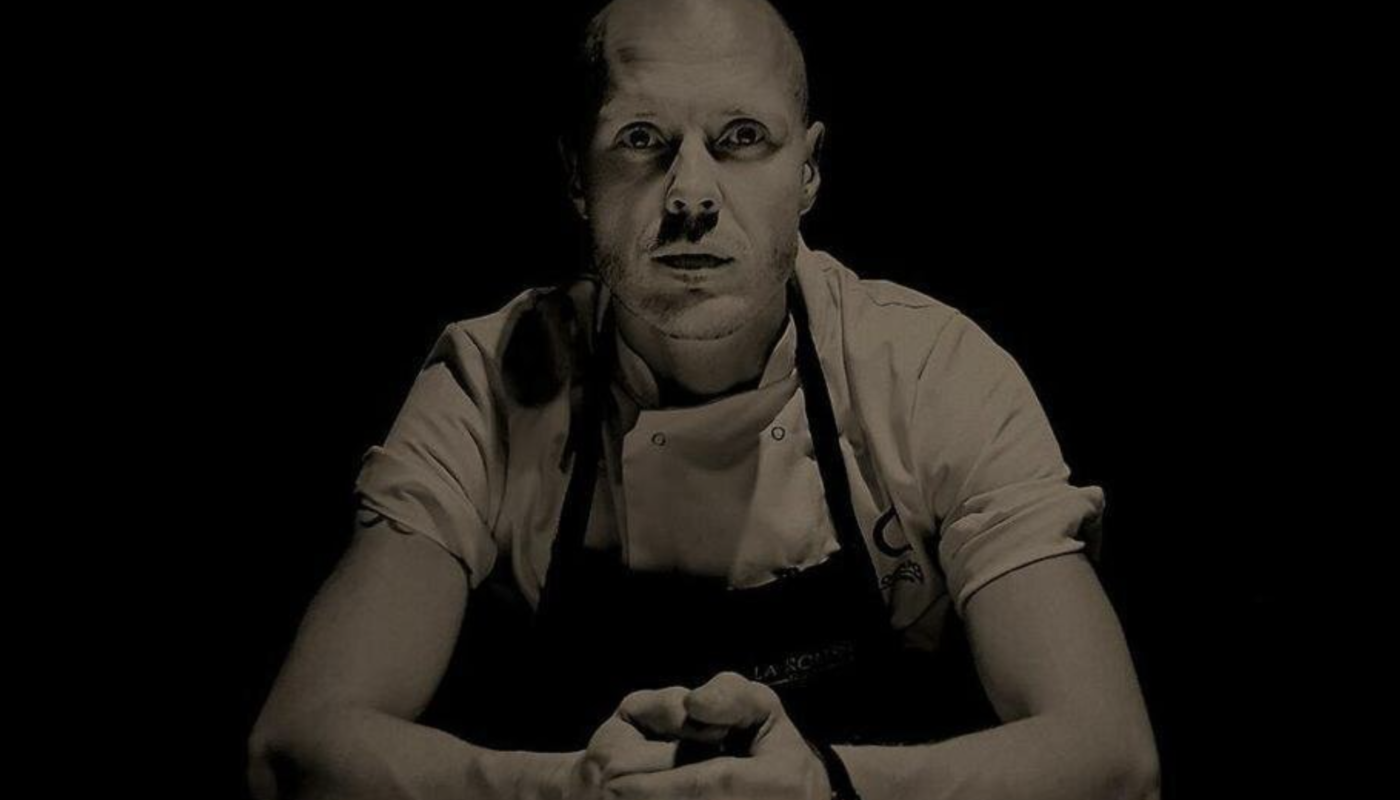 In May of this year, when Mickael Viljanen resigned as executive chef at Dublin’s Greenhouse Restaurant to take over the kitchen at Chapter One, there were equal measures of beard twirling, head shaking and corks popping.

The Greenhouse (now closed) had deservedly nabbed a second Michelin star in 2020, and many had thought the Swedish-born chef – who has worked in Ireland from 2000 – would stay there to further consolidate the restaurant’s justifiable reputation. Life is full of tricks, however, and before you could say ‘abracadabra’, news filtered through that Mickael was not, in fact, continuing with the warmth of The Greenhouse but rather upping sticks from south of the city to north – at no less a restaurant than Chapter One.

Much to the amazement of The Greenhouse owner, Eamonn O’Reilly (the news, he posted on Instagram, had come “as a complete surprise and shock after a very long and successful relationship”) it transpired that Mickael and Chapter One’s chef-owner, Ross Lewis, had formed a business partnership that sees the two chefs (easily the two most established and respected in the country) as co-owners. Not only that but Ross, while maintaining his role at the business end of the restaurant, would no longer be cooking there. In an interview with the Irish Times earlier this year, Ross said the plan was for him to “engage with the day-to-day running of the business side of it and to support Mickael in the way forward.” He also said that he would be at (now renamed) Chapter One by Mickael Viljanen “for some years to come.”

And so here we are. As a chef with an estimable reputation for once again being at the steering wheel of quality, Mickael Valjanen doesn’t come across as a person who allows pressure to settle on his shoulders and then squash them down. At the time of the announcement, he said that his primary focus was “to get my head down in the kitchen and prepare to welcome back customers, alongside guests who have followed me over the years, as well as anyone who loves a great, accessible dining experience from the four corners of this island.”

Amidst a background noise of kitchen clatter and telephone crackle, I ask him how has it been for him at the restaurant over the past month or three? “It has been fine,” he says. “I’m used to knuckling down and just getting the job done, so in certain ways it has been no different to other restaurants I have worked in. The main difference, of course, is that here I am chef-patron. That is brilliant, but it’s also a challenge I’m ready to take on.”

Mickael has never been shy of a challenge. Born in Stockholm, Sweden, he was raised in Finland. On his arrival from the UK to Ireland in 2000, he worked at County Waterford’s Tannery Restaurant and County Clare’s Gregan’s Castle Hotel. After several years as head chef at Gregan’s he opened The Greenhouse, which has been awarded two Michelin stars under his stewardship. He has an impressive number of ‘Chef of the Year’ awards from numerous industry and media, and when it comes to being viewed by his peers as one of the best, perhaps it’s best to leave it to the Michelin Guide (Great Britain & Ireland 2020) for their description of him as “a chef who really understands how to get the best out of his ingredients and works with great precision to continually refine each dish.”

There would be, you might think, layers of pressure to overseeing a restaurant with an actual name attached. Such a decision makes it a distinct and recognised brand by which the title either fails or succeeds, and by which they are judged from opening to closing time. Like Mickael’s Scandinavian heritage, however, there is calmness and coolness flowing through his blood. “I don’t feel any pressure at all because I make sure that everything flows as smoothly as possible. As for the weight of expectation from people, of course there is always going to be that, but I find the best way to counteract that is to be even better than what is expected.”

He is fully aware, also, that although his name is over the door and on the menu, without teamwork in the kitchen (and, of course, within the restaurant as a unit), you might as well pack up your utensils and move on. “Without question,” he says, perhaps unwittingly echoing the words of his partner, Ross Lewis, and knowing that his team includes a sizeable number of his former Greenhouse staff, “having the right team behind you is central to the success of any business, let alone a restaurant.”

As of now, the good ship Chapter One by Mickael Viljanen is cruising along, steered with a steady hand and with a contrasting crew brought together by a common goal: to be the best there is. Development of the food menu, he adds, is always going to be in line with ensuring the customer experience doesn’t fall below the high standards set out by such a high-quality, fine dining restaurant.

It would seem that, so far, Mickael Viljanen is playing a perfect and meticulous game. Food critics have been more than positive in their praise. From “there is no best dish, everything is equally spectacular” (Corinna Hardgrave, Irish Times) and “the sublime craft, technical precision and masterful manipulation of flavours is often breath taking” (Joe McNamee, Irish Examiner) to “is Mickael Viljanen shooting for three stars in Parnell Square?” (Katy McGuinness, Irish Independent), there is clearly much love for the chef with a busy work schedule that precludes even the smallest of small talk.

There is also much respect for a chef who has a knife and fork tattooed on his wrist and who has discovered as the years have passed that less is more. To which we can only add, here’s to Chapter Two.