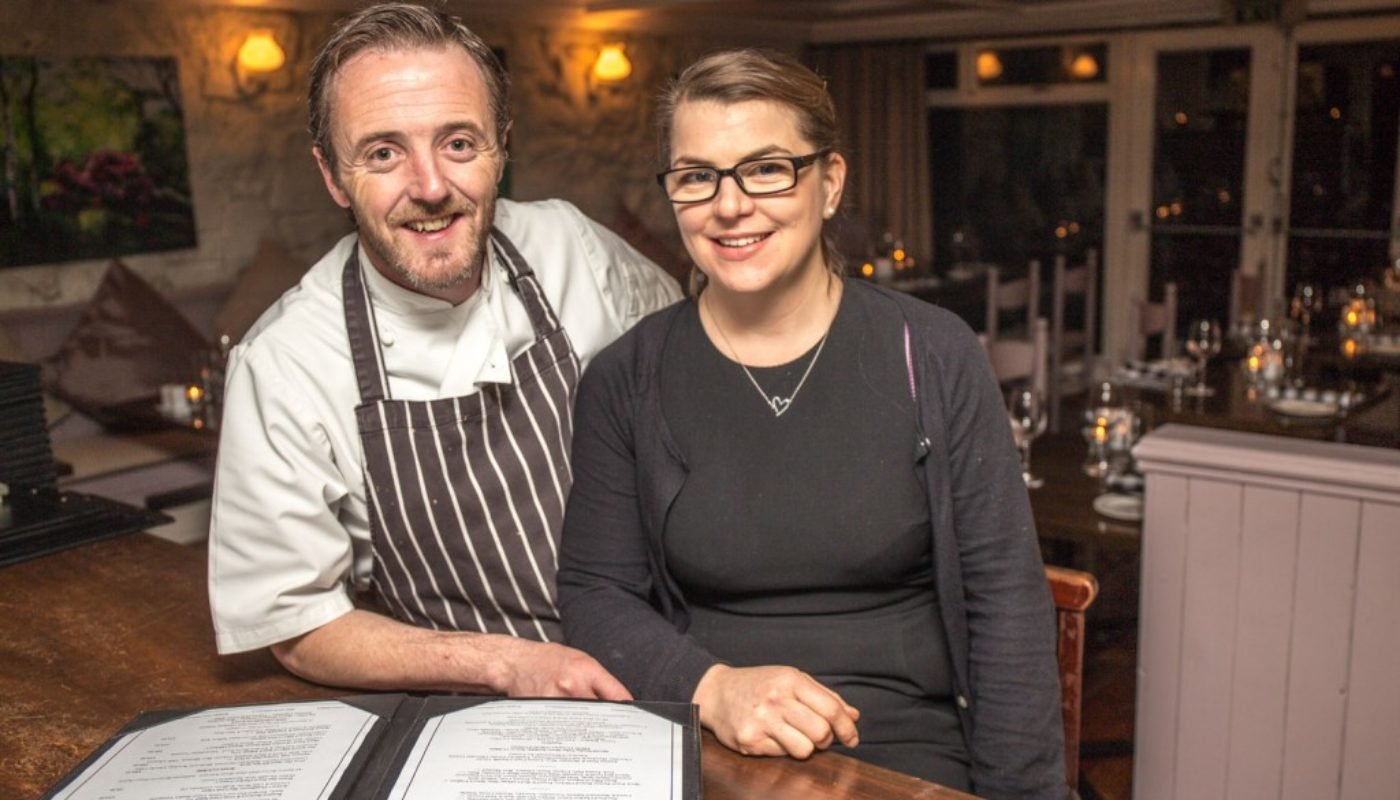 It is a rarity that as a child we know with absolute certainty what we want to be when we grow up, but Wade Murphy did. The chatty chef/proprietor of 1826 Adare says there was no doubt in his mind that he’d be breathing in kitchen fumes and aromas ranging from fragrant to pungent for the rest of his life.

“I just wanted to be involved in food and the hospitality industry. My grandmother was a local cook in Gorey, Co Wexford, and as a kid growing up I would have spent a lot of time with her. She used to cook for Gorey Rugby Club, do the meals on a Sunday for the home team, and cook for the local Christian Brothers. I specifically remember the weekends standing on a bucket peeling spuds into the sink while she was making a big pot of Irish stew for the rugby team. I’d ask questions all the time, I always had an interest in it. I can’t say I specifically wanted to be a chef, but I definitely wanted to cook. My first couple of jobs were in places in Gorey – Marlfield House, Courtown Hotel, a local pub that back in the day was one of the first gastropubs in Ireland.”

Throughout his time at these establishments, where he worked initially as a kitchen porter and then commis chef, Wade absorbed career advice, tips, guidance, but his base knowledge stemmed from his time as a young lad picking the eyes of countless numbers of spuds in his granny’s kitchen. He remembers well what he learned from his time standing by her apron strings. “Definitely the importance of seasonal produce. She was very heavily involved with the ICA, and they’re big into their food, baking, the seasonality of food. I would have learned a lot about cooking fresh, seasonal produce. There was never packet food in granny’s house – maybe custard and jelly, but that was about it. It was always, always fresh, and so if I were to pick a few things that I learned from her it was about fresh produce and putting time and effort into the work.”

Moving to London shortly after his Leaving Cert, over the course of nine years Wade worked his way up and up and up. Fine dining restaurants? Tick. Michelin-starred restaurants? Double tick. From home cooking to fine dining is a massive jump, agrees Wade, but foundation and framework is similar. “Obviously, a bit more effort goes into fine dining, but it’s the same no matter what area you go into. To me, there’s no point in knowing how to sous-vide a piece of lamb neck for whatever amount of hours at whatever temperature without knowing how to make mayonnaise. It didn’t matter where I was, though, because I just loved learning.”

He returned to Ireland to work as a sous chef as part of the opening team at the Four Seasons Hotel (as the InterContinental Dublin was then known) and then transferred with the company to their Chicago property for two years. The US, he says with an air of inevitability, was very different. “They put in a lot more hours, and you’d have many people working three jobs just to make ends meet. I was lucky because I had an inter-company position, so my contract benefits and allowances while I was working in the US were the same as they were in Ireland. What I learned from working in America was a better awareness of people management – they really know how to do it right, the importance of the team and how people-focused it is. What I learned was invaluable, especially after coming from London, where it was a melting pot of tempers and aggression. If you see any of the various awards that 1826 has been lucky to win, I always say it would not have been possible without the team – a restaurant and a kitchen are only ever as good as their team.”

And so from Chicago to back home, where in 2007 Wade took up the Head Chef post at Lisloughrey Lodge (as The Lodge at Ashford Castle was previously called) and then, several years later, Executive Chef at the Lodge at Doonbeg. In 2013, four numbers started knocking on Wade’s door, and those numbers were 1826.

“While I was in Chicago I met my wife, Elaine, who was also working in the industry and who is from Limerick. We came back to Ireland, and married. She had a great career of her own and had worked internationally as GM of various hotels, so it was basically a no-brainer that we had a chef and a front-of-house. That was the basis of the team.”

While Wade and Elaine had frequently talked about opening their own restaurant, they were particular about the location (“we looked all over the country”) and especially the room/space. “While we were on holiday in the UK, we were in Rick Stein’s restaurant in Padstow, Cornwall, and we got a phone call. When we were back in Ireland the following week, we viewed the 1826 property – which we were very much aware of because Elaine had lived nearby – and within a few days I handed in my notice. It really was as simple as that – we just knew we had found it. In a way, it was our walk away from the high-end approach – no tablecloths, no polished silver, we wanted to let the food and service do all the talking.”

From then to now, 1826 has gone from strength to strength, its successes justified and which firmly positions the restaurant as one of the country’s finest. “The biggest success for me is that 1826 is practically a household name by this stage, and I love the fact that it has a firm reputation for having a family atmosphere. The view of success changes, of course, but it’s all done to what I have said – it’s about the team. It’s a small team that is always hands-on – we get stuck in, we do the wash-up, and no one says that something isn’t their job. Both myself and Elaine know we would not have been able to achieve our dream with 1826 minus the involvement of the team, past and present.”