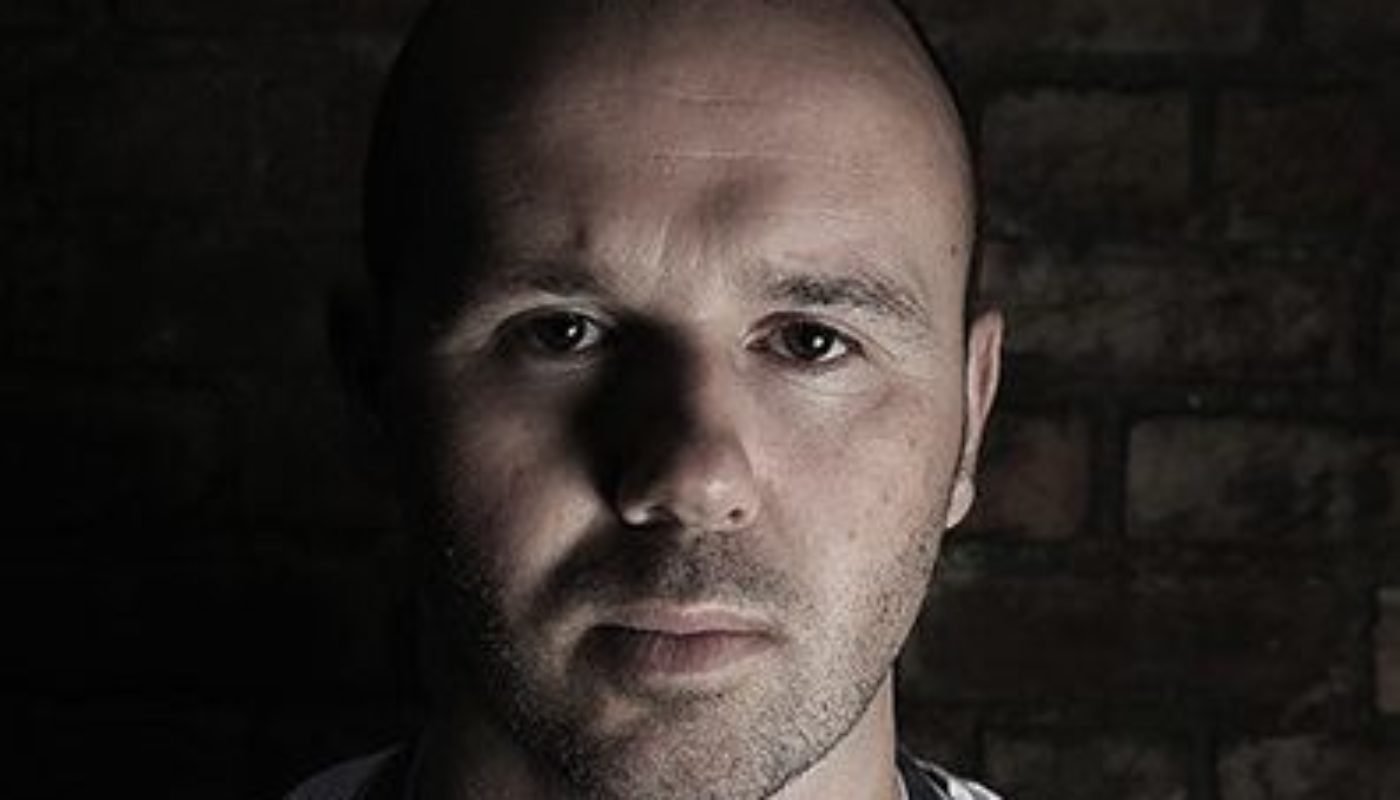 It is fair to say that some people don’t like what we shall euphemistically term the ‘direct approach’. That is, common sense presented in plain (but not crude) language, the truth delivered in an unadorned, not necessarily pretty way. Words, in effect, that are conveyed in a polite but firm take-it-or-leave-it manner. Which brings us, let’s be honest (because, frankly, he likes honesty), to Oliver Dunne.

Now in his mid-40s, Oliver has not only been through the mill, but he has also trudged around the mill, has walked up and down the mill, and then – tired out and weary – sat in the mill looking out through one of its windows and asked himself the following questions: what is all this for, why I am working 80-plus hours per week and to what end? They were, in truth, questions for which there had to be answers. Those with a longish memory will recall that in his late-20s, Oliver was the youngest ever Irish chef to win a Michelin star. The accolade (which was retained for the following nine years) arrived at the culmination of incredibly hard work and what seemed to be intense self-competition.

Getting that star, he says, meant the absolute world to him. “Outside of family, nothing comes close to the day I won the Michelin star.” The hours, the intensity of emotions, the self-imposed solitude that went into getting it was, he admits, “a strange drive I had. Now that I’m older, I look back and it seems I was trying to prove something to somebody, whether to myself or whatever, I’m not sure. That didn’t necessarily come from a positive place, but I remember when I worked in London – no friends, living in a hostel – that I’d wake up very early each morning and get the first Tube to be the first in at work. It was really important to me that I had to be the first in and the last person out, and that I had to work harder than anyone else. When they were all going on staff nights out, I wouldn’t because I wanted to get in there early the next morning. I didn’t want to cross the line of becoming friendly or getting attached. When I won the Michelin star, however, it was like a release of all that hell. It achieved something, and that’s why it was so important to me.”

As the years passed, so did approaches and attitudes change. A Michelin star is a Michelin star, right? It’s the Holy Grail, the Motherlode, the Big Enchilada to beat all Big Enchiladas, correct? Well, maybe, but something didn’t sit right with Oliver Dunne. To the gasps of many but to no surprise to himself (and, we’ll warrant, to other Michelin-starred chefs), he handed back the star in 2014. Did it come to mean something less to him?

“I won the star for, I think, nine consecutive years,” Oliver ponders. “I was taught and trained to cook at the highest standard every day, so I knew I couldn’t cook badly. But I suppose I copied what my peers did and got caught up in a Ferris Wheel of working in and creating Michelin star restaurants – which was brilliant – but then I think I just started to grow up.” There was a growing sense reaching some years back, he says, that “the fine-dining way wasn’t me; it wasn’t my personality.” When he handed back the star, he sensed he could have been signing away his business career – but then, he adds, he opened Cleaver East.

Oliver was already thinking ahead, having founded the ODR (Oliver Dunne Restaurant) Group, and then securing its first hotel food and beverage contract with Dublin’s Clarence Hotel. In 2014, within the hotel, ODR opened Cleaver East, quickly satisfying thousands of customers per week. Bon Appetit, meanwhile, catered to about 150 customers per week. Oliver did the math: Michelin star, fancy restaurant and fancy food versus an immensely popular (and innovative) tasting menu at Cleaver East? Something had to give.

“That gave me huge confidence,” he says. “The following summer, I said enough is enough. Why did I work for around 11 years of 80-odd hours per week to be a cook at a certain level, to compete against myself and pitch for the 0.1% of the population? It made no sense to me, so I decided to go after the 99% to make some money and to have family time.” The irony? The year after he handed back the Michelin star “was the best ever year, financially, for Bon Appetit.”

A game change in the life of Oliver Dunne was now in situ. He no longer cooks on a day-to-day basis but is instead the captain of the good ship ODR. At present, the group includes the aforementioned Cleaver East, Malahide’s Bon Appetit, Beef & Lobster (Dublin and Galway), Donnybrook Gastropub, Drogheda’s Bryanstown Social, and their latest Dublin city venture, Pink Restaurant & Bar. He is the overseer, the ideas guy, but, he adds, he is also as hands-on as he needs to be.

“When we opened Pink, I worked there for the month. I always do that, because I need to know how respective spaces work inside-out, to know how the kitchen functions, how the floor operates. I’m always the boss, I know what’s going on, I can jump into any of our kitchens if I’m needed. That said, we have over 200 people in the group, and my job is really to manage people, to solve people’s problems, make the hard decisions, direct the way we’re going.”

I ask does he miss cooking. He says that when he finally stopped a few years ago, it felt like “he had just been released from prison because I was completely institutionalised. Cooking was all I had been doing for many years, I didn’t know what was going on in the world – I didn’t listen to the news because I didn’t have the time to. And without the extremes of cooking up to seven days a week, I just didn’t know how to function.”

Taken out of such an intense, time-consuming environment, Oliver admits to falling prey to what he terms mild depression. “I underwent a little bit of therapy, figured myself out, and then got back on the horse. Now, I’m very content with the role because I know what it is. I restructured my mindset, how I work, and I get the same highs now in my work that I used to get in the kitchen.”

Allied to his own mental health experiences is Oliver’s work with the Irish mental health charity, Aware. It is, he says, “a brilliant organization that does great work in making people know it’s okay not to be okay. I wanted to play my part in supporting them and help get that message out there, and if anyone at all gets the benefit of this association, then that’s amazing. As I mentioned, leading by example is important to me, so if I’m not willing to help, well then, why should others? Honesty and openness about these issues always lead to insightful and helpful conversations.”

Speaking of conversations, we are coming to the end of ours because (as if you hadn’t guessed by now) Oliver is a busy guy. Inevitably, thoughts veer towards 2022 and God alone knows what might or might not happen. It is, we agree, pointless to predict anything. What say you, Oliver?

“I don’t care what happens in 2022 because I’m still going to do what I do. I’m still going to be successful, still going to push on, and will probably open more restaurants.” Whatever happens, he concludes, “we will turn and twist, get on with it, won’t whinge about it, work through it and keep the eye on the prize. Our ability to adapt and evolve is why we’re successful, and that’s a great strength to have. The team I have is the best in the country, so we’ll be fine. 2022? Bring it on, I’m looking forward to it.”

You’d want him on your side, wouldn’t you? 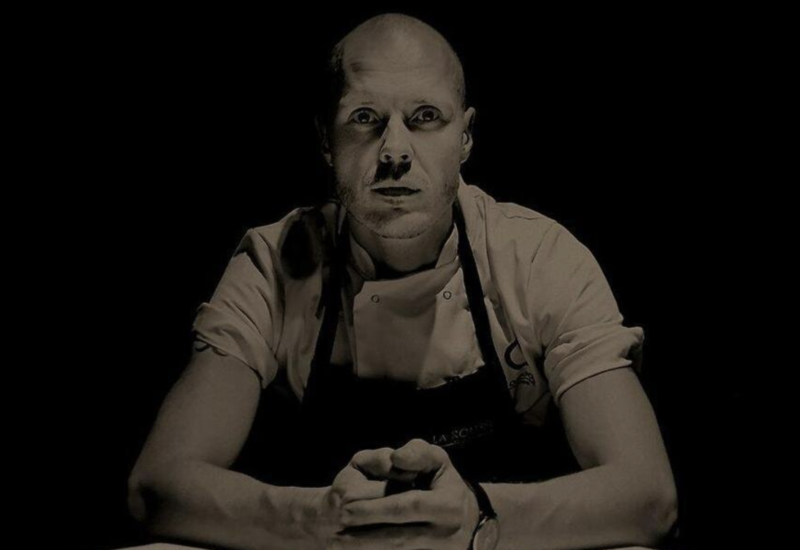