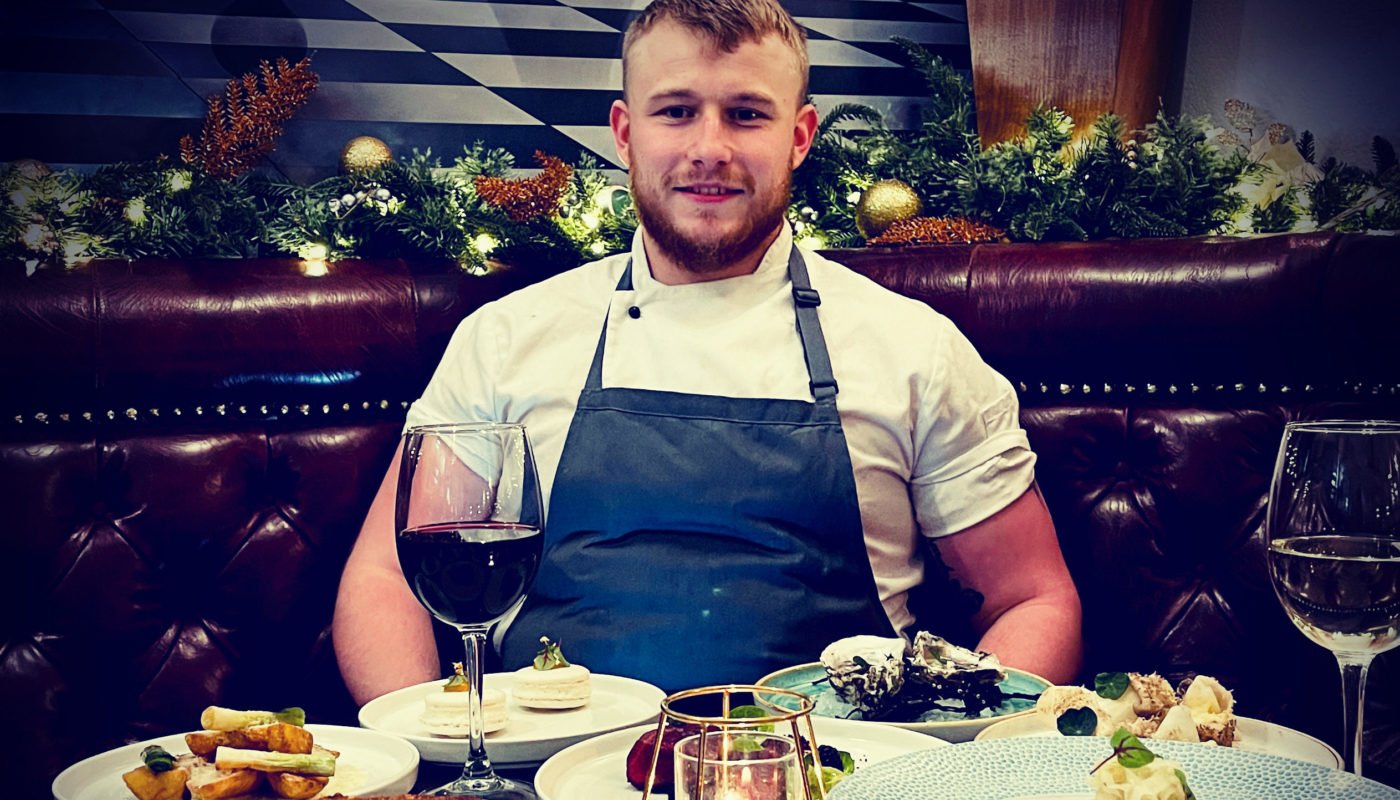 We love to hear about proactivity, but we reckon if there was a gold medal for assured self-promotion then Michael Morrisroe would be stepping onto a podium to receive it. Add ambition into the mix and you have certified success, but what makes Michael’s story so compelling is how in the space of ten years he smartly swerved from being a waiter to a head chef.

As a teenager, he started working at BrookLodge & Macreddin Village, Aughrim, County Wicklow. It was here, says Michael, “where I saw my first glimpse of the hectic environment we call a kitchen and I was immediately in awe of the organised chaos. After almost a year of being a waiter, which involved working very closely with the kitchen team and seeing first-hand what they would have to do each day, I finally plucked up the courage to ask the head chef for a job. He told me to go to college, which I looked into, but deep down I knew college wasn’t for me. The following day, however, he told me I had a one week trial in the kitchen.”

It didn’t stop there, of course. Once Michael had swapped taking orders to cooking them, his rise through the ranks continued. He went from BrookLodge to Dublin’s Patrick Guilbaud and then to London’s Les 110 De Taillevent. When he looks back, I ask, did these career steps seem extraordinarily big?

“They were huge jumps in my career and very daunting at first,” he allows. “Firstly, going to work in a two-Michelin star restaurant was, to this day, one of the best things I have ever done. Guilbaud taught me the finer points of cooking and that nothing less than perfection is good enough. It really pushed the boundaries and opened my eyes to a completely different style of cookery that I wasn’t used to.” His move to London to work as a pastry chef was another steep learning curve. “Pastry is almost like a different world compared to the main kitchen, and the experience I learnt in Taillevent will stick with me forever, I went over there with pastry being my weakest attribute, and I would say it is now one off my strongest.”

Michael is now once again in Ireland, having taken up the role of Head Chef at The Queens in Dalkey, County Dublin. It was a post-lockdown idea, he says, facilitated by a pre-existing relationship with one of the venue’s co-owners (Eoin Doyle, who is also one of the owners of BrookLodge). “When the opportunity came up I didn’t hesitate to accept. I love Ireland, so I jumped at the chance to move back.”

When he got the nod for the Head Chef position in Dalkey, what were his immediate thoughts, and what ideas did he want to introduce? “I thought it would be a great place to start my career as a head chef. Given its location so close to the sea, I knew we could get the freshest fish, and the fact that it’s only a stone’s throw from mountains and woods I knew we could get the best game available. It’s a chef’s dream to be surrounded by such great amenities, and I wanted to quickly introduce simple and harmonious cooking. Nothing too complicated, just straight-up great cooking using the best ingredients possible so as to give the people of Dalkey and surrounding areas a special experience.”

Michael knows that achieving such a level of experience can only be attained by applying the highest of specifications to every part of the ground-to-plate journey. He is, he notes with emphasis, a very particular and driven individual. “Some people might think it is a bit much, but it is essential to constantly have high standards to conform to. I also work very closely with my team – I want to bring out the best in them, which is all part of achieving the end goal. My team work super hard every day, and every day we are growing together and learning from each other – genuinely, every day is a school day. Also, the relationship between the kitchen and supplier is a huge part of that result. We have to work tirelessly with suppliers to ensure the best quality ingredients are being produced, and that when they arrive at The Queens they are treated with the utmost respect to create the best possible dishes.”

I ask Michael if there is undue stress in trying to maintain a certain standard. He says there is always pressure with the job, but that he is definitely up for the challenge. “It’s not always easy, but if it was easy everyone would be doing it. I have great people around me, from all my kitchen team and front of house to the suppliers I use. Together, we are striving to do our best and improve on a daily basis, and I think the customer can feel that as soon as they walk through our front door. Pressure? Isn’t that for tyres?!”

Michael is joking, of course, but he knows that striving to do the best you possibly can in every area is central to any successful venture or business. He says he was once informed by James Kavanagh, a former Head Chef at BrookLodge, and co-owner Evan Doyle (brother of Eoin) that the standard of produce is forever central. “Without quality produce, we can’t execute what we want to do, and this sticks with me to this day – although my current team must be sick of me saying this by now! In my personal life, I was always told by my mother and my granny to ‘work hard, dream big’, so much so I have this tattooed on my arm. I strongly believe I wouldn’t be where I am today without those four little words.”

It has been, as we can see, a challenging but worthwhile decade for Michael Morrisroe. From beginning his culinary career in BrookLodge’s Strawberry Tree Restaurant (at that time the only organic kitchen in Ireland/England) to heading up his kitchen at The Queens, he knows only too well what lessons he has learned along the way. His early experiences at BrookLodge, he says seriously, have formed the foundation of his knowledge as a chef. “I learnt everything there,” he reveals, “from everyday things of how to chop an onion and peel a carrot to sustainability, preservation and seasonality.”

The biggest lesson Michael has absorbed, however, and which he still executes each day, is “how to cook with simplicity and harmony using the best of ingredients you can possibly use. Alongside this, you have to have respect for the product and the supplier. Without these two things, as chefs, we would not be able to fulfil our passion.”