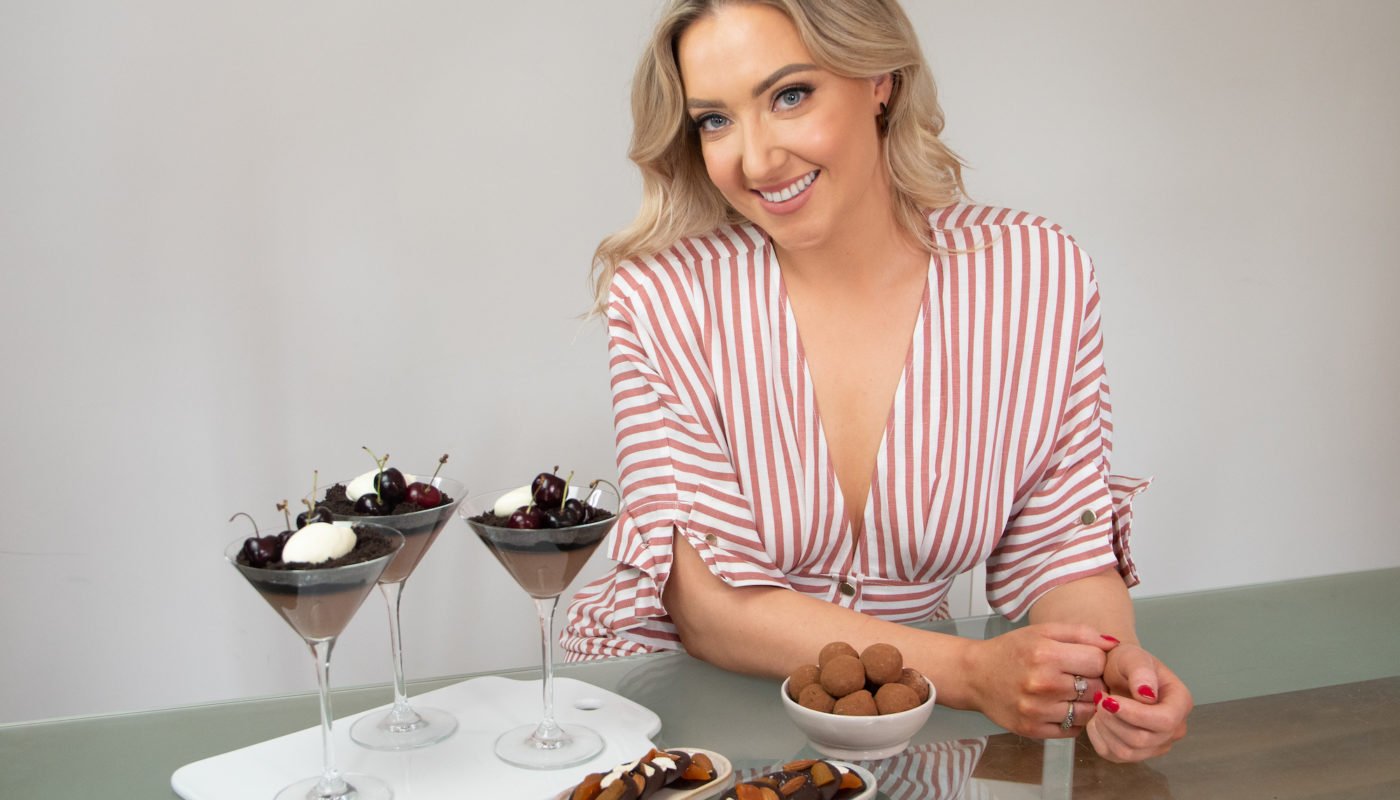 Attention to detail, diligent, dedicated and above all self-possessed. All of these attributes and more can be combined to create something quite special, and if we know anything about the work of pastry chef Aoife Noonan then it is that her creations (and, yes, we reckon that is the accurate description) are uncommonly distinctive.

She always loved cooking, she says, but had rarely if ever thought of it as a career choice until she embarked on a four-year Culinary Arts degree course in DIT (Dublin Institute of Technology), where in her final two years she specialised in pastry. After a short stint working in catering, Aoife ventured out into the big wide world of busy, highly-regarded restaurants. The first was Bang (Merrion Row, Dublin 2) where she started as the head pastry chef. “I was straight out of college and it was challenging,” she remembers. “I don’t think I really had enough practical experience on pastry going into that role. Looking back, however, I became comfortable as I was running the section myself and essentially responsible for it all.”

After Bang, she walked across the street to the two Michelin-starred Patrick Gilbaud’s. There was, she recalls, no head pastry chef position for her there. “Apart from the obvious Michelin stars, it was a huge change. I started at the bottom and the pressure was there every day. I was learning from amazing chefs and cooking to a standard that was way beyond anything I knew. Learning the fundamentals of classic French pastry in that kind of kitchen environment was something I never envisioned for myself. It was overwhelming and intense at times, but it was an amazing learning experience.”

To begin working at the lower end of the ladder at such a prestigious restaurant to becoming head pastry chef within a year was something that Aoife possibly hoped for but didn’t necessarily expect to happen. Yet there it was – she was offered the position and said a cautious yes. “I absolutely did not think I was ready for it,” she admits. “I told the head chef ‘I can’t do that’, but it was when he said ‘Aoife, yes you can’, that I think I realised I was obviously doing something right. It wasn’t that the hard work had paid off, to be honest, but that the hard work was only just beginning at that point. Becoming head pastry chef of a two Michelin-starred restaurant at the age of 25 was a huge responsibility, and I felt that pressure every day.”

Fast forward several years and Aoife retreated from working in professional kitchens in early 2019. Making such a pre-pandemic move might now be seen as forward-thinking but Aoife wisely overturns that notion. All she wanted to do, she says, was “to explore other avenues.” Which, needless to say, she has been doing with great success. Does she think the past 16 months or so of, essentially, eating at home, has weaned people off the notion of fine dining? It has, I suggest, been mostly takeout and box meals for everyone, people sharing food, getting their fingers messy, and so on.

“I love eating out, I love the social and convivial aspects of it whether it’s fine dining or not,” she states, “and I think people are eager to get back to that and enjoy nights out again eating great food. As for me, I am still in a kitchen – with my limited patisserie drops I am in that professional kitchen environment, pushing myself. I’m just not doing a restaurant service, but that’s not to say I will never work in a restaurant again.”

Such a decision is for the future, of course. For the foreseeable, it is the range of Aoife’s online classes that are taking up her time, her ideas and her recognised expertise. She says she loves the teaching elements of her online work and presentations. “I get such fulfilment seeing someone achieve something I’ve taught them. The online classes seemed a natural progression in my career because over the years, I have given countless masterclasses and demonstrations, and I really love the whole process as it’s so rewarding. I’m getting great feedback from my classes. When participants send me pictures of their finished dishes and emails saying how much they enjoyed the class, and then book in for another one, you know you’re doing something right.”

For many people, pastry cooking seems unavoidably detailed – it’s the opposite of throwing into the mix a bit of this and a bit of that, isn’t it? Does Aoife have any idea why such thoroughness appeals to her? “I think the perfectionist side of me comes out in that aspect of cooking. It can be finicky, but it’s playful and fun, and it is the last part of the meal, so in that regard, it should be memorable. While it can seem precise, the most important thing is the flavour, not the presentation – the simplest, most rustic desserts are often the tastiest.”

From her first attempt at baking when she was a teenager at school to where she has been and where she is now represents a highly impressive career trajectory. What does she think are the primary lessons she has learned about herself along the way? “I think I have learned so much about myself in terms of my work ethic and discipline. I have come be such a perfectionist and very organised, almost freakishly so! Working in fine dining restaurants taught me so much: I realised how much I can push myself if I put my mind to something, how methodical and efficient I need to work to maintain a certain standard, and that stuck with me. I’m like that now no matter what I do.”

That’s as good a final comment as you might expect from such a determined person as Aoife Noonan. We would leave it there, except we really have to ask a final question: if she is ever (God forbid) not in the mood to cook, what is her go-to pastry or chocolate snack?

“If I’m out, and if it’s on the menu, I’ll always order a Tiramisu. I also can’t resist a savoury croissant or a Canelé de Bordeaux.”

For further information about Aoife Noonan and her upcoming online classes and her online bespoke and corporate events, visit www.aoifenoonan.com