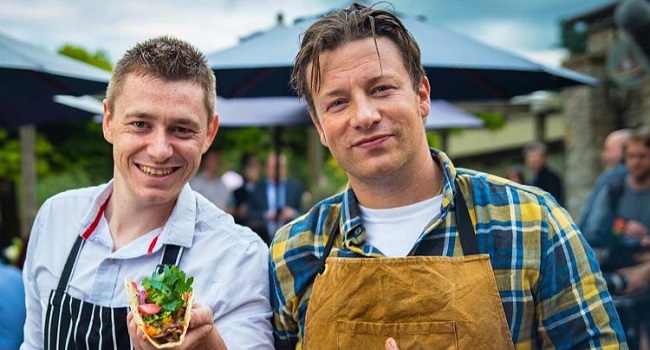 If you are going to be set straight on a long-held misunderstanding then who better to educate you than the foremost expert on the subject in the country. “There’s a difference between grilling and barbecuing,” explains John Relihan, the chef who sparked a trend for fire and smoke cooking in Ireland when he opened Holy Smoke in 2016, Cork’s premier BBQ smokehouse restaurant.

“BBQ is cooking low and slow, and grilling is directly over fire. So when people say they are doing BBQ at home they are actually grilling burgers and sausages, a BBQ would be putting a lid over that and cooking for a long time.”

“Sometimes I take meat out of the smoker and it just falls off the bone, and when I taste it it gives me the shivers, it makes me really happy!”

Though now enlightened on all things smoke and fire, my thirst for knowledge on another matter was still not quenched: the intriguing tale of how John went from Duagh in Kerry to become Ireland’s, and indeed one of the world’s, foremost Pitmasters, all via a helping hand from Jamie Oliver. Passion and talent aside, speaking to John it’s easy to see how the chef charmed the best in the food world. A master of fire who’s far from fiery, he’s easy-going, generous with his time, and perceptibly positive – using the word ‘wonderful’ abundantly as he tells his story, and it is, indeed, a wonderful story.

Growing up as an only child in a one parent family, John began cooking early on, having dinner ready for his mother, when she came in the door after a long day at work.

“I fell in love with it. It’s quite an addiction once you get into it. Once you start making people happy, you have to do more, and then all of a sudden you change your life completely!” he says laughing.

And in John’s case it did happen rather “all of a sudden.” He was gifted Jamie’s Kitchen cookbook, and just as much as he was enthralled by Jamie’s recipes, the details at the back of book about the Fifteen Foundation apprenticeship programme capture his imagination. Aged just 16 years, John applied, and miraculously was accepted. “The project was set up to train disadvantaged kids in London to work at Jamie’s new restaurant, Fifteen, so I was quite lucky to get in.

“At one of my first interviews I met Jamie and we immediately had that connection.”

“I explained my story to him, basically that I needed to get out of a small village in Ireland. Jamie took me under his wing, brought me to London, and sent me off to college.”

Starting from scratch, John and his classmates were given the culinary learning experience of a lifetime. Jamie flew them to the food capitals of France, and Italy – he had his first red wine in Tuscany “not knowing what red wine was” – and ingrained in them the importance of sourcing quality produce and an encyclopedic knowledge of ingredients.

John went from not knowing the difference between parsley and rosemary, to having a strong grasp of the eighty different varieties of mint – “I thought mint was chewing gum before!”- , and understanding how to butcher whole animals. 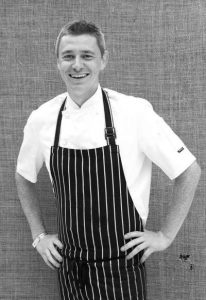 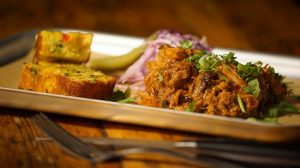 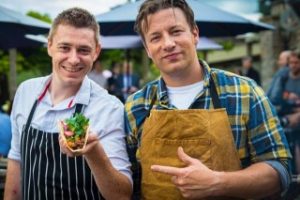 “I got top of my class, I walked away with 98% having never seen an A, B, or C before in my life, but I guess it just shows that if you do something you really like, and really want to do it, you can excel at anything.”

Growing up as an only child, John says he gained a family just as much as he did culinary experience. “When I started with Jamie his team was no more than 15 people, now he has more than 6,000 employed worldwide.”

“That core team is still there and it truly is a family – that’s what Jamie aspires his business to be: a family. I am still very close to all of them.”

Next, he was selected for a scholarship to train with chef Chris Cosentino at Incanto, which has since reopened as Cockscomb, in San Francisco, where he spent two years cooking old style Italian food and Chris’s signature haute cuisine offal dishes.

Jamie was still very much part of his life, popping into the restaurant whenever he was in the States – “to see how I was doing. Basically, like a big brother would do” – and when John knew his time was coming to an end in San Franciso, big brother put in a good word for him with another pioneer of nose-to-tail cuisine, Fergus Henderson of St. John restaurant in London. Towards the end of his two-year stint there he took part in the TV series Jamie’s Chef in which Jamie gave trainee chefs the opportunity to open up their own restaurant. However, after eight months of intense work John made the decision to pull out of the show, “live on national TV.”

“It just wasn’t my time to open a business, I was twenty-two and had more to learn and plans to travel. But Jamie made me finish the show, if you start something you must finish it was his mantra.”

“After the show I did have a better sense of what I wanted from life, but I guess everything is always open to change when you meet different people with different ideas.”

His path took two unexpected turns over the next few years, first when he got a phone call from Chris in San Francisco to become his sous chef, where he stayed for two years, and then the big one, a call up from Jamie – “as you can see, Jamie pops up a lot!” – to be part of a new restaurant, Barbecoa.

First taking up the sous chef role, for eight months prior to the launch John worked 130-hour weeks developing the menu in a tiny test kitchen with Jamie and head chef and American barbecue expert Adam Perry Lang. Over six years John worked his way up to the head chef position at the 300-seater barbeque restaurant, earning the moniker of Pitmaster for himself, but at that stage what drove him to London in the first place, an innate instinct to travel and meet new people, triggered him to start seeking out new horizons.

On his search his stumbled upon both the magic of cooking over charcoal, and a Cork restaurateur who was looking for a chef to bring something new to the city. Out of this collision of circumstance, sparks were created, and Holy Smoke was born.

Based in the Mardyke Complex, with its own entrance on little Hanover Street, Holy Smoke opened in March 2016 with a mission to cooked either low and slow or directly on ‘gourmet charcoal’, educate people about these cooking methods, and to use them to showcase the best of Irish produce, mostly from the direct locality, though John sources his chickens from his own village in Kerry.

Not only Corkonians have been seduced by the smokey vibes, he says, the trend is setting the rest of the country alight too, as evidenced when last month for the first time Ireland played host to the World BBQ Championships, where John played a key role as global ambassador.

For home chefs John suggests a break away from fillets and sirloins by asking your butcher for a little-known cut called Picanha. Already “well worshipped” in Brazil, John explains how he prepares the cap of the rump at the restaurant by simply seasoning, basting in butter, grilling over charcoal, and serving a 340 gram portion medium rare – and for just €18, mind you. Picanha aside, John advises to “just have fun and experiment,” something that even this expert is continually doing. He explains that as he makes more healthful decisions in his own life he has become more creative with cooking vegetables at the restaurant.

Cooking butternut squash, aubergines, beetroot, onions, collard greens, and Portobello mushroom using fire and smoke methods, they are imbued with that hint of smoke to which John adds extra layers of flavour with a zesty chimichurri, a yoghurt dressing, or a scattering of fresh herbs.

“It’s very important to me that everyone, from a vegan up to a meat eater, gets exactly what they need when go into Holy Smoke.”

At 82 seats, Holy Smoke is one of the biggest restaurants in Cork, and can be extended to host even more should the occasion arise, as it did twice last month.

Once during Taste Cork Week, where they hosted an exclusive tasting of the entire menu paired with a choice of beer or whiskey, and again a few days later during an event titled ‘Jazz Cuts’, a showcase of the very best cuts of beef, this time paired with a live jazz band as well as Jameson.

“What more could you want? We had steaks, whiskey, and jazz.” A good start, certainly, but another Holy Smoke elsewhere in Ireland is certainly on our wish list, I propose to John.

“There is a lot happening in my career right now, a lot of it I can’t disclose just yet,” he teases, suggesting one project that will involve “a lot of travel.”

“But the future is bright and it’s going to be a lot of fun.” 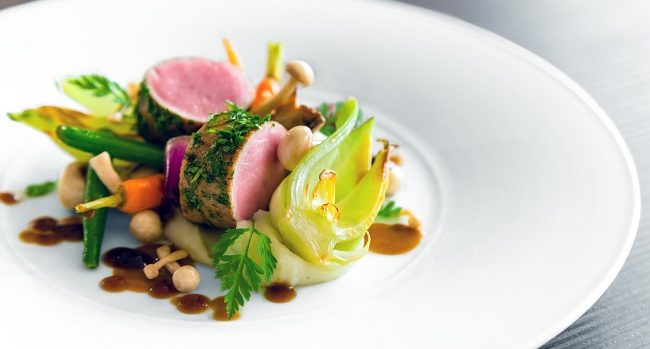 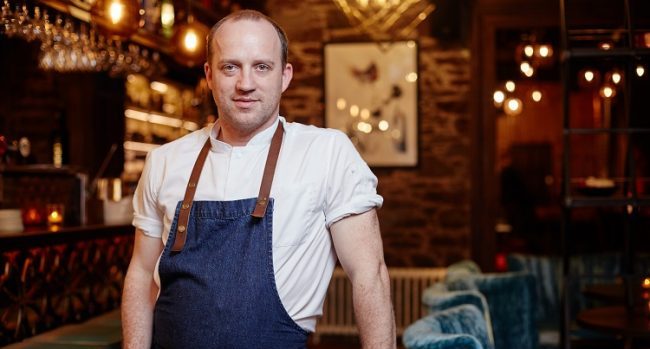 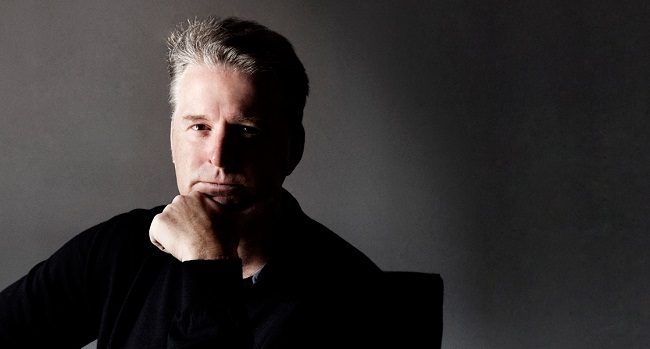 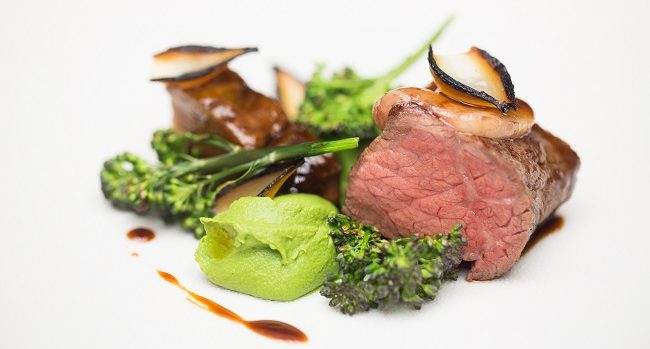