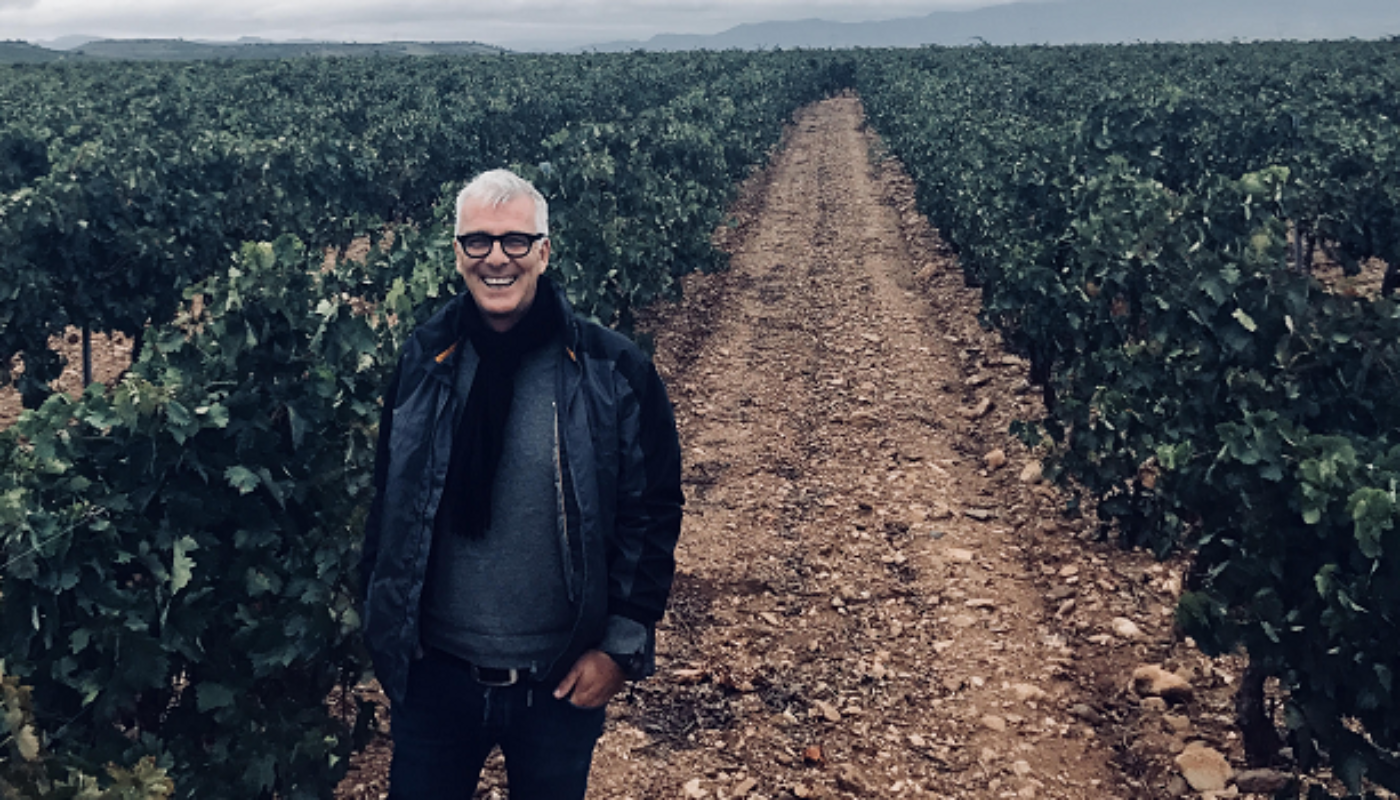 For John McMorrough, a career in the hospitality industry always made sense. He’s the founder and director of Boutique Wines, an independent merchant specialising in sourcing fine bottles from family-run wineries around the world.

“The hospitality industry spirit has been passed down through generations of my family”, he says, pointing out that across four generations, several members of his family have been successful hoteliers, both in Ireland and abroad.

“I guess it’s in the blood”, he says, adding that he moved to Chicago to study when he was 18 and eventually found work in the insurance sector. His career path took a step closer to his family background when he became an active shareholder of a gourmet gelato business in San Francisco: “It was here I developed the sense of taste and smell that I rely on today in selecting the finest wine for my portfolio.”

The company was sold in 2000 and John decided to take some time to travel, visiting vineyards in Europe, South Africa and Argentina. After all, “living around Napa Valley for 15 years it was impossible not to learn about wine.” He recalls he used to give Francis Ford Copella his private stash of chocolate Gelato and in return, he was allowed to visit his winery and many superb wineries in Napa Valley and Sonoma County, doubtlessly a very pleasant way to learn. The Creation of Boutique Wines

“I received a knock on my front door when I was back in Ireland, living in Sandymount in 2000.” It was a Frenchman from Bordeaux trying to break into the Irish market. John eventually agreed to buy his wine and that was it, he was in business.

Shortly after, he was supplying his first customer, Bijou restaurant in Rathgar, “which still remains a loyal and valued customer”. With a Renault Cleo doubling as a delivery van, he was running a one man show. Now after nearly two decades, Boutique Wines has a delivery team and a proper warehouse where a portfolio of over 100 wines is well looked after: “Though I still take it upon myself to be as hands on today as I was with the delivery of my first Bordeaux!”

Today, Johnny is aided by a highly capable team (Nigel Hennessy, Avril Kirrane, Evelyn Mulcahy, Brian Delaney, Mary Agnew and John Murray), who help make the company what it is: “I am very lucky to be surrounded by such a strong team of like-minded people!”

Comparing the current Irish wine scene to when he started, Johnny feels optimistic because “wine is becoming part of the Irish culture and fortunately for Boutique Wines, the Irish have a growing appreciation for good wine.” He acknowledges that “the market has become more competitive but our core values still remain the same.”

These values refer mainly to buying only from boutique producers, “artisan winemakers who have been tending vines for generations to bring you wines of real character and exceptional quality and value.” For Johnny, wine is not that different from scones or coffee, at least when talking about “the whole small production philosophy.” He believes “the best scones come from the lady up the road rather than the large producers, the best coffee from small coffee producers and it’s the same with wine.” The attention to detail from a smaller producer and the personal signature they give to each wine is something one might not get from bigger brands.

But just like independent coffee shops or family bakeries are still businesses at the end of the day, Boutique Wines has to match being true to its philosophy with being commercially viable. “It’s an on-going challenge in the industry with prices increasing all the time”, however, Johnny points out he’d never sell a wine just because it’s cheap.

Our aim is to bring the best value to market. Not the cheapest and not the most expensive.

This is made even more uphill given the tax carried by wine in Ireland: “We are the highest in Europe at €3.21 ex vat a bottle and €6.42 ex vat a bottle for Cava, Spumante Prosecco and Champagne. This needs to be addressed by the government. It makes no sense and is the main contributor to customers paying beyond the odds especially inexpensive wines in Ireland.”

And just as there are challenges, there’s also great joy. For Johnny, one of the most rewarding parts of his work is “seeing someone in a restaurant physically picking up one of our bottles and looking at it with satisfaction.” Johnny dedicates a good part of his time to research the latest trends in the market.  He’s constantly reading about what is coming down the line and he has a sharp eye. He was one of the first to introduce a Picpoul de Pinet to his portfolio many years ago and nowadays, it is almost expected that this item is on most wine lists.

“Trends are leaning back to Spain” and as an example he talks about Cava, which is made in the Champagne method, offering a more sophisticated product compared to the very popular Prosecco.

Another trend are less house wines on lists and more wines by the glass across the board. Another strong name on the list is The Liberator series, “brought to existence by a close friend of mine, Richard Kelley MW a.k.a. the Cape Crusader, which is another project that we are very passionate about for its fine wines and fun stories and characters that inspire their creation!”

He adds that the latest episode from this unusual range is out there now, a limited release wine called “Arrogance of Sommeliers”.

We have a few new surprises from Catalunya, Ribera Del Duero and La Rioja in the coming weeks.

But Johnny won’t just jump on anything simply because it’s new or fashionable. “Right now they are talking about a blue sparkling wine setting the trend in Europe, but I think we will let this one take its own course”, he says, skeptical of what many in the trade consider overly gimmicky.

Getting close to twenty years in business, Johnny McMorrough has managed to consolidate a company that endured the hardship of recession without compromising its principles, showing that quality over quantity pays off in the long run.

Boutique Wines is now one of the Ireland’s most respected wine merchants and with a growing appreciation for fine wines across the country, it’s one to keep an eye on in order to discover exciting bottles with great stories and the wonderful people behind them. 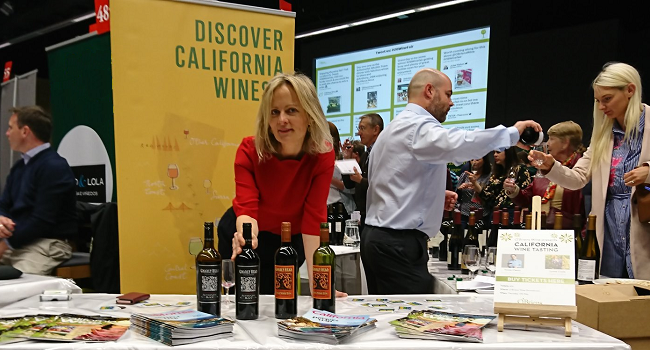 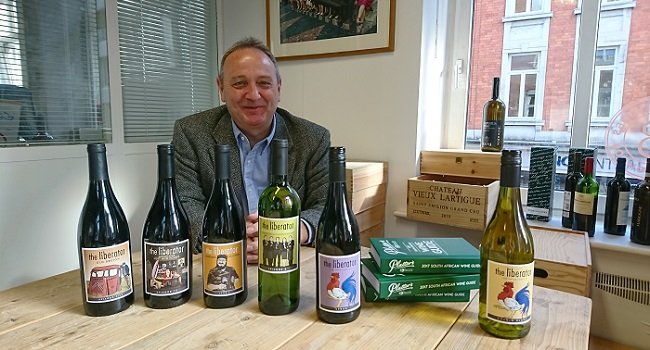 Drinking the Episodes with Richa… 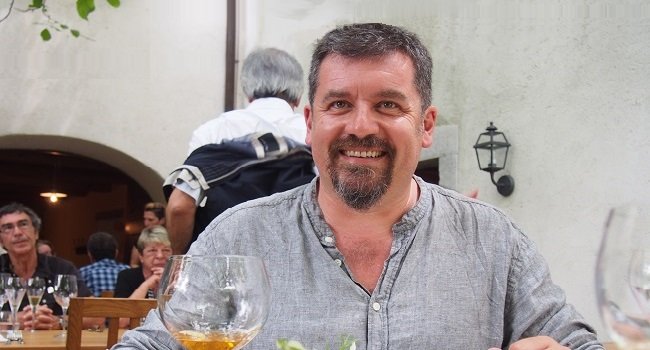 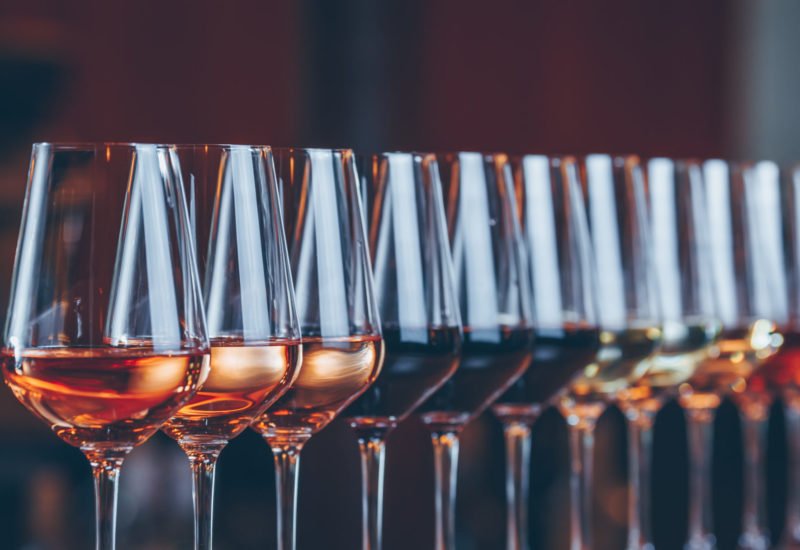