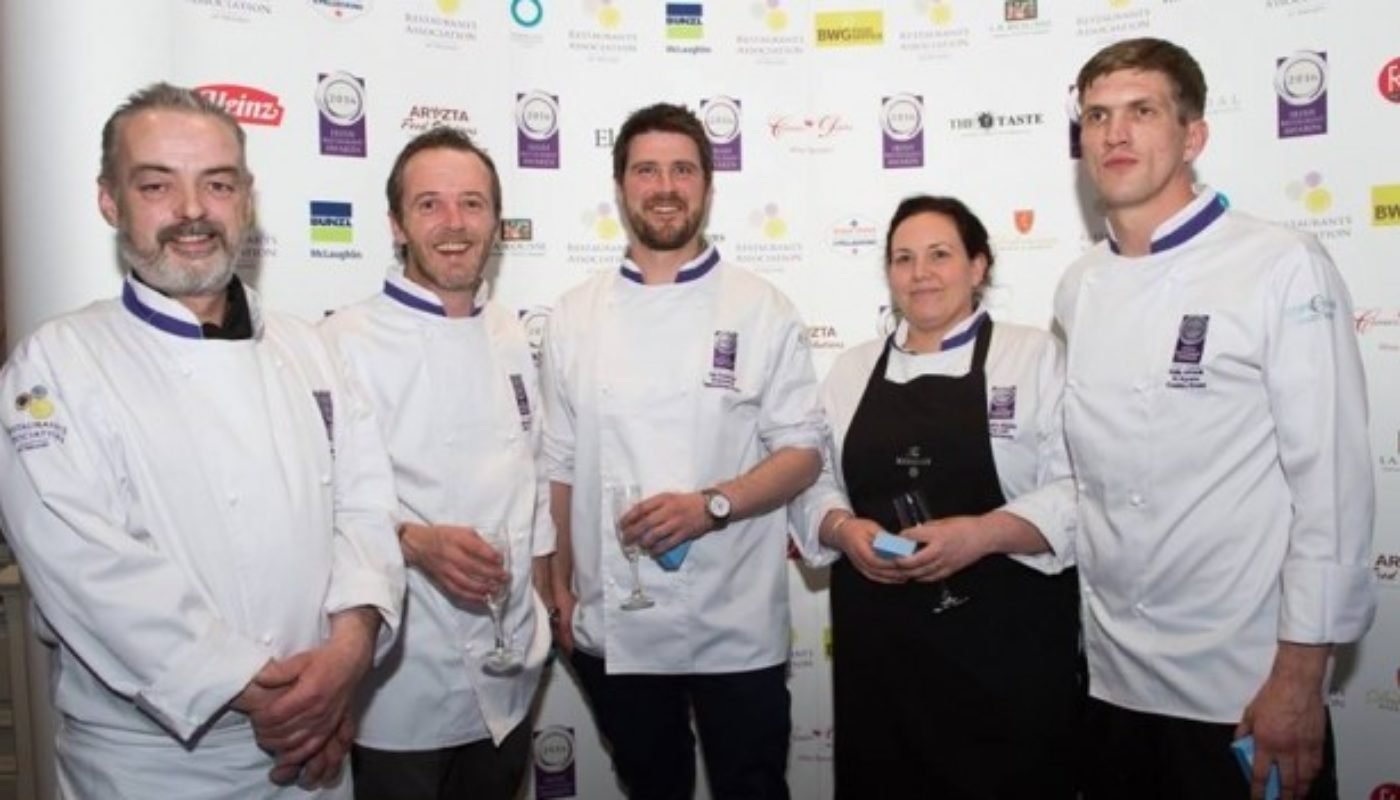 Home » Jess Murphy on Balance and Gender Equality in the Industry

Jess Murphy on Balance and Gender Equality in the Industry

It has been an exciting year for Jess Murphy, Chef/Patron of Kai Café & Restaurant. At last year’s Irish Restaurant Awards Jess was named Best Chef in Connaught, the first female chef to receive the regional accolade. The recognition undoubtedly boosted her profile and that of Kai which she runs with husband David.

Over the last year Jess has been involved in lots of exciting projects including speaking at the Food on the Edge symposium in October and becoming the resident chef for Meadows & Byrne. Most recently she was invited to take part in creating the banquet dinner for the 2016 Restaurant Awards in the DoubleTree by Hilton. When we caught up Jess was standing in her kitchen potting broad beans for a monkfish dish for her 45 seater restaurant, a far cry from the 950 covers she did in May.

It was quite crazy, cooking for that many people was ridiculous. You get a dish and you kind of times it by ten and then times ten by ten, you try to make it in batches of 100. I’ve never cooked like that, I’ve never worked in a hotel so yeah, it was pretty hard. We didn’t have the equipment that we should have had, our scales broke halfway through. You know, normal drama!

You would think that a mammoth undertaking like that would require an entire team of top chefs to pull it off but Jess produced her Fairy Fort Sorrel Cake with Sweet Labneh and Irish Rhubarb with just Sous Chef Sarah by her side. Across two days of prep Jess and Sarah mixed, chopped and plated their way to 950 desserts. “The first day we did twelve hours and then the second day we did more than twelve hours. We had chefs to help us plate up, because obviously plating up takes three and a half hours.”

A high profile event like the Restaurant Awards must come with an incredible amount of pressure but Jess says all the chefs were pretty calm, “we’re all professionals so you don’t flap when you’re under pressure, you can’t flap. You have to heave down and get it done”. This attitude is probably not surprising considering Jess was working alongside four of Ireland’s top chefs, Ed Cooney, Wade Murphy, Rob Krawczyk and Eddie Attwell.

Being the only female chef in that group was ‘bittersweet’ for Jess. “No other female won an award so it was great to be up there, great to be asked you know, but now we are back to no females cooking at the awards again.” The lack of female representation in award ceremonies highlights the underlying issue that female chefs do not get the recognition they deserve in the industry. Jess now refuses to be the only female on all male panels when representing the culinary arts and industry in Ireland.

While some don’t want to be pigeon holed in the female chef category, Jess owns it and is preparing to face the issue head on and tackle the problems that exist in the industry. A recent debate on Twitter resulted in many women coming forward with their own experiences, stories and opinions. While they didn’t all agree, many are glad the conversation is at least happening and it resulted in the idea for a database of working female chefs in Ireland.

Creating the database means that for the first time, people including media, recruiters, food organisations, producers etc. will all have access to the wealth of talent in Ireland, suitable for judging, media and or to provide a female voice and point of view. Jess is hoping this will lead to more opportunities and recognition for female talent. “We’re going to do it in a very positive light, we’re going to set up a database so we can pass it on to people looking for it. People say I can’t find an Irish chef that is equal to the par of international judges coming over.”

With work on the database underway, the next part of her mission is a platform that will allow all of those voices and experiences to be heard. Athrú 2016 is the first think in and conference of its kind, taking place in Galway July 18th and 19th. Leading female chefs and restaurateurs from across Ireland will be coming together to address and workshop gender roles in the industry.

Trish Deseine and Danni Barry will be appearing alongside Jess and there will be international appearances from people like Maria Canabal, President of the PARABERE FORUM. “This is a gender equality issue that we need to address in Ireland and in most kitchens all over the world. I think it’s going to be a really positive thing, and I hope to God we get some young blood Irish women up through the ranks that will hopefully do what I’ve done. That’s the goal of everything and that’s why everything is super positive.”

The conference will also feature male speakers, including Colin Harmon of 3FE, discussing the issue at hand and other industry concerns like workplace conditions and bullying. Athrú has invited men to take part to maintain the idea of gender balance throughout the conference. “This issue isn’t about one man, it’s not about one person. I’m not against men, I believe in gender equality. I’m not slagging men because men and women get bullied in kitchens and all that shit anyway. That’s the status quo, workplace bullying also applies to lads, that’s not gender specific.” Equality, not a reversal of the system, is what Jess is promoting. Having been supported by many men throughout her career, Jess just wants to pass that on by supporting the next generation of chefs.

Her biggest supporter is undoubtedly her husband and business partner David. He runs the restaurant’s front of house team who picked up Best Customer Service in Ireland at the latest Restaurant Awards. Jess was delighted that his hard work was recognised. “That was fantastic, especially for Dave considering he left everything just for me. That man has done everything, left his job, left his career, left everything behind and pretty much went into opening Kai blind. They’re an unreal team as well, it’s just fantastic, its mind blowing actually.”

Jess believes strongly in celebrating and praising the team in Kai. She says everything is a team effort and that restaurants need a balance of great food and service.

Dave leads an amazing team out the front, there’s no bullshit between kitchen and front of house, it’s all one big circle. It’s all one big team you know. On busy nights you’ll see half the kitchen staff out on the floor collecting glasses or sitting people down with menus and having a chat to regular customers. That’s what you do when you’re a small family run restaurant that actually gives a shit about the customers. You go the extra mile and I’m just really glad to be recognised for that.

Going the extra mile for her diners, Jess is often found on her days off travelling the country in search of great ingredients. A big fan of supporting local, she jokes about getting a job on Nationwide, “all I do on my days off is go and drive somewhere and talk to some farmer”.

Her love for artisanal products is matched only by her love of the people that surround her. Jess claims on any given night she will know at least half of the customers in the restaurant. “I love Galway, I love this part of Ireland especially, you know it’s my home and people kind of embraced me living here, they’ve supported my business. We know people, we know who’s allergic to nuts, who doesn’t like this, who loves that. There’s one guy down the road that we think of at Christmas time and we get spiced beef in and then we have the old lady that comes in from Connemara because I’m a massive game cook, just for a game evening. It’s fantastic.”

On top of auditioning for Mary Kennedy’s job, cooking for 950 people, creating events and recipes for Kai and Meadows & Byrne and tackling major industry issues, Jess has somehow found the time to start writing her memoirs. While she’s only a chapter in, the book is to be a memoir detailing the reality of everyday life in the kitchen.

I was saying to Andrea, one of my good friends, you picture working with the beautiful vegetables, an organic veg box, sitting in a green field with a flowery dress on a summer’s day but then really in reality it’s like your legs are swollen, you’ve got no staff, toilets are broken and you know what I mean, shit happens. So it’s all going to be rants really about food, how you feel as a woman I guess running a restaurant and a kitchen.

Through a new creative platform, Jess has found another way to lay bare the truth of her experience in the industry. Long may her honesty last.

To book your table in Kai Cafe & Restaurant click here. 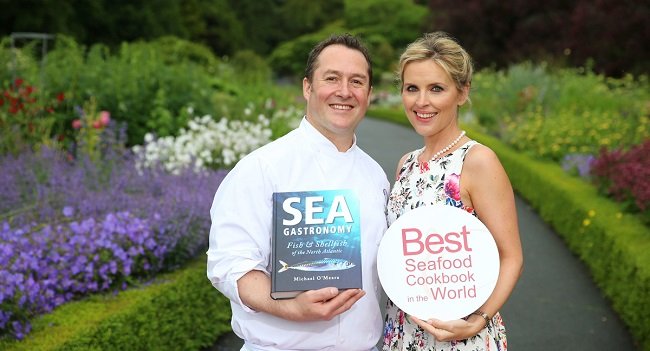 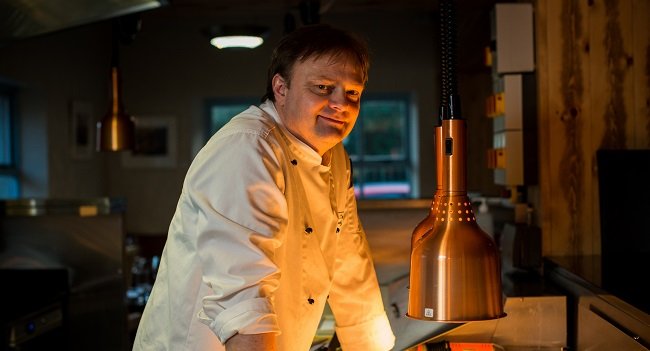 Connemara Cuisine at The Chef’s … 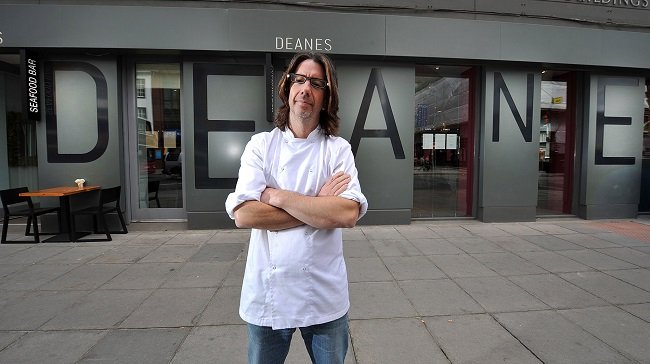 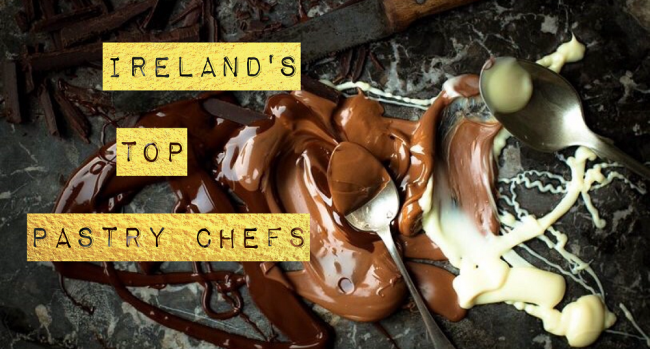