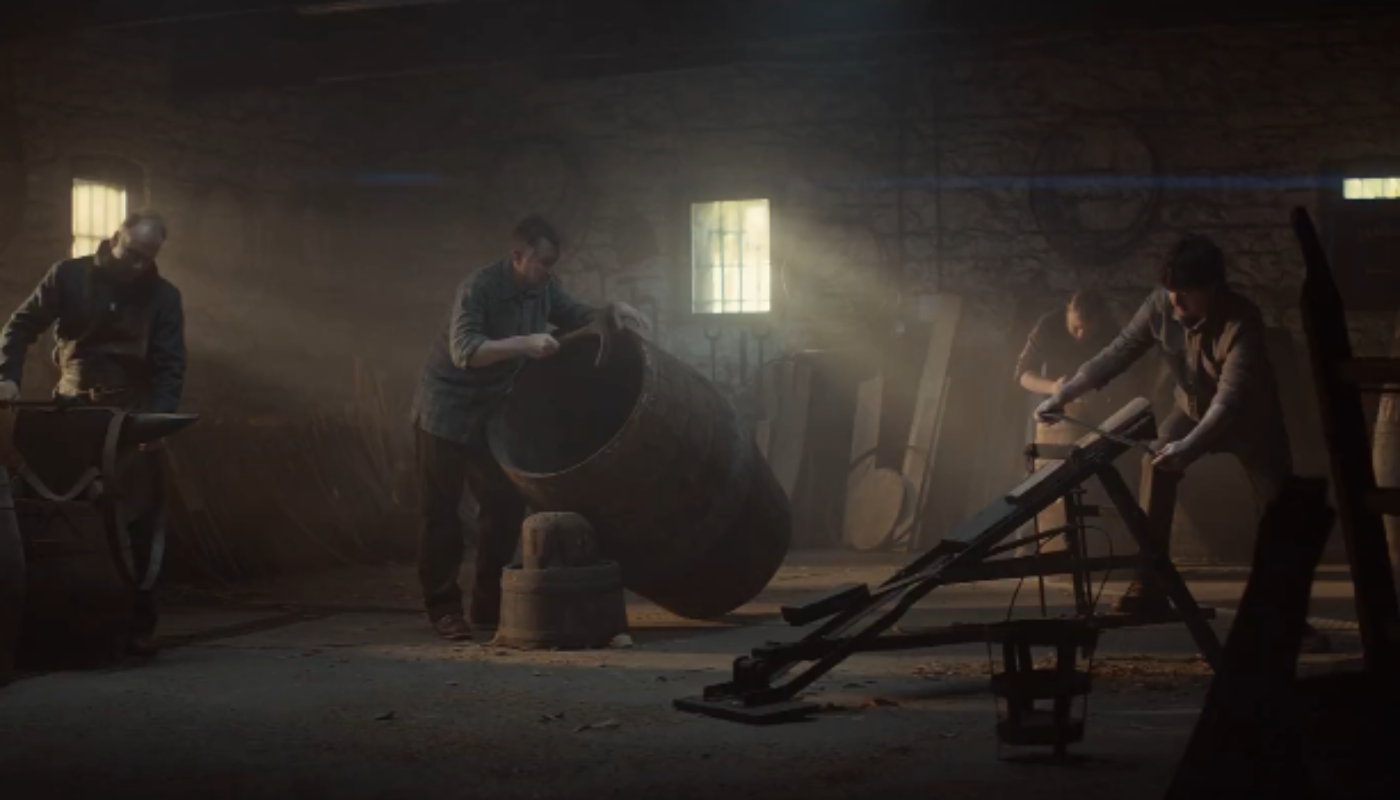 Jameson Irish Whiskey has unveiled a new campaign titled “Taste, That’s Why” which will launch in the US this month, ahead of a wider roll-out later this year. It will encompass television, out of home, digital and social media content to highlight the popular brand of Irish whiskey, produced by Irish Distillers in Midleton Distillery.

Creative agency TBWA Dublin has produced two television films based on true stories about Jameson and made in Ireland, made under the helm of John Kane, Executive Creative Director and directed by award winning Dutch filmmaker Matthijs van Heijningen.

“Scully Was to Blame” is the first film, and it tells the story of Bill Scully’s redemption. The character makes a mistake while working in the Bow Street distillery in the late 19th century causing the accidental loss of large amounts of spirit and the film captures the episode in a light-hearted and authentic way. You can watch it below:

The second film, “Coopers”, focuses on master and apprentice coopers Dempsey and Flanagan, at the modern-day Midleton Distillery, County Cork. They share their passion and craft and slight panic when they learn that their beloved barrels have been loaned to a local  brewery, however, upon their return, experimentation leads to the development of Jameson Caskmates. Watch below:

International Marketing Director at Irish Distillers, Simon Fay, said: “In this campaign we wanted to put the unique taste of the Jameson Family centre-stage of the creative, as this is the reason behind our success – and why bartenders, whiskey lovers and premium spirits drinkers alike all over the world continue to discover Jameson.

He added that “it was also important for us to inject the light-hearted, humorous attitude of Jameson into the campaign in a very direct and transparent way. We feel, along with our partners at TBWA Dublin, that we have achieved the perfect balance of this.”

The videos aim to continue building the “profile and personality of the brand in the USA” and beyond. The ‘Taste, That’s Why,’ campaign will be unveiled across the USA in March, ahead of its introduction to other key Irish whiskey markets throughout 2018.