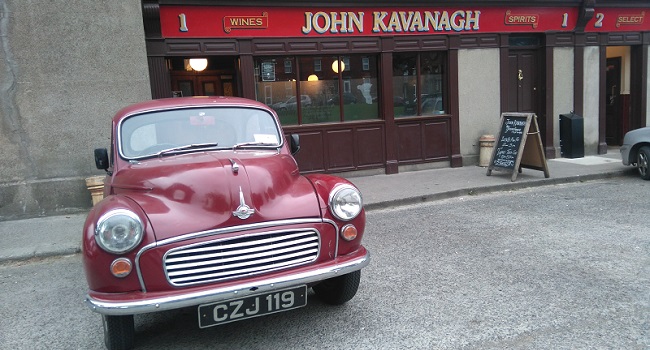 When Leopold Bloom visited Glasnevin Cemetery on a day in 1904 imagined by James Joyce and immortalised on the pages of Ulysses, the pub next door was already nearly a century old. “The gravediggers took up their spades and flung heavy clods of clay in on the coffin”, writes the author, as Bloom and the others said their last good-byes to Paddy Dignam.

This same ground-throwing action was directed to the walls of John Kavanagh’s when buriers felt it was time for a pint, hence the nickname The Gravediggers. The pub has seen countless mourners, merrymakers and everything in between since its first licensee, John O’Neill, decided to open its doors to the living in 1833 soon after the cemetery opened its gates to the dead the year before. 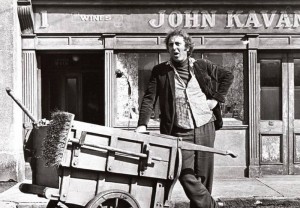 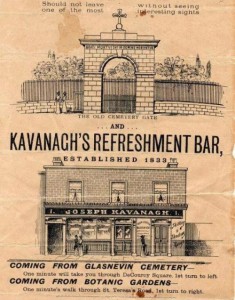 If those walls could talk, what stories would they tell about the eight generations of Kavanaghs that have run the place? An American Civil War hero returning home, a publican who died young and a widow that took charge of the place, a man who ran 170 marathons, just to name a few. But as silent as their next door neighbours, walls can only tell their experience by showing us their aged surface and by holding framed pieces of history hanged around here and there.

Nowadays the place is divided in two areas, the bar and the dining space. The first looks like history and feels like time travelling: no TV nor radio to be heard yet no awkward silence either. The rumble of scattered conversations and glass clicking breaks the pleasant quietness and a game of distinguishing tourists from locals would be too easy to bother with. 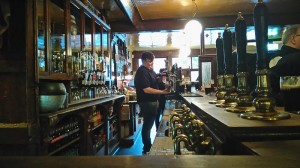 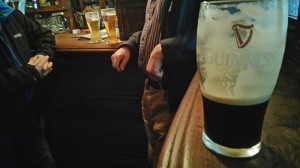 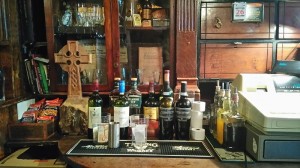 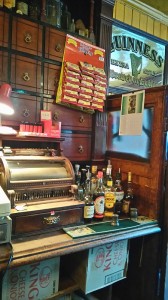 The drink options were not many, but most of the visitors seemed to be going for a pint of Guinness anyway and the friendly staff surely knew how to pour one perfectly. Those who wanted something else could have Smithwick’s Ale and Pale Ale and a few global lagers. There is also a selection of spirits, including of course popular whiskies such as Jameson and Tullamore Dew. 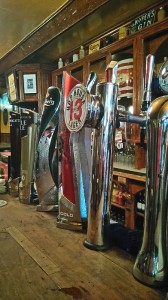 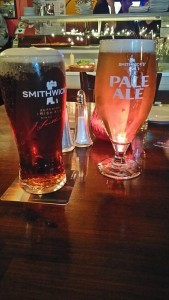 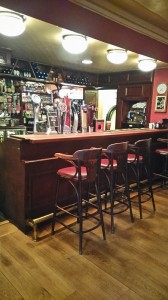 Then there’s the eating area, more modern but still stroked by the brush of time. Brighter and more family-friendly, this side of the establishment has been gaining its own following in the last few years due to the ever-changing tapas menu introduced by chef Ciarán Kavanagh and an also varying selection of home made desserts by Anne Kavanagh.

Tapas are only served Tuesday to Saturday from 6:00 pm to 8:30 pm. There is also a more traditional lunch menu offered Monday to Friday between 12:00 pm and 3:00 pm.

I went for tapas time and after taking a look to the hand written menu on the black board, I decided to trust the waitress’ suggestions, not just because she had an air that reminded me of somebody’s cool aunt but because I wanted to see what they considered to be their most popular dishes. 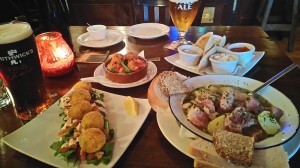 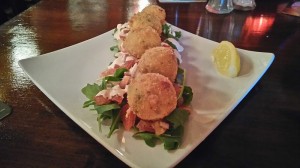 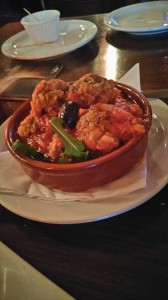 She came back after a short while with a portion of meat balls, a dish with tzatziki, bread and other dips, fish cakes and Ciarán’s Coddle. “Ciarán worked for a while in Italy” was my hostess’ explanation on the Mediterranean twist in the kitchen.

The food was tasty, comforting and the portions were generous considering the tapas format. The dishes felt like good home made cooking and the price range of the tapas was quite reasonable (between €3 to €7,5). The flavours were a lovely mix of Mediterranean and Irish cuisines and the presentation was appealing, not overly sophisticated but you could appreciate they cared.

Overall, the place is the quintessential classic Irish pub and luckily for regulars and tourists alike, it has been able to resist the temptation of becoming a themed park version of itself. It’s still a family run business, austere in appearance and warm in service, where you can enjoy hearty food, good chat and a pint of history. 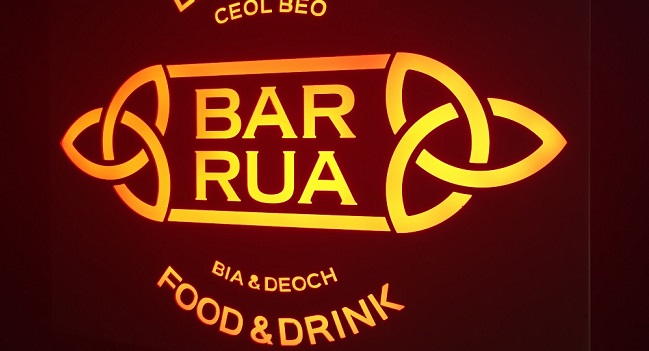 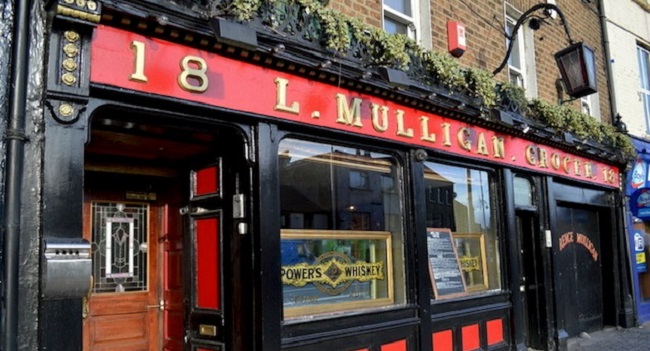 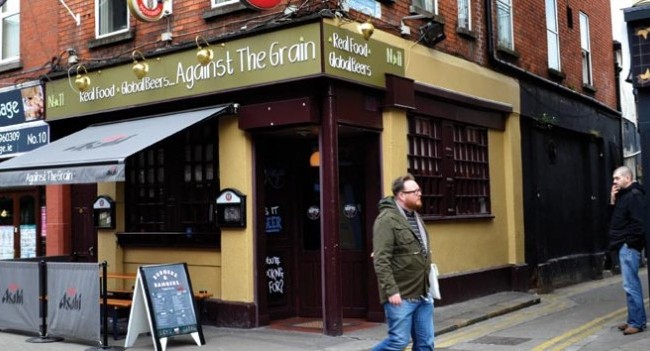 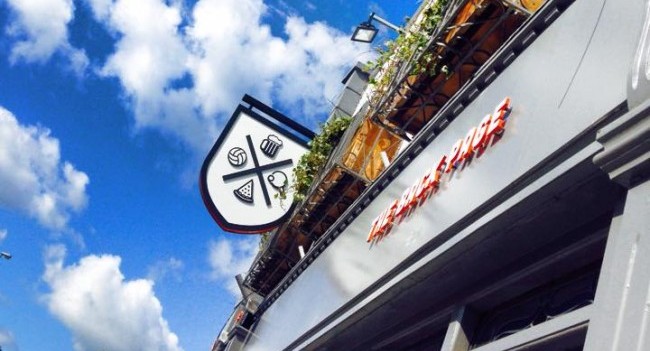