Irish Songs and Places – Travel Around Ireland by Music 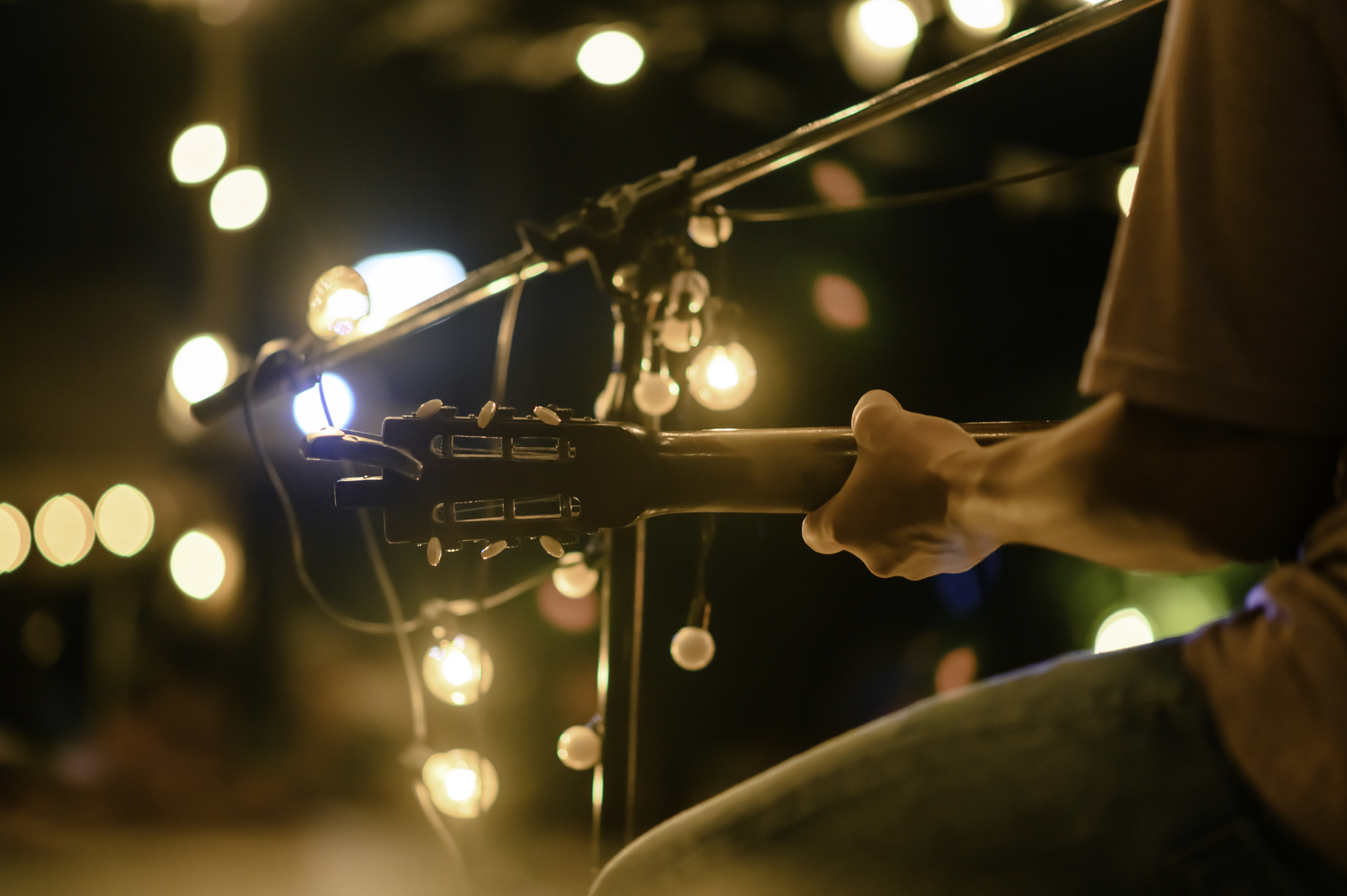 Can a village, town or city be defined by a song or songs? Yes. Did someone really write a song called Terrible Termonfeckin? Yes. Is it included in our non-definitive list of Irish songs and Irish placenames? Absolutely not.

The Song: The origins of this timeless Irish folk tune are unclear (the melody has been traced back to the mid-18th century, and some sources claim that it evolved from two separate songs) but contemporary sources regard it as being popularised by Dominic Behan during the 1960s. It is easily one of the best-known Irish songs, having been covered by the disparate likes of Bob Dylan, Charlotte Church, Van Morrison, Bryan Ferry, Dexys, Ronan Keating, and Katherine Jenkins.

The Place: Not only is Carrickfergus the oldest town in County Antrim, it is also one of the oldest towns in Ireland. Situated on the north shore of Belfast Lough, less than 20km from Belfast, the town takes its name from the legendary 5th-century king, Fergus the Great, whose ship was scuppered by a rock on the County Antrim shore.

MOUNTAINS OF MOURNE, COUNTY DOWN

The Song: With lyrics written by Percy French and the melody (arguably) based on the traditional Irish folk tune, Carrigdonn, this standard is written from the viewpoint of an emigrant worker from the Mourne Mountains area, and how his experiences in London contrast significantly with those of his homeland. A more recent rendition of the song by US singer Don McLean has carried it well into the present.

The Place: Designated an Area of Outstanding Natural Beauty, the Mourne Mountains range includes the highest mountains in Northern Ireland (the highest of which is Slieve Donard, 850m/2,790ft). Extremely popular for hiking, forest walks, cycling and rock climbing, the mountains also have the distinction of their stunning vistas being used as a backdrop to virtually every episode of Game of Thrones.

The Song: It isn’t often that a world-famous (and sometimes controversial) songwriter chooses to focus a song around a relatively out-of-the-way Irish town, but that’s what Van Morrison did in the early 1970s when he wrote The Streets of Arklow. A track on his 1974 album, Veedon Fleece, it describes a perfect day (‘the colour of the day wore on, and our heads were filled with poetry’) in the small County Wicklow town that Morrison had visited in 1973 whilst on holiday.

The Place: Founded by the Vikings in the 9th century, and located at the mouth of the River Avoca, Arklow is a commuter town whose river is crossed by the Nineteen Arches Bridge, the longest handmade stone bridge in Ireland. One of its most famous and acclaimed citizens is singer and songwriter, Róisín Murphy.

The Song: ‘How’s it goin’ there everybody, from Cork, New York, Dundalk, Gortahork and Glenamaddy. Here we are in the County Clare, it’s a long, long way from here to there…’ Perhaps Ireland’s best-known placename song, Lisdoonvarna was written by Christy Moore in the early 1980s and has subsequently been officially recognised as a work of poetry by its inclusion in the Penguin Book of Irish Verse, wherein it resides beside selections by WB Yeats, Seamus Heaney and Patrick Kavanagh.

The Place: Situated in the Burren, between the towns of Ballyvaughan and Ennistymon, Lisdoonvarna is known for its festivals, notably its titular music festival (no longer held since 1983) and its annual matchmaking event, which is one of the largest in Europe.

The Songs: Very few artists have managed to capture the essence of Belfast in song, but Van Morrison has fared better than most. Indeed, songs of his such as Cyprus Avenue, On Hyndford Street, Orangefield, Madame George and  more have cast a spell over the listener for many years, with each song highlighting evocative, remembered snippets of his childhood.

The Place: What a transformation Belfast has achieved within the past 15 years. From world-class cuisine and a thriving nightlife to a cultural history so rich it’s amazing it’s given away for free, everything is here for a great day/night. Oh – and never, ever forget the wonderful Titanic Museum.

The Songs: Cork is different, we all know that, so while songs such as The Banks of My Own Lovely Lee and The Boys of Fair Hill would be viewed as the city’s established and signature favourites, you’d be in serious trouble if you forgot Going to my Home Town (Rory Gallagher), Safety Rope (Mick Flannery), Prince’s Street (John Spillane) or Where’s Me Jumper? (Sultans of Ping FC). Top of the list, though, is After All by the Frank and Walters – and that’s official, following its win as Cork’s Favourite Song in a competition organised by Cork City Libraries and Creative Ireland.

The Place: Ireland’s second-largest city, Cork is a vivid and distinct hotbed of visitor sights (English Market), architecture (Lewis Glucksman Gallery), culture (Crawford Municipal Art Gallery), restaurants and bars (far too many to mention) and perhaps the city’s most treasured commodity: the people.

The Songs: FromMolly Malone, The Auld Triangle, On Raglan Road and Dublin in the Rare Old Times to Summer in Dublin (Bagatelle), Dublin and Old Town (both by Phil Lynott), and Dublin City Sky (Fontaines D.C.), there has been no shortage of songs about Ireland’s capital city.

The Place: As of 2018, Dublin was listed (by the Globalisation and World Cities Research Network) as a ‘global city’, with a grading of Alpha, which places it amongst the top 30 cities in the world. Arts, food/drink culture, UNESCO City of Literature, music, open parklands, galleries – they’re all here, waiting to be discovered and explored.

The Songs: Choosing between Bing Crosby’s Galway Bay, Steve Earle’s Galway Girl and Ed Sheeran’s Galway Girl might cause some conflict, as each has their place. The former was written in 1947 by Galway University College graduate Arthur Colahan, and has gained (assuredly?) eternal fame by its inclusion not only in the film, The Quiet Man, but also as a lyric in The Pogues’ Fairytale of New York. Meanwhile, the standing of Steve Earle’s semi-autobiographical Galway Girl as the most popular contemporary song about the City of the Tribes has surely been gazumped by Ed Sheeran’s (different) song of the same name.

The Place: As Ireland’s ‘Cultural Heart’, the city is justifiably renowned for its festival atmosphere. 2020 may be a different year for everyone, but never forget Galway’s instinctive commitment to the arts spectrum and how to interact with it.

The Song: If there is one song indelibly associated with one Irish city, then The Town I Loved So Well is it. Written by Derry-born Phil Coulter, the song outlines not only his years growing up in the city but also how the conflict in Northern Ireland had such an impact.

The Place: Derry is most unusual in architectural terms because not only is it the sole remaining fully intact walled city in Ireland but also one of the best examples of a walled city in Europe. Architecture aside, Derry is well known for introducing to the world The Undertones, whose song Teenage Kicks is a perennial and well-deserved pop/rock classic.