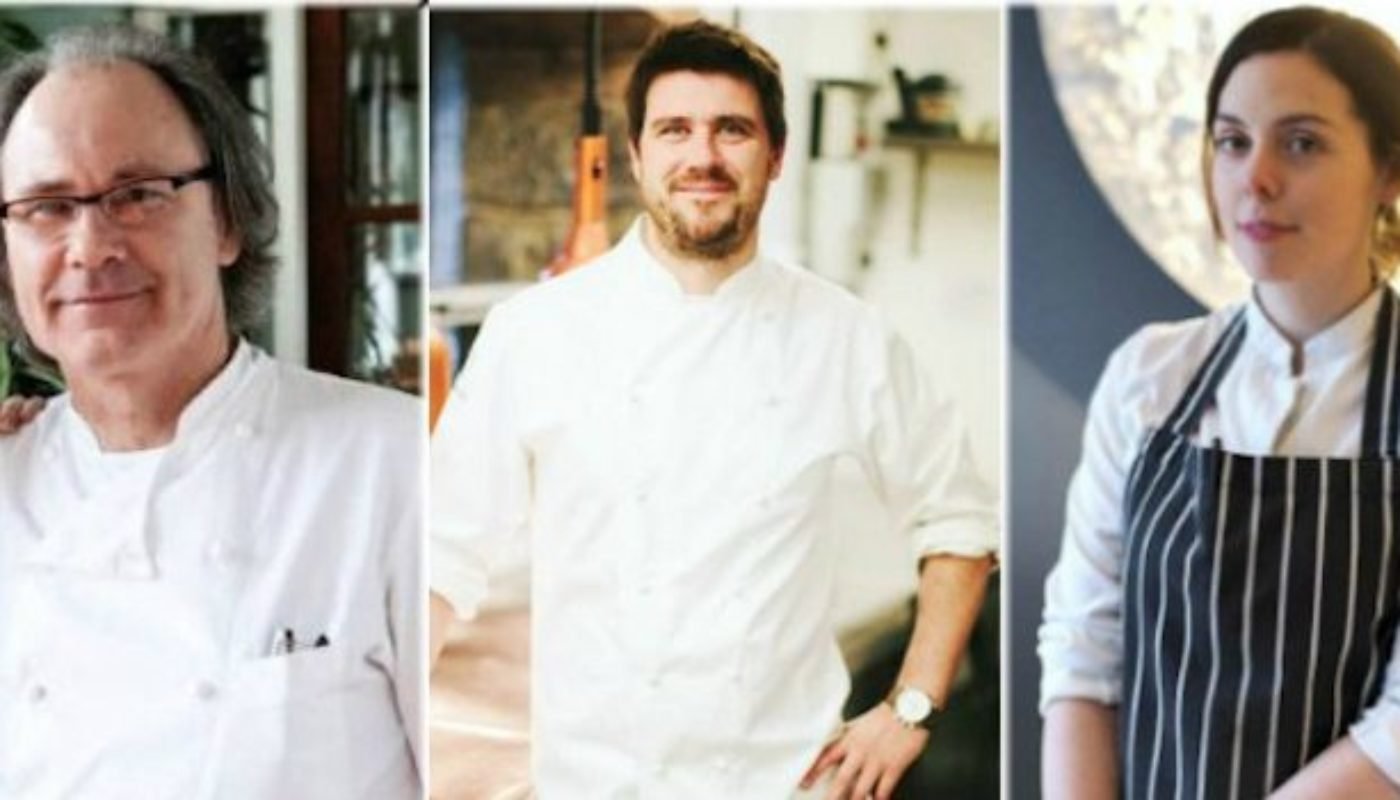 Neighbourhood restaurants are the newest openings as the dining scene is being spread out to suburbs where more affordable properties are available and people are hungry for travelling less into city centres to get a bite to eat.

Restaurants are also decentralising to country locations and, in a shift in favour towards casual dining, the number of pubs offering fine dining on the plate is on the up. Whether pub or neighbourhood restaurant, simply add a few rooms and you’ve got a very cosy food destination.

Well-known venues like MacNean House in Blacklion and The Tannery in Dungarvan have been doing this successfully for years and set a benchmark for others to follow. Casual in feel, these pubs are increasingly offering dishes capable of rivalling the more opulent opposition. Co-owners of the Wild Honey Inn in Lisdoonvarna, they were the first pub in Ireland to receive a Bib Gourmand in 2010 and became the first pub to receive a Michelin star in 2017. They were as surprised as anyone when they got the call from Michelin Guide editor Rebecca Burr telling them to book a flight to a ceremony in London on October 2nd. While they had retained the Bib for nine years, they weren’t exactly expecting the leap to a one-star establishment and the notoriety that comes with it.

Previously owning Muses Restaurant in Bunratty, Aidan then moved to Sheen Falls Lodge, followed by Doonbeg Golf Club, where he was the head chef of the opening team. “We had Muses for seven years,” explained Aidan. “For its time it was a fairly high-end place and I suppose we were experimental in what we did. It was in the Michelin Guide and we did have visits from them. I remember we removed the tablecloths off the tables in 1999 and people thought we were mad. It was for financial reasons; our laundry bill at the time was about £10,000 (Punt) a year!” “When you are running your own restaurant you look at costs and the progressive thing was to look at doing rooms. At the time, pubs weren’t places that served good food and because of drink-driving laws and long hours, publicans were getting rid of licenses. I always felt that having a pub would be a nice thing and to serve nice food in it; people would come as it would be a more relaxed and casual environment and that would be preferred. That type of thing wasn’t available back then, it is getting more common now, but what we’ve done is set a standard. I guess we were rewarded for that last October, but that wasn’t the intention or aim, it was just about having a standard of food in a pub that Kate and I would like to eat.” “A lady came to eat with us in May 2009 when we opened, but we weren’t really up and running fully. She asked us what we were going to do in terms of food and to see the kitchen – it’s one thing I’ve noticed inspectors always do, most are chefs or have worked in the business at the level they inspect and can judge a kitchen set up, no bain maries, storing food, etc. I told her it would be simple pub food, maybe Caesar salads and fresh crab and she said, very directly, ‘There is nothing wrong with a Caesar salad if it’s done correctly!’ I’ll never forget that and the way she said it. That person ended up being Rebecca Burr.”

“Where the food is now and where the food was in the beginning are two completely different places. I have gone back to cooking the food I did in Muses and, basically, the food I learned to cook in the UK years ago, which is classical French cuisine. I decided I didn’t want the fussy side of things though and I liked bistro cooking anyway, so I wanted to do that style more.”

“I used to cook alone back then. The idea was never to dirty too many pots and pans as I had to wash them myself! I always kept my food very simple and I put a lot of thought and effort into that. I had also recognised that chefs were going to be scarce on the ground and I wanted to be able to manage things a bit better by streamlining the menu, I wanted to be in a position that if I had to do it myself, like I had done back when we started, I could.”

“Towards the end of 2016 I got rid of the á la carte menu to keep things tight when we were finishing up so we wouldn’t end up with fridges full of food. I put on a set menu with a few supplements and it worked out really well. All of a sudden the mise en place amount – the preparation you would do in advance – reduced quite a lot and it was then that I thought to myself – this works. We’re still giving five starters and mains and very good value at €40. When we opened last year I decided to do the same thing, but instead of one menu I had two set menus – one with two starters, mains, desserts €40 and one with three of each at €50.”

“We are putting in a new booking system on our website that will be for food and rooms. When the word got out about the award, the booking system was an essential upgrade. I never could have imagined the impact it would have. I was shocked in fact.”

“We got the star for what we are doing, where we have arrived at and where we are happy. The point is that we’re not going to be changing and going out and buying tablecloths! We are a pub with rooms, serving pub food, and we have the star for that and that’s what we’re going to continue doing.” “When I was in the UK, I worked in up in the village of Cartmel with Simon Rogan and again
it is out in the country, very rural. Any expansion they could make to their business was an advantage; they converted upstairs storage space to rooms and it was done to attract more
people to the restaurant. Over here people can see that now and more people are opening
places like this.”

“Rates and rents are astronomical in cities in Ireland; we’ve seen what has
happened in Belfast with people opening restaurants in parts of the city where there have
never been anything like that before. Ox is a perfect example of that. Nobody really lives in Belfast City Centre so to have really good neighbourhood restaurants it should work because there are plenty of people around for them. We find on a Sunday, the people who come to Cleneghans are coming from Belfast because they like to drive in the country and get a room and stay and have an escape from city life.” “We are making some menu changes at the moment because as it is a destination people are travelling to eat in, we want to give them something a bit different from what is more local to them. Some dishes are kind of what you’d expect to find in a pub, but with a twist. We’re still using local ingredients, etc. but the food is similar to what I cooked in Deane’s EIPIC because that’s my style and I want to stick with that. At first I thought I wouldn’t be able to do that and we’d have to have bigger dishes, steaks and traditional pub food and things like that, but we’ve found now we don’t have to do that and just run with one menu.” “I like Dublin and the buzz of it but I do think it is saturated. I’ve always wanted my own
place, a small restaurant, and to do the food I want to do. To do that in a city, you end up having to do more volume and you end up doing something you don’t want to do, to do what you want to do! I don’t want to do that.”

“I was also looking at it from the perspective of produce. Everytime I come down to visit my
mum and dad, I would be reminded of the amazing food and that it was readily available.
People doing bits and pieces around the county and because I would need it on a smaller
scale, it is easier to get for the restaurant.” “I wasn’t looking for a pub with rooms or a place with accommodation necessarily. If I found
somewhere like that then it was an advantage, but I really just wanted to find a restaurant
primarily. Trish Deseine used to rent this place for Christmas and when I took a look around it, I really liked it. It always stuck in my head, it had such nice character and I had a good feeling about it. The bar is over 100 years old; it was called The Chestnut Tree, but we’ve renamed it Restaurant Chestnut.”

“It is an 18-seater restaurant, open four evenings and Sunday lunch, so it will operate for five days in total. The bar will have some charcuterie that I will be making myself too. We also have land and we’re going to grow our own vegetables.” “I am keeping the kitchen simple. I don’t want to run a big operation and then suddenly have a menu that is dictated by how many people are in the kitchen. It was very important that if I have to do it myself, I can. It will be a small seasonal menu that changes regularly. It is food that I can do and want to cook. I love to cook and I am excited about doing this myself.”