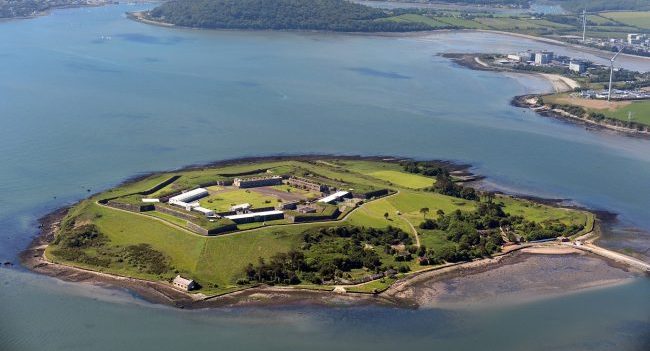 Cork’s Spike Island has been crowned Europe’s leading tourist attraction at the 2017 World Travel Awards, with the former Irish prison beating popular attractions like the Colosseum and the Eiffel Tower.

The 104 acre site, which reopened to the public in June 2016, claimed the top prize at the award ceremony in St Petersburg, Russia, last night.

Impressively, this is the third victory in a row for Ireland following wins by Titanic Belfast last year and The Guinness Storehouse in 2015.

Taking to Facebook, the Fortress Spike wrote: “IT’S OFFICIAL! Spike Island Cork has WON at the WORLD TRAVEL AWARDS 2017, and been crowned EUROPE’S leading tourist attraction 2017! We beat off the Colosseum, Eiffel Tower and more to win the highest award a tourist site can win. “We also became the first ever site outside of the capitals to win this award. We are very proud to make it an unprecedented THREE IN A ROW for Ireland, following in the footsteps of the excellent Titanic Belfast and Guinness Storehouse.

“An enormous thank you to Cork County Council, Fáilte Ireland, those in Cobh with the vision to fight for Spike, our visitors, and most importantly to our incredible staff and tour guides, whose passion and hard work have made this a deserved award. This is owned by each and everyone of you. Our eternal thanks, and onwards and up for Spike Island Cork!”

For more information about the other big winners at the World Travel Awards, visit www.worldtravelawards.com.