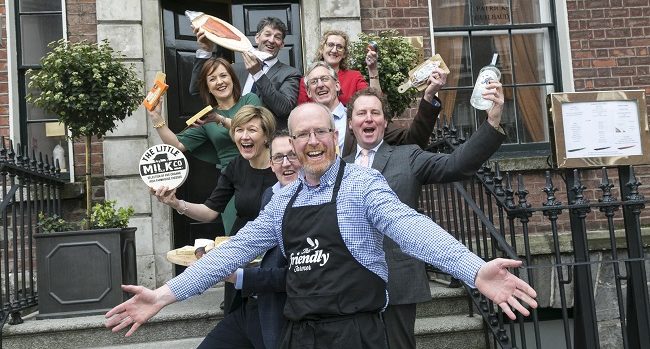 Since 1993 the IFWG Awards have celebrated Ireland’s food producers and organisations. Chef and co-owner Guillaume Lebrun prepared a lunch a incorporated the products of the winners into the menu. There were six Irish Food Writer winners and their first posthumous award was given to the late Oliver Hughes, a pioneer of the Irish craft beer revolution.

Mag Kirwan of Goatsbridge Trout Farm was presented with a Special Contribution to Irish Food Award. The Little Milk Company won The 2017 IFWG Environmental Award for its innovative approach to fostering sustainable family farms. The family of Oliver Hughes, the pioneering co-founder of The Porterhouse and Dingle Distillery, accepted his posthumous award.

Aoife Carrigy, chair of the Irish Food Writers’ Guild said, “This year’s award winners are representative of so much that is great about the food and drink industry in Ireland. Our winners have created sustainable family businesses, continued and built upon the work of their forefathers or collaborated with like-minded people to create products of an exceptional standard.

The IFWG Food Awards was the first of its kind in Ireland and remain unique. No one can enter themselves or their product into the awards. Also no company knows it has been nominated or shortlisted for an award. The Guild is the sole nominating and decision-making body.