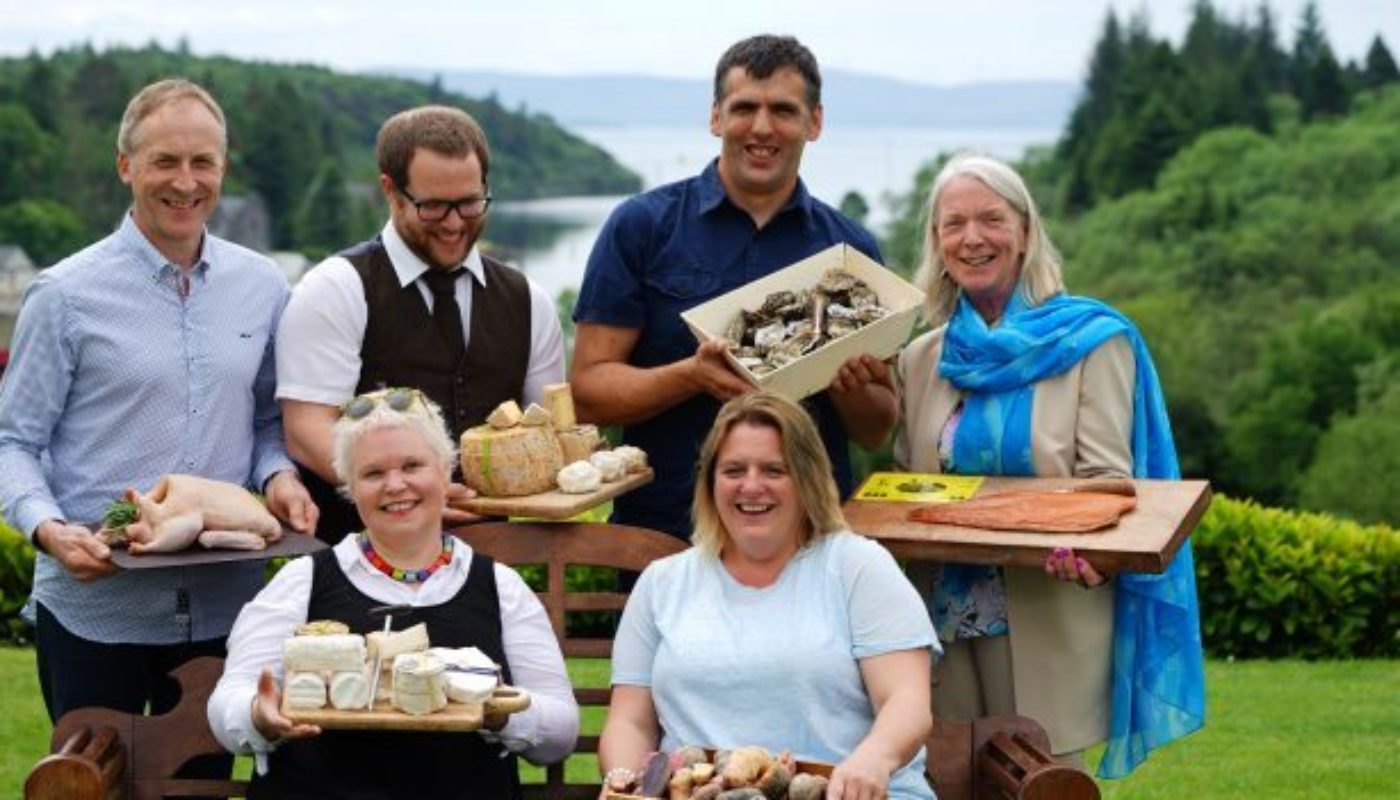 Five Irish food producers have been honoured at this year’s Euro-Toques food awards after chefs around the country nominate their best suppliers.

Voting for the produce that made a difference to their dishes over the past 12 months, chefs nominated their favourite suppliers and the Euro-Toques Ireland Food Council selected the winners from this list.

The list focuses on the foods and production methods that preserve the traditions and heritage of the Irish food, farming and fishing industries.

This year, the five awards categories were water, land, farm, artisan produce and craft. John Ward of Dooncastle Oysters in Connemara was the water winner. The best on land went to Maria Flynn of Ballymakenny Heritage Potatoes. To read their story, click here.

For his Aylesbury-Pekin cross-bred birds, Kenneth Moffitt of Thornhill Duck was revealed as the farm winner. Mother and son duo, Silke and Tom Cropp, were named the winners in the artisan produce category, thanks to their Corleggy Cheese. To read their story, click here.

Finally, Sally Barnes of Woodcock Smokery in West Cork was presented with the craft award at the ceremony in the garden at Ashford Castle.

As well as the food producers, a special award was given to food writer and publisher Georgina Campbell for her outstanding contribution to the Irish food and hospitality industry. The awards were presented in the presence of chef Graham Neville, the Euro-Toques Commissioner General, Anthony O’Toole, the Chair of the Euro-Toques Food Council who selects the award recipients, David Martin, Eirgrid Public Relations Executive, and the general membership of Euro-Toques.

Chef Graham Neville, the Euro-Toques Commissioner General, said: “These awards represent the ongoing mission of Euro-Toques chefs in celebrating the real connections we as chefs have with the growers and makers who produce the exceptional ingredients we are lucky to have access to on this island. Irish farmers and food producers are inspirational, and we are delighted to annually award the Euro-Toques Food Awards to some of these accomplished and dedicated food talents. Our congratulations go to all this year’s excellent winners.”

For more information about the Euro-Toques awards and to stay up-to-date with all the latest news, visit euro-toques.ie.