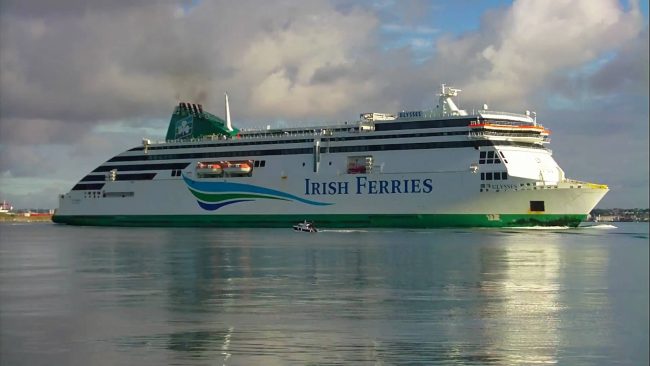 Get your thinking cap on because Irish Ferries have launched an exciting competition to name the newest addition to their fleet of cruise ferries.

The €144 million cruise ferry will be the largest ever ferry operating on the Irish Sea and it’s due to enter service in the middle of next year, so there’s plenty of time left to think of a cool new name for the ship.

If your creative name is selected as the ferry’s official name, you will get free travel for life on Irish Ferries’ services, which is a pretty impressive prize. There are also going to be 20 runner-up prizes. The 55,000 tonne ship will be capable of handling up to 1,885 passengers and crew, along with 500 vehicles and is expected to begin services on the Dublin to Holyhead next summer.

The cruise ferry will also feature 440 cabins, including suites with private balconies, which will sail between Ireland and France at weekends.

For the naming competition, Irish Ferries have suggested that competition entrants consider taking their inspiration from Irish literature, especially given that the company’s other ships have been inspired by Irish literary figures like Oscar Wilde, Jonathan Swift and Irish literature, such as James Joyce’s Ulysses.