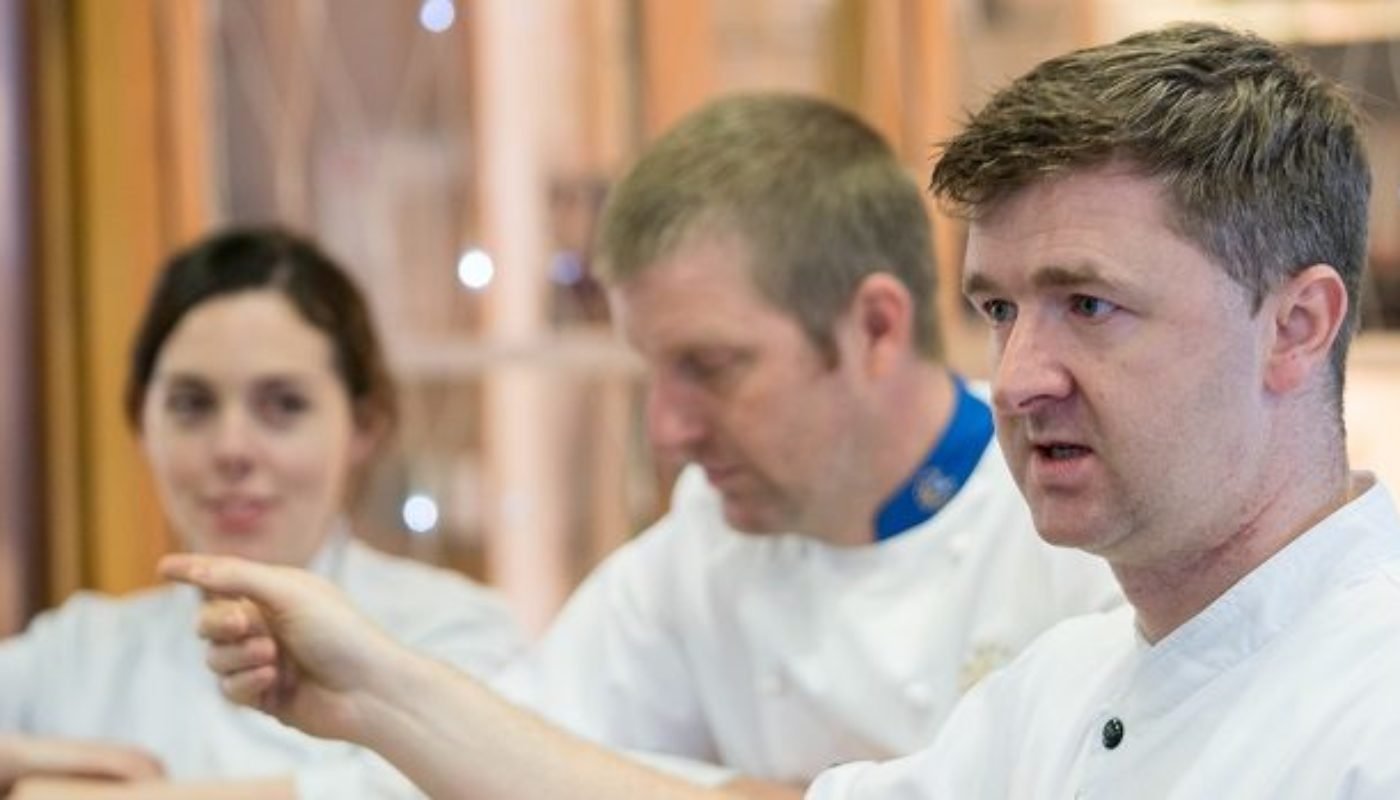 The youth is the hope of our future, and in the case of Irish food, the future is looking bright. The Young Chef of the Year competition has become an annual showcase of the raw talent of the up and coming chefs dotted across the country, with Euro-toques Ireland Young Chef of the Year 2013 Mark Moriarty going on to take the title of San Pellegrino Young Chef 2015.

Fresh from speaking at the Food on the Edge symposium in Galway on October 9th, the talented dozen was yesterday narrowed down to six finalists, who will compete for the coveted title on November 19th. These gifted young chefs will be put through their paces by special guest judge Richard Corrigan, Wade Murphy of 1826 Adare, Danni Barry, formerly of EIPIC and soon to open Cleneghans in Moira, Co. Antrim, Graham Neville of Dax restaurant, Paul Kelly, Executive pastry chef at The Merrion and The Marker’s Gareth Mullins.

The six finalists will be flown out to 3 Michelin star restaurant Da Vittoria in Bergamo, Italy, for a unique lunch experience before taking part in the competition finals in Cooks Academy followed by gala dinner at the Intercontinental Hotel in Dublin on 19th November at which the winner will be announced.

The six Euro-Toques Young Chef of the Year finalists will be tasted with devising two dishes, one sweet and one savoury, inspired by this year’s contest theme ‘Back to basics – old-school cooking’. Finalists are expected to use their creativity and demonstrate their culinary skills, focusing on basic, simple techniques – old-school cooking that provides the fundamentals and solid foundation of any cuisine. They will also spend a day meeting producers whose produce will be used in the competition finals.

Euro-Toques Ireland has increasingly focused on education and, together with presenting partner La Rousse Foods, has developed a programme for this year’s competition which includes workshops, demos, visits to suppliers and culinary activities that aim to mentor and develop the exciting new Irish culinary talent participating in Euro-Toques Young Chef of the Year.

The finalists will compete for the prestigious title as well as a fully funded stage at Corrigan’s Mayfair in London to hone their skills, as well as a bespoke trophy designed by renowned Irish chef and artist Kevin Thornton.